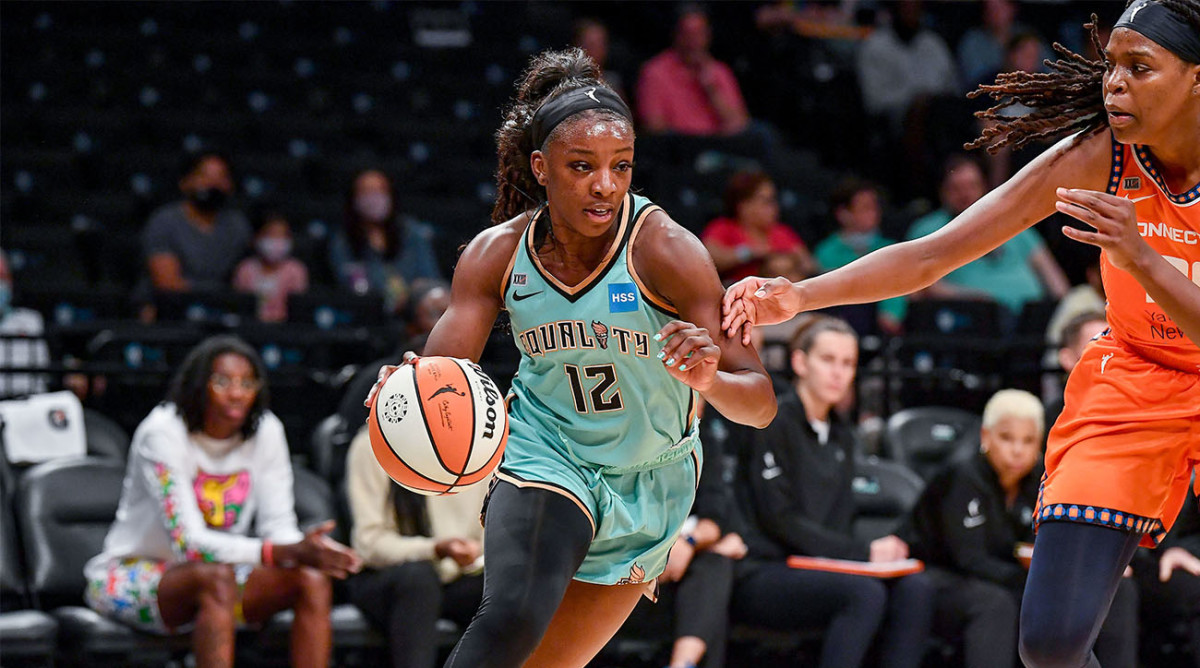 Liberty rookie Michaela Onyenwere was named 2021 WNBA Rookie of the Year on Tuesday.

She received 47 votes from a national panel of 49 sports journalists and broadcasters. Dreamwatch Aari McDonald and Liberty wing DiDi Richards each got one vote.

Onyenwere, the number 6 pick in last spring’s draft, was the only player in her draft class to average at least 20 minutes per game. She led all rookies in points per game, was first in field goals scored — both twos and threes — and finished second in total rebounds.

“It would definitely be an honor,” she told me in September about the prospect of winning the award. “I certainly didn’t come into this season thinking ‘This is what I want to do’, but to have it possible, and look how far I’ve come, and with the growth I’ve seen in myself – I’m proud By myself.”

Kelsey Plum was named sixth player of the year at other WNBA awards last week. Sun-striker Jonquel Jones took home the league’s MVP award, while teammate Brionna Jones won the Most Improved Player award and coach Curt Miller was named Coach of the Year. Minnesota’s Sylvia Fowles was named the league’s Defensive Player of the Year.