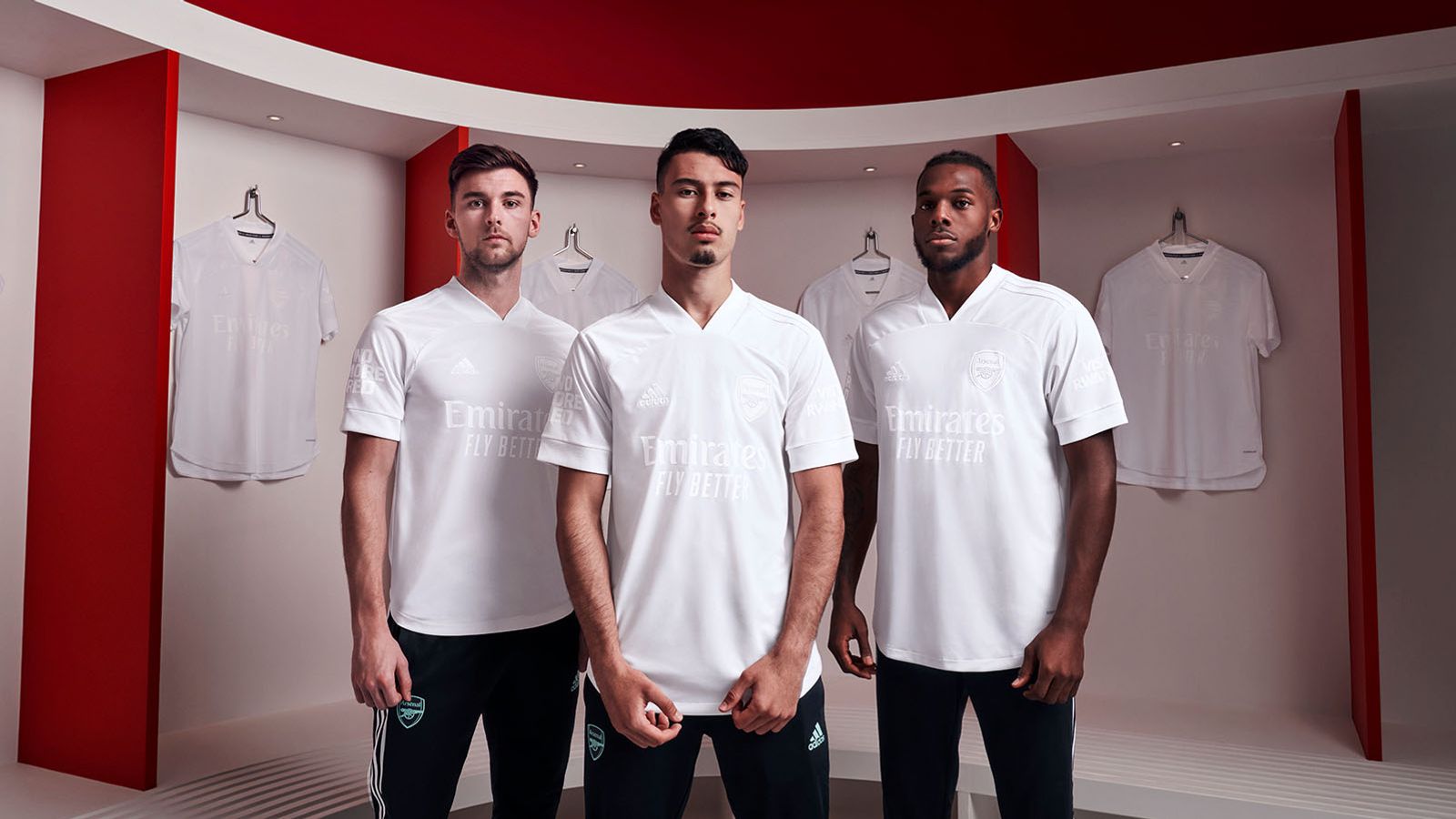 Arsenal will play in a one-off all-white streak against Nottingham Forest as part of the launch of the No More Red outreach and anti-knife crime initiative with adidas.

Arsenal are removing the red from their iconic shirt and will wear a special all-white kit for the first time in the third round of the FA Cup with Nottingham Forest at the City Ground on Sunday.

The kits are not commercially available and are only awarded to individuals who make a positive difference in the community.

The partnership with the club’s kit manufacturer will build on Arsenal’s work in the Community to keep young people safe through new investments for safe spaces to play football, and mentorship opportunities where local young leaders are supported by creative talent including Ian Wright and Idris Elba.

It comes after last week’s confirmation of a record 30 teenage knife fatalities in London in 2021.

“Hopefully the idea of ​​Arsenal coming in all white and saying ‘No More Red’ will make people think, ‘Wait a minute, what’s going on here?’ – then look further and try to find out more,” actor Idris Elba told Sky Sports News. 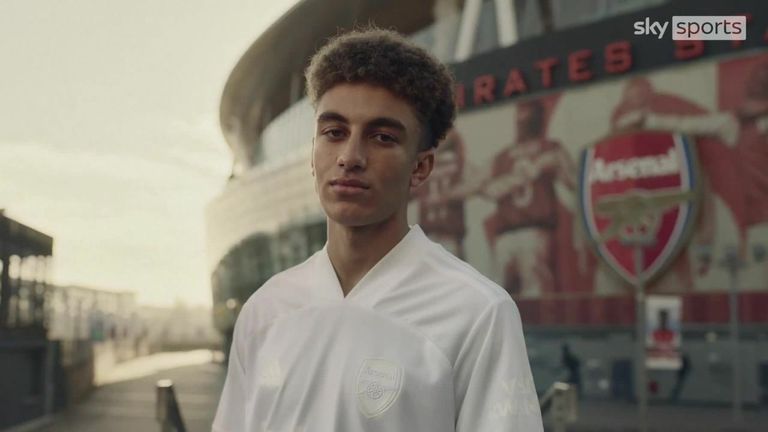 Arsenal partners with adidas to launch the No More Red Knife Crime Initiative to tackle youth violence. As part of that, Arsenal will wear a tailored all-white kit for Sunday’s FA Cup game against Nottingham Forest

“I hope it has an impact that carries over to other football clubs and inspires other ideas for collaboration and investments in practical things to help young people, whether that be football fields, or youth centers like the one I went to in Forest Gate, where I and where I really fell in love with film.

“We need to give young people, especially teenagers, another option and an alternative to knife crime and gangs. It’s about what we can offer them as an option.”

The 10 shirts that Arsenal’s outfield players wear in the cup match will be donated to organizations working in the community to tackle some of the root causes of knife crime and youth violence. The Don’t Stab Your Future initiative — which uses fashion to support people who work to keep children away from crime — is one such organization.

Award-winning actor Elba has used his stature to raise awareness about knife crime and says the No More Red initiative is a case that struck a chord with him right away.

“The reasons why they [adidas and Arsenal] doing really appealed to me.

“I have a huge childhood following and people always say to me, ‘Idris, you came from the same place I came from, how did you do it?’ And so it is with football players.

‘Our biggest collaboration is with the fans’

“It takes a village, because no man is an island,” Elba continued. “That’s where awareness-raising partnerships and collaborations come in.

“Our biggest partnership is with the fans. Hundreds of thousands of fans go every Saturday and Sunday, and millions of people come together to watch football.

“You really start your football journey as a teenager, and that’s the power of collaboration there. That’s where adidas, Arsenal, Ian Wright – who I was a fan of growing up – myself, Don’t Stab Your Future, everyone, us are all here to reinforce this message. 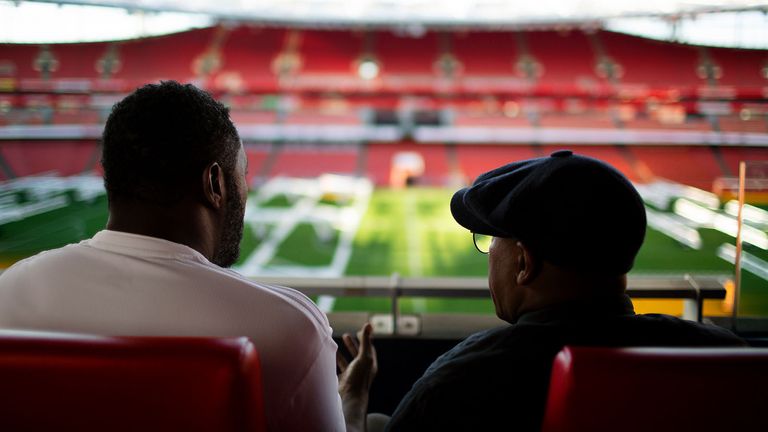 Idris Elba, Ian Wright and voices from the North London community discuss the violence on the streets of London and how Arsenal and adidas have teamed up to fight the problem through the ‘No More Red’ initiative

“Football makes you feel like you’re in this together and that’s how powerful sport is, and football in particular. You literally use your voice to cheer and cheer the players up, and football probably becomes a bit underused, how it connects with the youth and how it can become a beacon of light for the youth.”

‘Temperature of violence different in 2021’

About 10,000 crimes reported in the capital in the 12 months leading up to June last year involved a knife.

Elba believes the coronavirus pandemic and the effects of the lockdown have increased stress and tension among young people, exacerbating the knife crime problem.

“The temperature of the violence in 2021 was completely different – ​​and one of the main things we didn’t experience in the 1980s was a two-three-year pandemic that has not only put pressure on the world and global citizens, but our country in a way we’ve never seen before.

“These are children that we are talking about and these children (the 30 that were killed) might have been alive if we hadn’t gone through some of the most difficult times in the world that we have ever seen.

“I’m not saying there wouldn’t be knife crime if the pandemic wasn’t there, I’m saying it ended up making it worse for everyone. The stress levels are really, really high and so the level of violence and the nature of the gang culture has assumed a different form.

“That’s what I think has changed a lot since I was growing up, and especially the last two years have been particularly dangerous. The knife culture has seeped into the streets and the consciousness of these children and into communities, it’s got worse and it’s tragic.

“We are now at the beginning of the year at a crossroads where hopefully – and I use the word on purpose – we can say that we want to change it, and shine a light on it, that we’ve had enough and as a village, we want to do something about it.

“Adidas, myself, Arsenal, we will never get to the bottom of why knife crime happens, but what we can do is make a lot of noise about it so people are much more aware – everyone from the people who make the knives and sell them to the people that they hold.

“It’s about creating that awareness and telling people, and showing people that we’re paying attention.”

Ian Wright: Together we can make a difference

Club legend Wright can also be seen in a powerful series of videos alongside Arsenal players Emile Smith Rowe, Bakayo Saka, Reiss Nelson, as they make a passionate plea for ‘No More Red’ – an end to knife violence.

wright said: “Every young person deserves the opportunity to express themselves. The chance to exist in a safe environment. The chance to live free from fear of violence.

“We can never accept the loss of life from youth violence as ‘normal’ in our city and it is so important that we all work together to create a better environment for young people.

“By giving young people more places to exercise, more support and access to individuals who can inspire them, together we can make a difference for young people in London.”

Arsenal’s Community Head, Freddie Hudson, added: “Safety is just one component, No More Red also provides educational opportunities that help individuals make better, informed choices about their future. It also sends a wider message that by pursuing of your talent and focused on ambitions and positive influences, there are alternatives.”

To learn more about the initiative, visit here