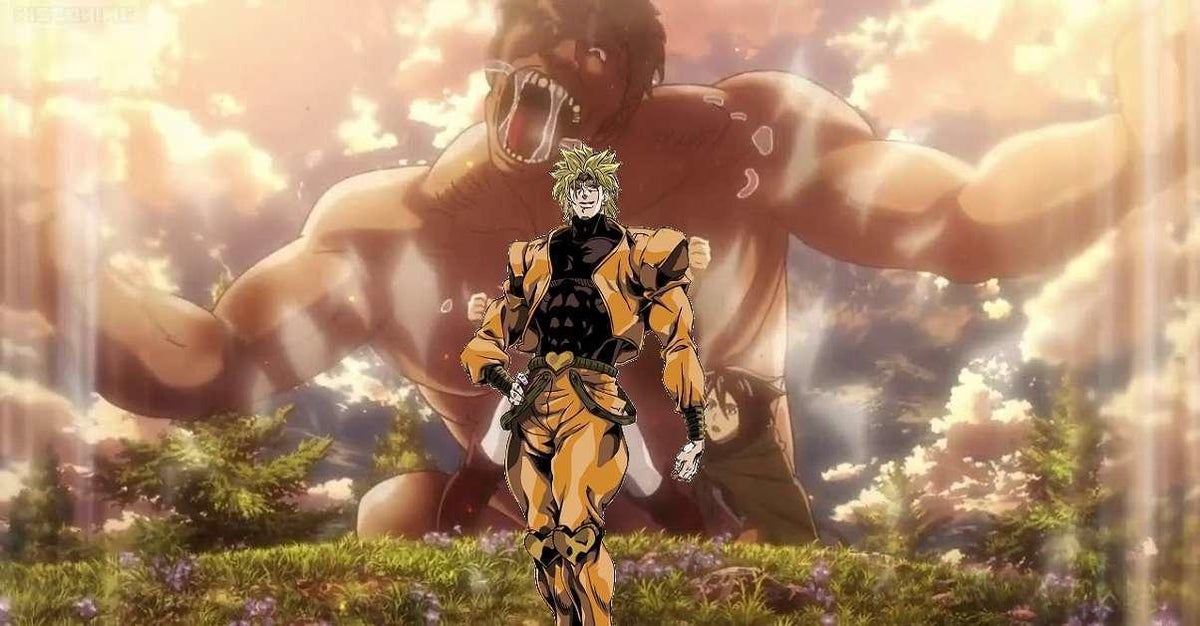 JoJo’s Bizarre Adventure and Attack On Titan couldn’t be more different, with the latter delving into much darker subjects in the battle between the island of Paradis and the nation of Marley than the world of the Joestars and Stands. However, one fan artist has merged the two series into one fusion artwork that imagines what Eren Jaeger would have looked like as a Stand user himself, just right for the Joestars and their enemies.

Honor during the first three seasons of Attack on Titan was determined to destroy all the Titans and swore revenge for the death of his mother and the destruction of his world. After the titanic battle against the Armored, Colossal and Beast Titans in the grand finale of the third season, Jaeger learned the truth of the world thanks to his father’s cellar, but he also had a surprising encounter with Historia who apparently let him do things. see his perspective. Now that he’s gone so far as to trample innocent Marleyians under his giant feet like the Attack Titan, Eren has become a threat to those he originally saw as friends.

Reddit Artist New Epic Artist shared a new take on Eren Jaeger, putting him in the position of the Stardust Crusader, Jotaro Kujo, and imagining his Attack Titan form as a stand of his own in the same vein as Star Platinum, one of the most recognizable is that JoJo’s Bizarre Adventure has introduced over the course of its series:

Currently, Attack on Titan has only 11 episodes left in Studio MAPPA’s current series of episodes for the final season, leaving many fans wondering if the final battle will take place on the small screen or if the studio is currently working on a movie to bring the dark show to an end. While the Stone Ocean may not be as bleak as the Scout Regiment story, it’s doing just as well in fans’ minds after debuting on Netflix last year.

What do you think of this fusion between the work of creator Hajime Isayama and Hirohiko Araki? What other Scouts would you like to see as Stand Carriers? Let us know in the comments or drop me a line on Twitter @EVComedy to tell us all about comics, anime, and the worlds of Stands and Titans?