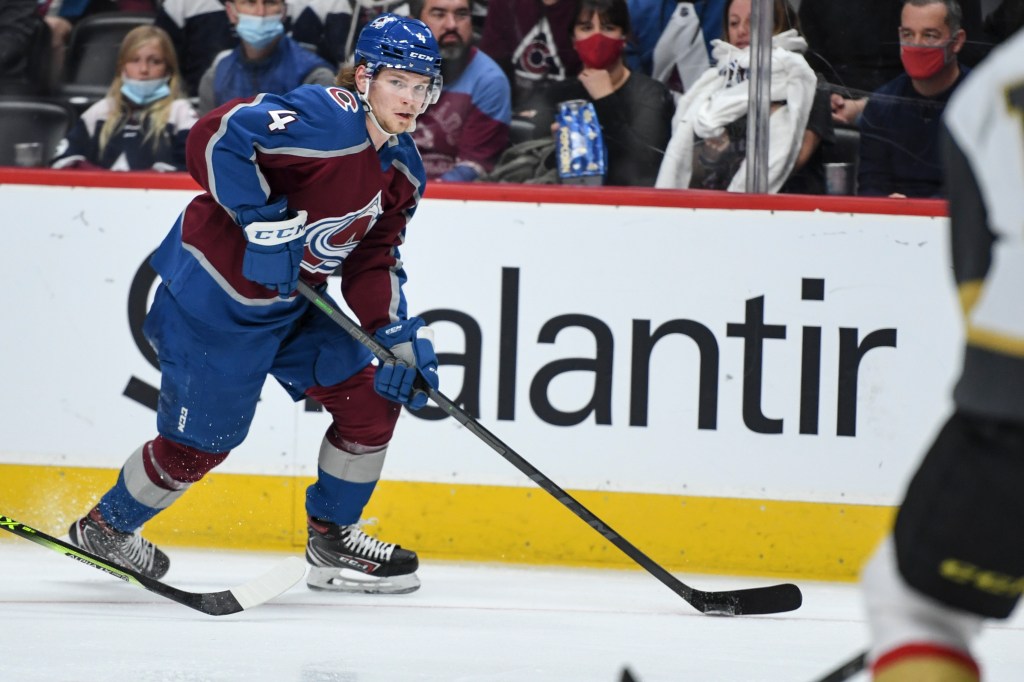 Minutes from the warm-up at the Bridgestone Arena in Nashville on Tuesday, Avalanche announced that rookie defender Bo Byram has left the team for personal reasons and would not play against the Predators.

The Avs, which did not disclose any other information about Byram, 20, also said veteran forward Darren Helm is out with a lower body injury. He was replaced by Mikhail Maltsev, who was recalled from the AHL’s Colorado Eagles.

Colorado is already without left wing and team captain Gabe Landeskog, who misses his second game after testing positive for COVID-19 on Monday.

Earlier Tuesday, the NHL announced that Colorado coach Jared Bednar will coach the Central Division in next month’s All-Star game in Las Vegas. Bednar is the first member of the Avs to be named head coach at an NHL All-Star game.