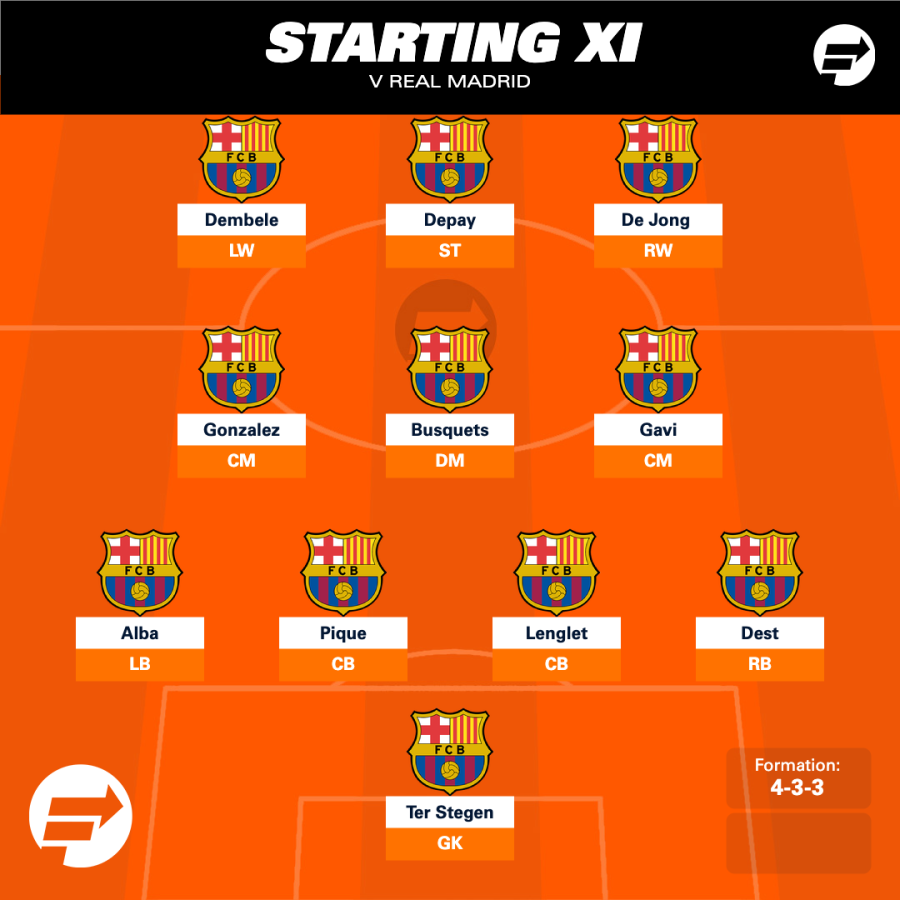 We may only be a few weeks into 2022, but soccer fans around the world are already ready to enjoy the first El Clásico of the year.

On Wednesday night, Barcelona will face Real Madrid at the King Fahd Stadium in Saudi Arabia for the semifinals of the Spanish Super Cup.

Whoever wins will face Athletic Bilbao or Atlético Madrid in the final on Sunday night. So how do both teams view the game?

In defence, Xavi will be without central defender Eric Garcia, who is now expected to be out for a while due to a hamstring injury.

He joins Sergi Roberto on the injured list, so Barca are likely to be left with a back four of Sergino Dest, Gerard Pique, Clement Lenglet and then Jorgi Alba at left-back.

Gavi’s ban will carry over to Barca’s next league match, meaning he should return to the starting eleven to play in midfield alongside Nico Gonzalez and Sergio Busquets, in the absence of a fit Frenkie de Jong.

In attack, Barca are unlikely to risk Ansu Fati at the moment, meaning Ousmane Dembele, Memphis Depay and Luuk de Jong will be tasked with making the best of Madrid’s backline.

Carlo Ancelotti is unlikely to make too many changes from the team that beat Valencia in the league, with a four-man defense of Daniel Carvajal, Eder Militao, David Alaba and Ferland Mendy facing Thibaut Courtois on goals.

The ever-present trio of Toni Kroos, Luka Modric and Casemiro will undoubtedly be in charge of getting the best out of this battered and bruised Barça in midfield.

In front of them, you should see a front three from Marco Asensio and the remarkably fit Vinicius Jr supporting the evergreen goalscoring threat of Karim Benzema.

How Barcelona and Real Madrid could line up