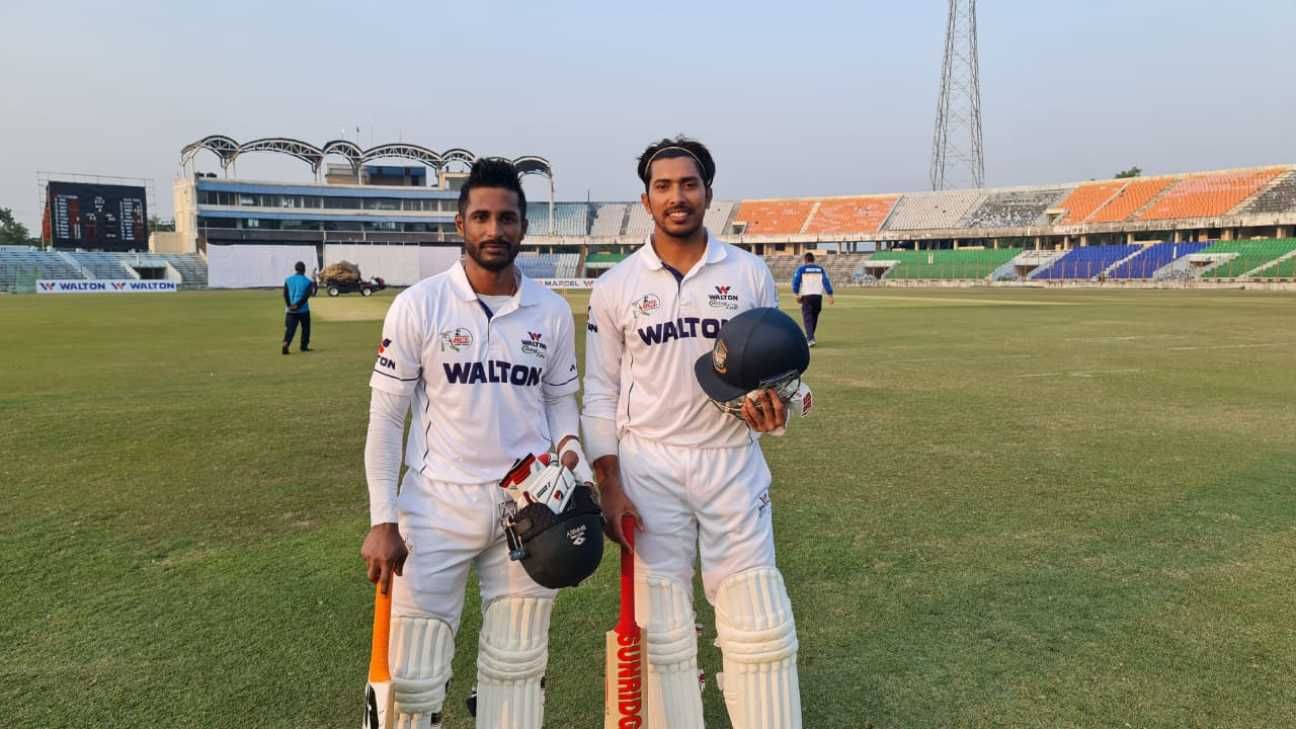 Hridoy’s top scored with 122, hitting 13 fours and four sixes in his 155 balls. He added 201 runs to the third wicket with Amite making 117 with 17 fours. Amite had previously added 108 to the second wicket with opener Pinak Ghosh, who chipped in with 74.

Left-hander Zakir ran off on the runs after the two major partnerships, hammering nine fours and two sixes in his 109 of 185 balls. He was the last man out at 494 in 158.3 overs.

Previously, Soumya Sarkar and Shuvagata Hom made 150 and 152 respectively to help Central Zone to their big first-innings total. The pair added 193 runs to the fifth wicket; Soumya hit 12 fours and three sixes in his stay on 292 balls, while Shuvagata hit 18 fours in his 211 ball stroke.

Spinner Rishad Hossain took 5 for 129 from his 34.5 overs, his second five-for in first-class cricket. Central made 99 for 4 in the final session, with Soumya scoring top with 43. Rishad took two wickets.

Left-arm spinner Sunzamul Islam took a move of 11 for 145 to give the North Zone a six-wicket victory over the East Zone at Shahid Kamruzzaman Stadium in Rajshahi. Sunzamul took an eight-wicket move in the second innings, but it was only after left-arm fast Shafiqul Islam took 5 for 35 in the first innings that helped the North Zone control the game.

The North Zone ruled out the East Zone for 166 before taking a 144-run lead. Tanzid Hasan made 91 using 14 boundaries while Mahidul Islam Ankon and Sharifullah contributed 48 and 49 respectively. Ifran Hossain took 5 for 56 while Tanvir Islam took three wickets.

Sunzamul then took matters into his own hands and took 8 for 98 in the East Zone’s second innings to help level them at 254. It was the fourth time Sunzamul took eight or more wickets in an innings.

North Zone then struck out the required 111 runs in 28 overs, with Junaid Siddique as the top scorer with 38.