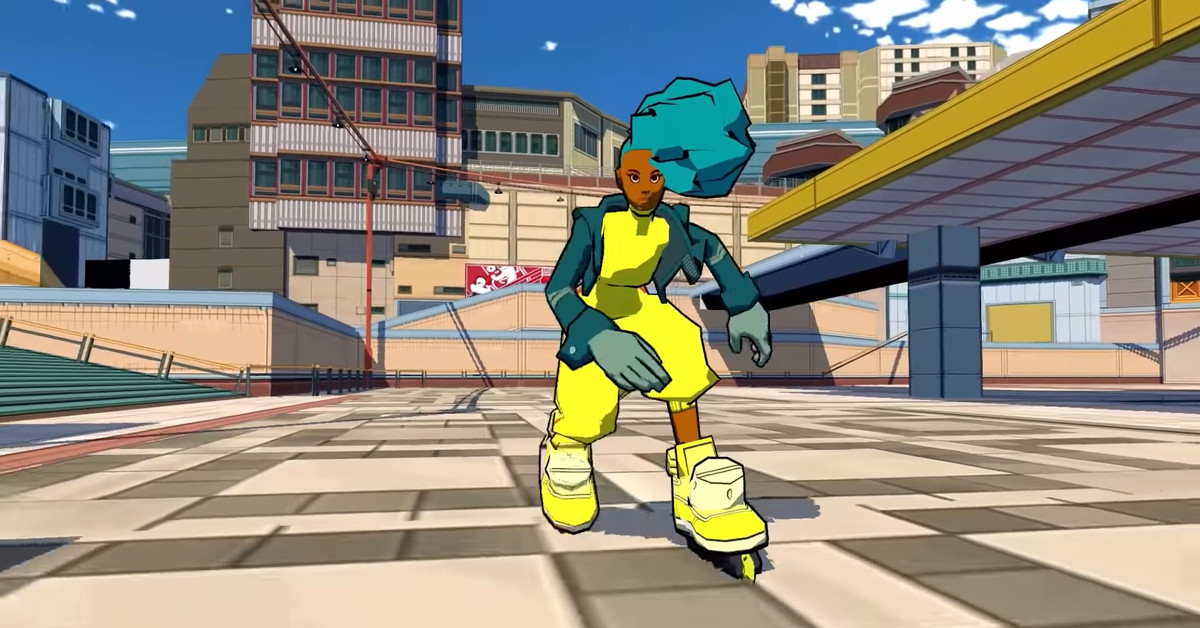 Bomb Rush Cyberfunk is a stylish tribute to the Dreamcast era, but it still has a few new tricks up its sleeve. A new trailer shown by Team Reptile shows everything the game world has to offer, including new gameplay on the BMX bike, skateboarding and inline skating. That Jet Set radio-esque action-graffiti games are scheduled to be released in 2022, and a note from game director Dion Koster said the team is “going hard” to release the game this year.

The new trailer has a fresh track called “AGUA” by Bx’treme and includes a commentary explaining why the team decided to include skateboarding, skating and BMX. According to Koster, Bomb Rush Cyberfunk “is a game about the street,” and it is meant to be “a great street culture symphony” of childhood feelings by going to places like the skate park. In that spirit, the team decided to bring new extreme sports to the game.

Koster also gave potential players a tip: Apparently, the way players get around town will play an important role in the game. “Style is not just about looks,” Koster said. “Many secrets can be found by getting points and making combinations throughout the scene.”

IN Bomb Rush Cyberfunk, you do not just want to do sick tricks. You also want to spray graffiti and avoid the law while trying to become an All City King. The developers also announced that the game will feature new music from composer Hideki Naganuma, the composer behind Jet Set radio and Jet Set Radio Futures iconic soundtracks.

Team Reptile revealed Bomb Rush Cyberfunk in 2020. So far, we know the game is coming to Nintendo Switch and Windows PC.