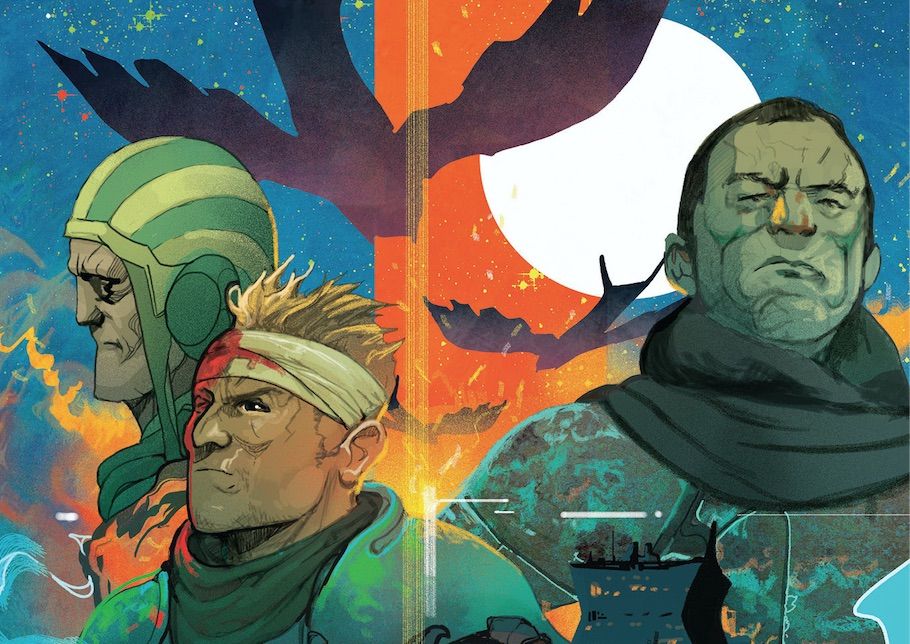 In August we unveiled the first standout covers for another “Dune” tie-in comic book from Boom! Studios titled “Dune: A Whisper of Caladan Seas”, and now the award-winning publisher has recently released a five-page preview of the literate interior art of the premiere song and it’s nothing short of brilliant.

This special 40-page one-shot explores and enhances the deep mythology of legendary author Frank Herbert’s 1965 masterpiece ‘Dune’. It’s the ideal way to immerse yourself again in the exotic sci-fi universe after seeing director Denis Villeneuve’s epic new film adaptation, which hit theaters last year. If you missed it, check out our Dune streaming guide to catch up.)

“Dune: A Whisper Of Caladan Seas #1” is written by New York Times bestselling authors Brian Herbert and Kevin J. Anderson, illustrated by artist Jakub Rebelka (“Origins”), and finished with letters from Ed Dukeshire. The standalone issue, released on December 29, was organized in a deal with Herbert Properties LLC and Abrams ComicArts, the publisher who released the first of a trilogy of graphic novel adaptations of Herbert’s groundbreaking novel from last year.

Originally created as a gripping short story, “A Whisper of Caladan Seas” was the very first installment of “Dune” fiction that Herbert and Anderson wrote together. It served to present itself as a creative exercise and exploratory project as they built the longer storylines for the 1999 “Dune” prequel novel, “Dune: House Atreides.”

This untold tale from the world of “Dune” begins as the black smoke of the Battle of Arrakeen still smothers the vast sands of Arrakis. A team of Atreides soldiers become trapped in the shield wall after a brutal attack by a piece of old Harkonnen artillery. Sergeant Hoh Vitt of the elite Atreides guard must use his family’s effective storytelling skills to mentally teleport his brave men from their graves to the water-rich home planet of Caladan as a means of comfort and hope.

“The origins of Brian and Kevin’s incredible world-building in the Dune universe begins here with an insightful and moving story that shows a side of this epic sci-fi classic never seen before,” said Boom! Studios editor Jonathan Manning in a Boom! press release.

“Dune: A Whisper Of Caladan Seas #1” just arrived on December 29 and the spotlight is on Jeff Dekal’s compelling cover art (“BRZRKR”) and special variants of covers courtesy of Rebelka, Elizabeth Torque (“Venom”) and Christian Ward (“Something is killing the children”).