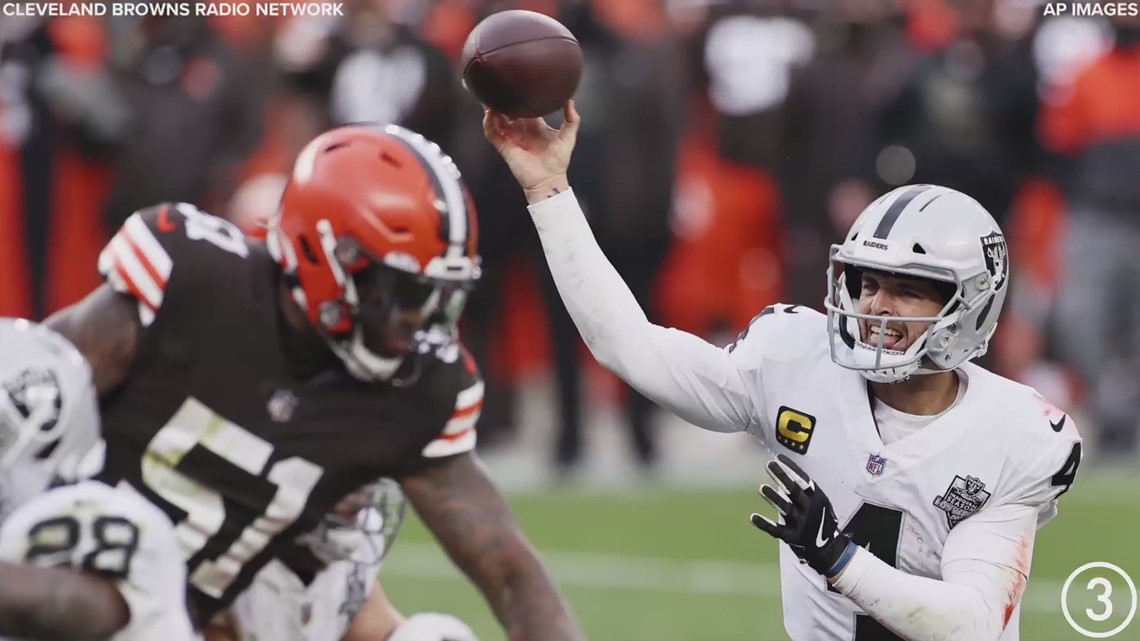 CLEVELAND – What’s at stake on Monday when the Cleveland Browns host the Las Vegas Raiders at FirstEnergy Stadium? A lot.

Despite a season of injuries, inconsistency and a recent surge in COVID-19 cases among the team, the Browns can move to first place in the AFC North and essentially decide their own fate the rest of the way with a win over the raiders.

Right now, the AFC North standings looks like this heading into Monday:

As my colleague Nick Camino tweeted after the Ravens lost to the Packers on Sunday, the door is now open for the Browns to take first place in the AFC North.

So a #browns beat the Raiders tomorrow, Cleveland would now come first atop the AFC North Division.

This is what Nick is talking about:

If the Browns beat Las Vegas, they would go to 8-6 and own the tiebreaker over Cincinnati and Baltimore due to a better record against the two teams. The best win/lose percentage in games played within the division is the No. 2 tiebreak. You can see the NFL’s tiebreak criteria here.

This was also beautifully laid out by Dennis Manoloff of WTAM 1100 on Twitter:

if @browns win tomorrow, three teams in AFC North 8-6. As I read https://t.co/S1eY6SmTeb first three-team tiebreaker, Browns would be in first place due to the 2-1 record vs. Cin/Bal, as opposed to Cin 1-1 vs. Cle/Bal and Bal 1-2 vs. Cle/Cin pic.twitter.com/6uLjboZCHR

However, if the Browns lose to the Raiders, they fall back to last place in the division with only three games left.

Talk about a narrow margin!

What about an AFC Wild Card spot, you ask? It’s much more complicated.

The Browns enter the conference in 9th place on Monday with their 7-6 record. Win a win over the Raiders and they would leapfrog some of the teams ahead of them, including the Bengals. But keep in mind that teams like the New England Patriots, Kansas City Chiefs and Los Angeles Chargers are all tied over the Browns thanks to head-to-head wins.

So it’s simple: The Browns win on Monday and they take over first in the AFC North. It won’t be an easy one with the Packers, Steelers and Bengals to finish the season, but at least the Browns will decide their own destiny. Otherwise, Cleveland will have to hope for a lot of help from other teams to stay in the playoff chase.