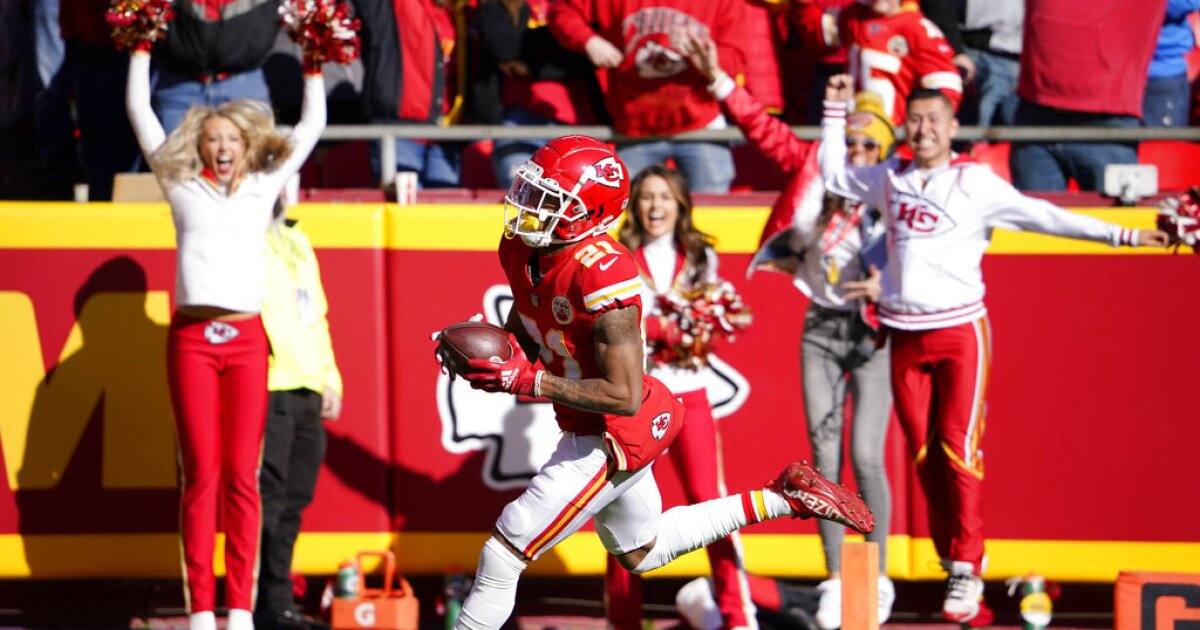 KANSAS CITY, Mo. — Once again a member of the Kansas City Chiefs takes home the player of the week for the AFC.

Cornerback Mike Hughes is the AFC Defensive Player of the Week for Week 14.

Hughes scored in tackles in Sunday’s win against the Las Vegas Raiders.

He forced two fumbles and performed a fumble for a 23-yard touchdown.

According to the NFL, he is the first player all season to record two forced fumbles and one fumble at recovery in one game.

Chris Jones earned the defense award in Week 11, but this is Hughes’ first.

Patrick Mahomes and Tommy Townsend have also won Player of the Week honors this season.