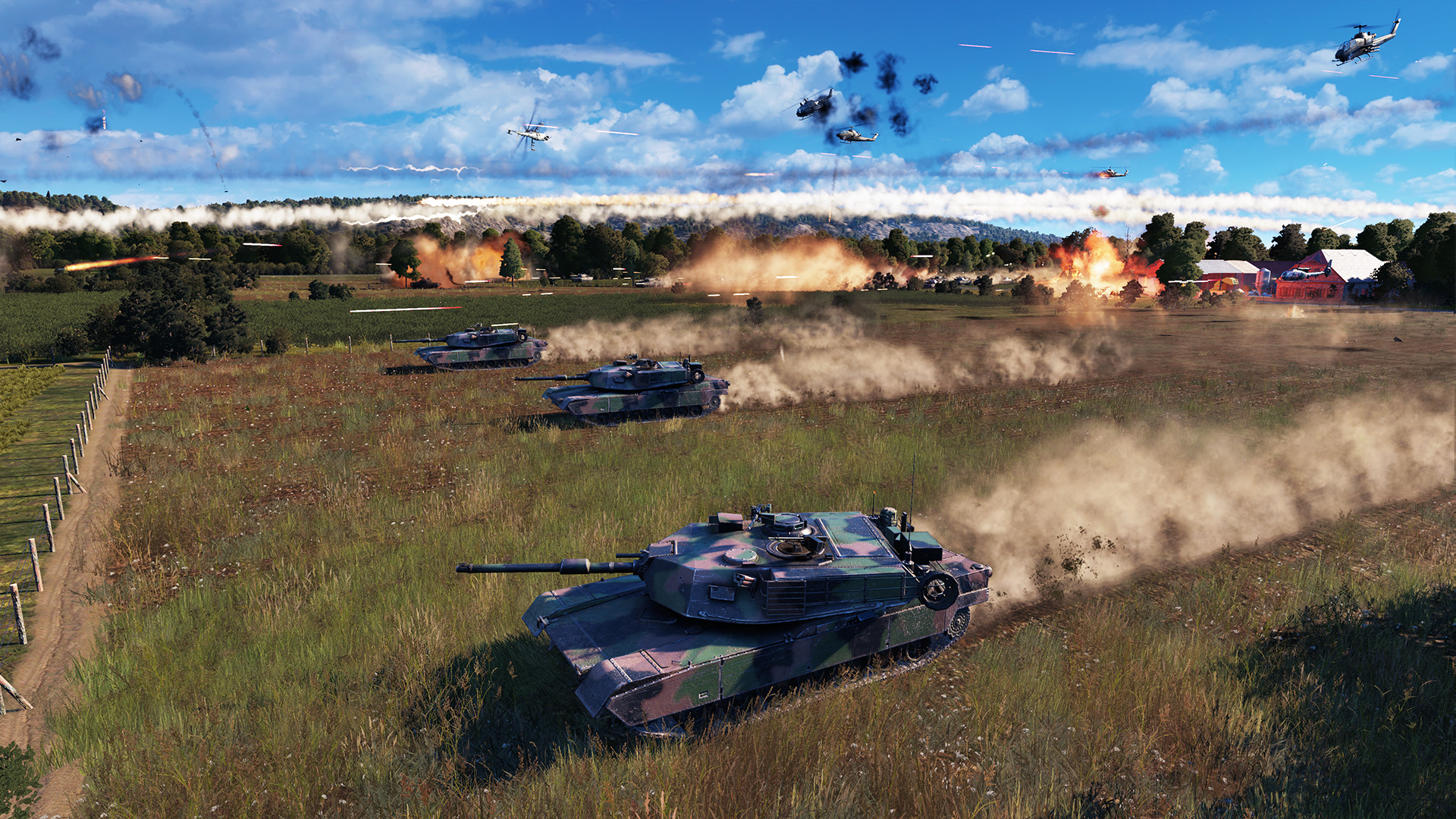 Cold War RTS games, Warno, are preparing to hit Early Access, and developer Eugen Systems has an interesting approach to its framework. The study aims to include historical battle sequences, but it also needs a fictitious war in order for its factions between NATO and the Warsaw Pact to fight – and therefore it adjusts history a few important places, as explained in the latest devblog.

Warno’s first major departure from history, as it really happened, is a bloodless coup that removes the reformist Soviet general secretary Mikhail Gorbachev and his allies from office in 1987. Historically, Gorbachev was re-elected in 1990 and left office after the August 1991 coup. but in Warno, the party hardliners take control of the USSR much earlier, replacing Gorbechev with one troika represents the Communist Party, the Army and the KGB.

In the game’s fiction, this leads to swift condemnation from the Western superpowers, which impose new sanctions on the USSR. US President Ronald Reagan, listening to the most hawkish of his advisers, repeals an important nuclear treaty, and NATO increases military training exercises in Western Europe and takes a look at the crucial Fulda Gap – a heavily militarized region in Germany seen as the natural approach to Europe for Russian tanks and vice versa.

It’s an interesting bit of all-history craft, and it’s all done to provide the pretext needed to include all the unbearable details Eugene has been busy putting together on battle formations active around Fulda Gap in that time. Eugen says Warno will include 16 historical battle groups, each represented down to the level of individual division. Steel Division 2’s match order, on the other hand, only went down to company level.

Warno will also include four Army General campaigns that you got a taste of in Steel Division II. Instead of a series of missions, as in a traditional RTS, the Army General campaign is a dynamic turn-based affair in war game style that generates real-time skirmishes based on the movements of the units on the campaign map.

Warno will include six nations in multiplayer, namely the United States, the USSR, West Germany, East Germany, France and the United Kingdom. More than 600 units are planned, each with historical models, variants, camouflage, weapons and the rest of the cumbersome details that make this type of game appealing to those interested in military history.

Eugene also hints at plans for post-launch DLC expansions that will add new army general campaigns in the German plains to the north and the Czechoslovak territories to the south. You will be able to jump in when Warno enters Early Access on Steam on January 20th.