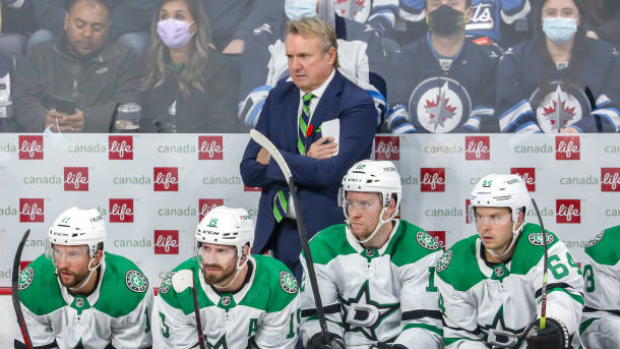 Dallas Stars head coach Rick Bowness has been fined $ 25,000 for his actions on the bench following Sunday’s game against St. Louis. Louis.

After the Stars allowed two power-play goals in the final minute of their 2-1 loss to the Blues, Bowness twice slammed a stick against the boards behind the bench in frustration seconds after the game ended.

The stars are in sixth place in the central division with a record of 17-13-2.

The fine goes to the NHL Foundation.