Before talking about where they were going, the Detroit City FC owners felt compelled to tell them again where they came from.

Because amid all the excitement — and a little bitterness — surrounding Tuesday night’s official announcement that the popular local professional soccer club is making another leap up the American soccer pyramid and joining the second tier of the United Soccer League Championship early next spring, they knew. that there would be questions.

In addition to the “when” and the “where” — Detroit City FC will make its USL Championship debut in March, with home games still held at Hamtramck’s Keyworth Stadium — there was the “how” and the “why” that had to be addressed. And for the local community-built dynamo, that was the point of a meeting Tuesday night at the Detroit City Clubhouse, where the team’s front office met with supporters to share the broad outline of its new way forward.

It’s a plan highlighted by a huge step forward for the men’s side, a team that has just soared to a second league title in the 10-team, third-tier National Independent Soccer Association. The USL Championship currently has 31 teams across the country, all games streamed live on ESPN+, and a nine-month season that includes more than 30 league games and a postseason tournament.

But the move to USL also paves the way for Detroit City’s new semi-pro women’s team to become a fully professional team soon, perhaps as early as 2024. And bolstered by the addition of a new major investor, the club says it will be more will find stability along with new opportunities to continue its own growth while helping the football game grow.

“Honestly, we just built momentum and we didn’t want to lose that,” said Sean Mann, the club’s founder, co-owner and CEO. “As an organization we have been growing over the past 10 years and we are building up to now. On the professional side, the guys have done well. On the women’s side, we launched the team. We now have 2,000 children in our youth system. And so the move to the USL just provides a home that makes sense for all those entities. 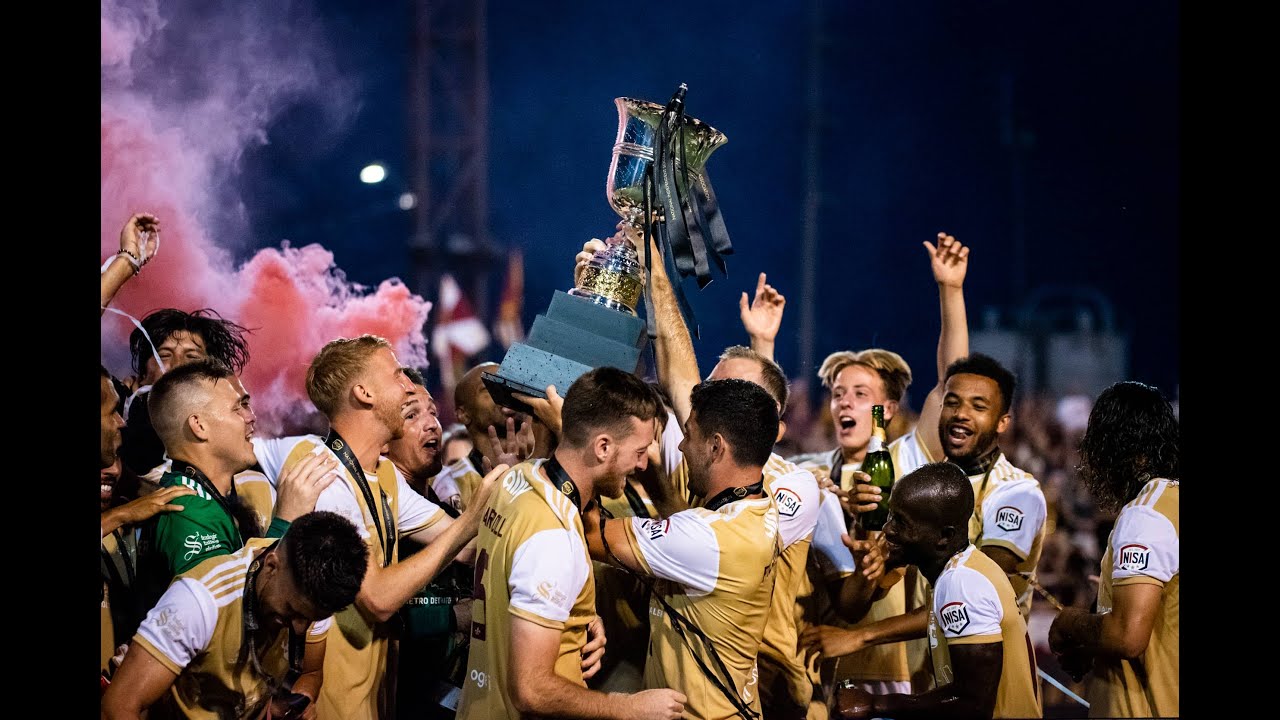 It was no doubt surprising that the move came so quickly, just a few years after the club turned pro. That includes the NISA teams it leaves behind and many of Detroit City FC’s avid fans, including the Northern Guard Supporters, who took great pride in the club’s independent streak and ranted against the closed system that still tops the game. controls the American professional ranks. through Major League Soccer’s single entity structure. While rumors circulated for Tuesday’s announcement, allegations were already flying on social media.

“But we’ve always been rooted in a degree of pragmatism,” Mann said. “You have to be there to navigate the American football landscape. And our core supporters are sophisticated enough to understand where American football stands and where we are and how we fit in. We don’t take these decisions lightly, we don’t take new partners lightly, and I think we’ve built credibility and trust with our core supporters that they know we see ourselves as stewards of this organization. And we pour our lives to make it something for them.”

This move will obviously require others, from stadium upgrades in Keyworth – including new lights and a new dressing room – to more front office additions for the club. But Mann is quick to notice that the current owners aren’t going anywhere. Neither does head coach Trevor James, who signed a three-year contract extension last winter. And a core group of players on the men’s roster will likely remain as well. (The minimum player salaries will be set at approximately $30,000 for 10-month contracts under a new collective bargaining agreement pending ratification for the USL Championship.)

What will change is the competition and the platform for Detroit City FC to continue making its pitch, with more sponsorship opportunities and an even bigger profile.

“The momentum behind Detroit City FC is remarkable and a credit to all who played a part in the club’s rise,” USL president Jake Edwards said in a statement. “It’s hard to find a better example of bringing a community together through football. We welcome the DCFC community and its famous supporters to the USL family and look forward to this next phase of the club’s evolution.”

That next phase began Tuesday night in earnest. But from Mann’s point of view, it started long before that. As he stood on the field on Saturday watching Le Rouge roll to another win, he couldn’t help but think back to the genesis of it all, when he persuaded a handful of friends from a Detroit football league to donate $2,000 apiece. to earn to start your own club. Since then, it has grown into something none of them could have imagined.

They went from a used riding mower at a Detroit high school to a historic $750,000 renovation of historic Keyworth, which regularly hosts more than 6,000 spectators for home games. The club has its own indoor facility with a restaurant and bar in Detroit, and they survived the pandemic last year with the help of a crowdfunding campaign that raised about $1.5 million from several thousand supporters who are now have a 10% interest in the club.

“And it was a heartwarming Saturday, looking at the stands and so many people who were there at the beginning of the neighborhood football league in 2010, were there with their kids and everyone was wearing DCFC gear,” Mann said. “Now their kids are playing in our youth programs. And that’s what this is about – it’s building something that’s rooted in the community, that’s accessible and that’s going to be sustainable. The most important thing for us is that we have a club that will last for generations to come .”

We have a special for new subscribers. Support local journalism and sign up here.