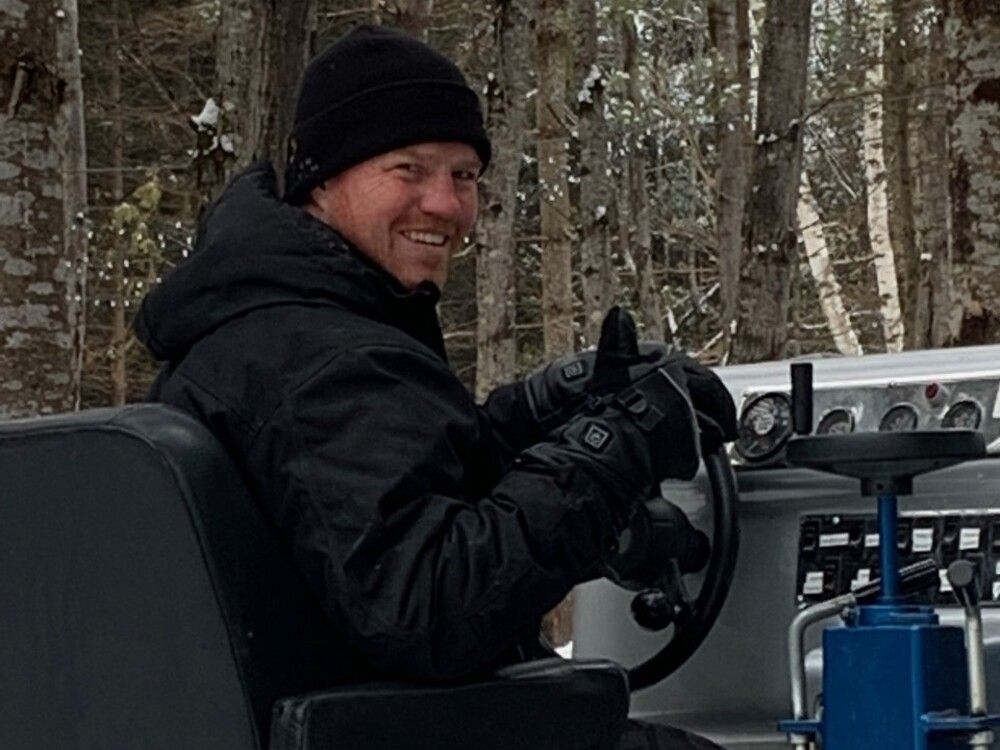 As he steps down from Zamboni, another flood is complete, and former Ottawa Senators winger Chris Neil looks out at the wood-clad ice dream carved out of the desert just outside Stittsville.

“We’ve been talking about it with two partners (Jarrett Gibbons and Steve Beck) for about four years,” said Neil, who has switched his Senator gear to powerful outdoor gear ahead of Friday’s official opening of Icelynd Skating. Taurus. “We started getting ready at the end of September and there were no roads in here. We did a lot in a short time. ”

Neil bought 90 acres of land off Fernbank Road years ago while still playing with the senators, and tossed around with various ideas on how to eventually develop it.

Somehow it only makes sense that the resulting project would be about ice cream.

Family and friends have chipped in with time, machinery and electrical know-how.

The venture, which is open to the public, includes a well-lit, two-kilometer-long ice-skating loop through pine, cedar and poplar trees, with bonfires and benches set up for breaks along the way. Another three-kilometer stretch should be open within the next few weeks.

The facility also includes a 160 × 65-foot outdoor ice rink that has already been rented out to smaller hockey teams, figure skating groups and to family and corporate gatherings.

The stage includes National Hockey League-sized boards, some of them sponsored by local businesses, with PlexiGlas and mesh behind each net to prevent stray pucks from sailing into the woods.

There are benches for the players, and of course for a company involving the rugged winger who got 2,522 penalty minutes during his 1,026-game Senators career, a penalty box. Hockey poles act as railings as you step down to the rink.

At night, the lights attached 30 feet high to the trees shine on the ODR and the separate skating oval leading to the trails. Several benches and bonfires surround the surfaces and there are three Zambonis to take care of all surfaces.

“I always try to do things that I liked and enjoy,” Neil said. “We had a soft opening with family and friends earlier in the week. It’s been fun getting outside and getting people away from their devices. I see it with my kids how much time they spend on their (phones). It’s amazing. to see the children walking around the paths. ”

At this point, any outdoor experience is a welcome break from the cottage fever that has put in the effort to dodge COVID-19.

A skate out in the desert seems as Canadian as maple syrup or plaid shirts.

With schools still out on Thursday, Neil and Gibbons had their own kids on the ice.

“They spent about six hours out here (on Wednesday),” Neil said with a laugh.

The partners have countless ideas and opportunities to add more to the facility in the coming years. The heated sheds, which are to serve as changing rooms for skating, are in place, but are temporarily banned due to pandemic protocols for public health.

“With COVID-19, it’s just not possible because we have to keep the social distance, but you can go out by the campfires to put on your skates,” Neil said.

In accordance with the guidelines and in order to limit the number of people at any one time, skaters are asked to book appointments online at icelynd.com.

“This is for everyone,” Neil said. “It’s not just for hockey players. We’ve had figure skaters and family skaters on the rink. My vision when we first started was to have families from Roger Neilson House out here, one day out for the families.”

Along the way, Neil has learned a few new tricks. After some trial and error, including driving a Zamboni onto the boards, he is confident in spending his days tending the paths through the trees.

The trail through the forest (partners researched the best route using Google maps) is mostly flat, but there are a few small stretches uphill along the way.

When he’s not working at the facility at Icelynd – which means “ruler of the winter storm” – Neil serves as an assistant coach for his two sons’ hockey teams.

He is also the alumni ambassador for the senators and represents the organization at games and community events.

“I’m still doing things with the senators, but it’s been a fight and a laugh (with COVID-19), and with all the rules, it’s been tough.”

A few current senators have also been visiting, including Captain Brady Tkachuk.

Believe it or not, for a family with such a deep hockey history as the Tkachuks, “it was his first time on an outdoor skating rink because with the weather in St. Louis, it just is not possible.”

As for Neil, it looks like he’s never leaving the place now and is on his way back for another spin on Zamboni.

Sign up to receive daily headlines from Ottawa SUN, a division of Postmedia Network Inc.

Thank you for signing up!

A welcome email is on its way. If you do not see it, please check your junk directory.

The next issue of The Ottawa Sun Headline News will be in your inbox soon.

We encountered a problem signing up. Please try again