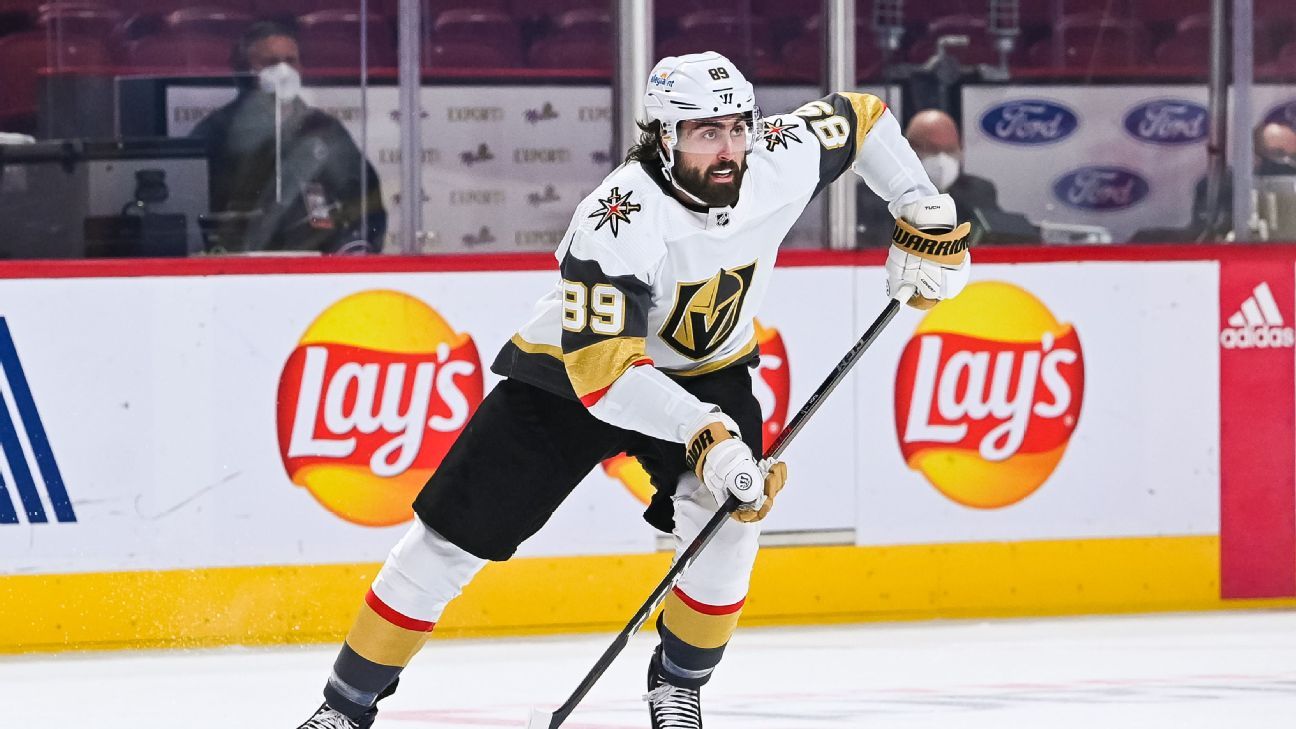 So. It has been a bit chaotic lately, with players rotating in and out of the COVID-19 protocol while the league postpones matches, often with hours notice. A frustrating (if still sensibly driven) stretch, to be sure, for players, staff, fans and fantasy managers alike. But after a long holiday break, the league appears ready to return to action with three games scheduled for Tuesday. Which means leaders are again required to compete with those present and active, combined with a few useful substitutes.

That’s when it’s a big advantage to have multiple IR spots in play, as no right-wing fantasy challenger dumps a persistent performer in exchange for a handful of fleeting points. In fact, if you’re in a custom league, your league manager has the power to add IR spots even when the league is running.

In that spirit, as we all navigate this tumultuous period together, here are a few less popular assets that should help your fantasy team stay competitive, either in the long or (very) short term.

Fun. For free. Easy. Create or sign up for a league and play ESPN Fantasy Hockey! Free registration!

Alex Tuch, RW, Buffalo Sabers (listed in 49.2% of ESPN.com leagues): Five months after undergoing shoulder surgery, the newest member of the Sabers is finally “ready to go”. Train Don Granato’s words, not mine. And not a moment too early for a team in 24th place with 2.67 goals / game. To start with, the former Golden Knights member is ready to join breakout artist Tage Thompson on Buffalo’s top line alongside Victor Olofsson on the club’s No. 1 power play. Out of the shadow of other leading Vegas skaters, the (still only) 25-year-old is finally able to showcase his scoring talents in a more prominent role. For Tuch, the days with an average of 16 minutes / game are long gone. The selection of first round drafts should be advocated in all fantasy leagues of reasonable depth. The Sabers are scheduled to face the Devils, Islanders and Bruins this week.

Anthony Duclair, LW / RW, Florida Panthers (39.5%): He is back and is expected to compete on a Panthers top line with Aleksander Barkov (also returned from an injury). Before Duclair got a problem in the lower body, Duclair blasted out of this season’s gates, scoring nine goals and eight assists in 19 games. After a couple of warm-up competitions recently (with Barkov still on the sidelines) and the ensuing extra rest, the winger should feel completely fiffel-fit. Take him up.

Kevin Hayes, C, Philadelphia Flyers (8.6%): First of all, he’s out of the league’s Covid protocol and authorized to return in the launch of the Flyers’ west coast swing on Wednesday (if that game against the Seattle Kraken really goes on). Then there is his current role as a top-line center to consider in light of other skaters’ Covid-related exclusion (e.g., Sean Couturier). But even outside of what’s going on now, I like Hayes as a fantasy sparkler who is able to collect points in droves. Finally healthy after a tough, absent start to the campaign, the 29-year-old center has value in deeper fantasy leagues when it runs hot. God knows, the Flyers need him to be his productive best at the moment.

Conor Sheary, LW, Washington Capitals (5.0%): It’s hard to argue with a five-game scoring streak involving two goals and four assists. Especially now that Sheary is back in line with Nicklas Backstrom, who missed two recent games (COVID-19) after making his own season debut. If necessary, throw one of your sideline stars into an IR space and add the Capitals winger for a good fantasy time (if not a long one).

Warren Foegele, LW, Edmonton Oilers (0.8%): The former Hurricane is currently placed on an Edmonton scoring line with Connor McDavid. As was the case in a couple of games before the break, where the 25-year-old winger scored a total of three goals. As long as Foegele remains in the coveted spot for Wednesday’s tilt with the Blues – and he rehearsed alongside McDavid Tuesday – he appears to be an attractive opportunity to join your own ruined lineup. Or as a Daily Fantasy asset outside the box.

Erik Haula, LW / C, Boston Bruins (0.4%): Haula once scored 29 goals and 26 assists in 76 games with the Golden Knights. Back in 2017-18, mind you, but it still happened. Let’s see what the traveled striker does out of his fresh chance to center a Bruins’ scoring with Taylor Hall and Craig Smith. Haula presents itself as a somewhat exciting streaming / DFS option, at least until Charlie Coyle (COVID-19 protocol) returns. Remember that the Bruins will not play again until New Year’s Day against the Sabers. Then be sure to check Haula / Coyle’s status again.

Jonas Brodin, Minnesota Wild (33.4%): He will not be put on the sidelines in line with the NHL’s COVID-19 protocol forever, and once he is free and ready, he should return to block shots and shoot puck on the net with comforting regularity. Brodin has also increased his productivity one step recently and has contributed seven points in his last 10 competitions. With an average of 2.3 fantasy points / games since November 24, the minute-swallowing defender should account for much more than a third of ESPN.com’s fantasy leagues.

Post-game analysis and highlights aired each season throughout the season by Barry Melrose and Linda Cohn. Watch ESPN +

Martin Jones, Philadelphia Flyers (4.6%): With Carter Hart (COVID-19 protocol) out in at least four games, Philly’s crease now apparently belongs to the Flyers’ backup. That means Jones is loosely scheduled to play against the Kraken, Sharks, Kings and Ducks through the club’s upcoming road trip to the West Coast. When he was offered the chance this season, the former Shark has not been terrible most of the time. If you need an active goalkeeper body, Jones promises to at least serve in that capacity. Maybe measure how the 31-year-old is doing in Seattle, then against his former team, and take the case from there.

Maxime Lagace, Tampa Bay Lightning (0.3%): Were you aware that Lagace started a competition for the Penguins in 2020-21 and subsequently struck a 29-save shutout against the Sabers? I myself had completely forgotten that excursion. Well, the 28-year-old minor league veteran will get another chance for perfection in the meeting with an already bad Canadiens team, now completely ravaged by COVID-19, on Tuesday night. If it does not scream Daily Fantasy gem, I’m not sure what does. As long as the game goes on, of course.