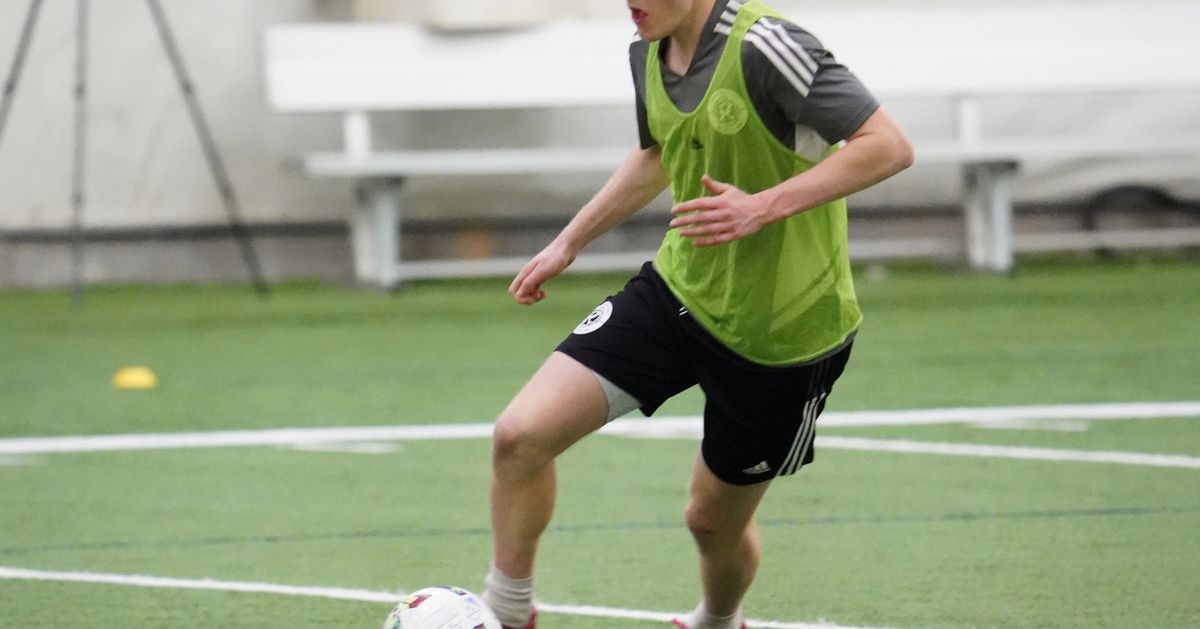 The Revolution’s return to the Socios.com Training Center on Monday also saw the return of many familiar faces. Among the returning 2021 Supporters’ Shield club’s pick and new additions made during the off-season, the start of the preseason has introduced four new faces from MLS NEXT Pro-side Revolution II as Noel Buck, Connor Presley, Jake Rozhansky and Ryan Spaulding join the first team in early preseason events.

16-year-old midfielder Noel Buck enters the preseason after being named the UHC Revolution Academy Player of the Year. Buck finished the 2021 USL League One as just one of two Revs II players to appear in all 28 games. The young midfielder was second to Revs II in goals scored (5), while adding one assist. After starting the season with Revs II, Buck was awarded a professional contract with the club on June 22, becoming the fifth and youngest Revs Academy product to sign with Revs II.

Connor Presley will return for his second preseason with the first team after a trip to Los Angeles for the 2021 preseason. Presley would appear in three games last season and score one assist. During his 33 appearances with Revolution II, Presley scored one goal and four assists in 2,336 minutes. After playing in all 16 games for Revs II in their inaugural season, Presley finished third in the USL League One in crosses after finishing the 2020 campaign with 71 crosses.

Jake Rozhansky joined Revs II on March 26, 2021, after making 83 appearances in Israel’s first, second and third divisions. Rozhansky made 23 appearances for Revs II in 2021, leading the club with six assists. Rozhansky is no stranger to Major League Soccer as he was selected 44th overall pick by the Columbus Crew before joining Maccabi Netanya FC.

Ryan Spaulding capped off a phenomenal year by being named to the 2021 USL League One All-League First Team. In addition to Noel Buck, Spaulding appeared in all 28 games for Revolution II, scoring three goals along with one assist and clocking in on the Revs II backline in 2,333 minutes. The Cary, North Carolina native is currently the Revs II leader in all-time appearances (43), starts (39) and minutes played (3,492).