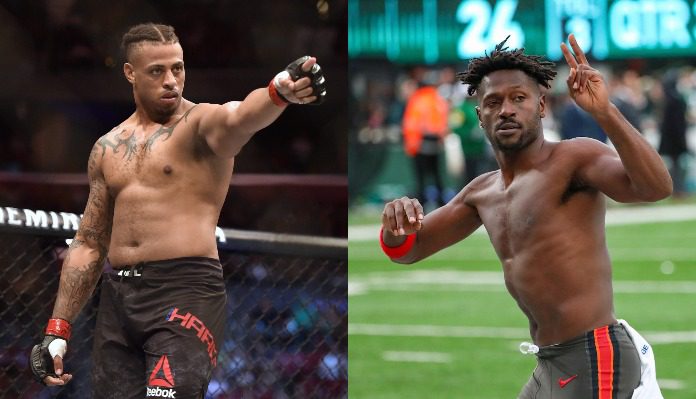 Greg Hardy believes Antonio Brown was not mistaken in running off the field against the New York Jets.

Hardy spent six seasons in the NFL, playing 75 games and recording 40 sacks along with 239 tackles. He was a Pro Bowler in 2013 and knows the NFL better than most, so when he saw Brown run off the field in the middle of the game, he was not one of those who said Brown was wrong and could not do so. Instead, he believes that ‘AB’ can do whatever he wants.

“AB can do what he wants. I hate when people say he can not do it. Yes he can. He is rich, successful and has already done more than 99 percent of the world, ”Hardy told BJPENN.com about Brown. “I always hold for their story, because I will not jump on AB’s or the team’s side until I hear their story. I’ve lived it, people tell all sorts of stories about me, and when you meet me, they realize it’s not true, so it’s like come on bro. I will wait for their stories and see what happened. “

Although Brown has had a questionable past in the NFL, he and Le’Veon Bell have both hinted at boxing. Bell shouted at Tyron Woodley while Brown was linked with a fight with Logan Paul before signing with the Buccaneers.

Greg Hardy hopes both Brown and Bell take fights and show that they are serious while doing so. He believes NFL players have what it takes to be successful at high-level martial arts, but he also believes he was the one who paved the way for them.

“Man, I wanted to see AB fight. Honestly, brother, Greg Hardy paved the way for all of you boys, so you’re definitely welcome. Footballers and their versatility have been underestimated for a very long time. People have told me I can not play receiver or do this, I have done it all. NFL players are the most agile, versatile, deadly, vicious people on the planet. I think if these guys get into it and overcome the ridiculousness of training for a fight, then I think it would be great. The level of entertainment is guaranteed to increase. I’m excited to see it, hopefully they are serious. ”

What do you think of Greg Hardy’s comments about Antonio Brown?

This article first appeared on BJPENN.COM