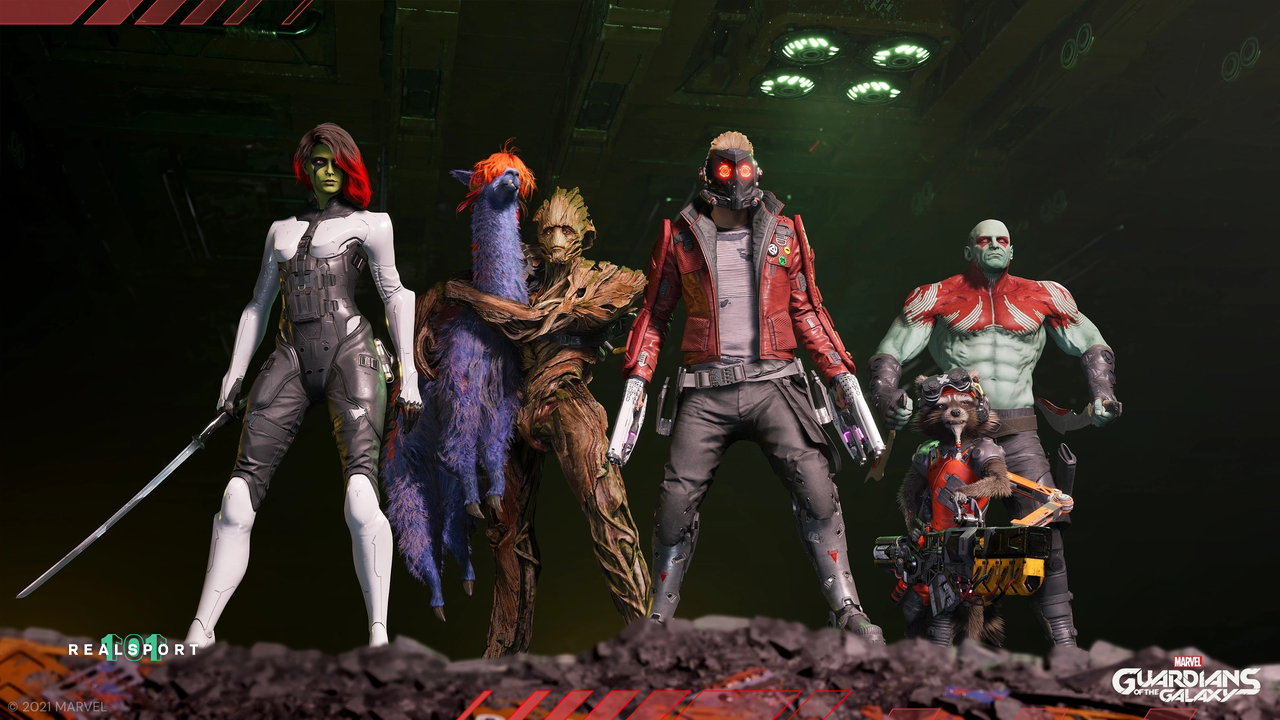 Guardians of the Galaxy is finally here and it brings tens of thousands of hours of action-RPG combat and teasing between the main crew.

Because Guardians are such an eclectic bunch, it’s always fun to find out where you know that voice from. If you have picked up the gift during the holiday season and are struggling to figure out who is who, here is what the cast is known for.

Star-Lord is at the center of Guardians of the Galaxy, but Jon McClaren, his voice, has not been in as many recognizable projects. If you recognize that voice, it’s probably for his role as Jesse Stanton in Heartland or as the 20-year-old Jacob Reece in Blood & Treasure.

If you think you recognize him for another reason, you can check out his IMDB right here.

Gamora, the enigmatic green alien is played by Kimberly-Sue Murray this time. She played the roles of Seelie Queen Amar in Shadowhunters, Danika Dubov in V-Wars and Adele in The Lizzie Borden Chronicles.

You can see all her work right here.

Drax’s voice actor, Jason Cavalier Leboeuf, has an incredibly impressive resume working on stunts. The shift to using his vocal talent means he’s a well-rounded actor, ready to take on the rather physical Drax.

You can read all about his work on his IMDB page.

Groot is primarily known for a line, but his voice actor, Adam Harrington, has had a rather varied career. You can see him as Douglas in Parenthood, Jack Moyer in Scrubs or as a news host in The Tick.

If you think you know him from somewhere else, you can check out all of his work right here.

Rocket, the mischievous little raccoon is the voice of Alex Weiner. He is known for roles such as Clyde Nelson in Clydecynic, Mark in Carter or Ricky in Blue Mountain State, and he has a rather varied acting experience.

As one of the most experienced actors on the cast, you can see Mylène Dinh-Robic in over 70 projects, including Liz in Transplant and Beatrice Hamelin in 19-2

Despite being at a very young age, Hudson Leblanc lent his voice to some of the children in Assassin’s Creed: Origins and Brooklyn.

Emmanuelle Lussier Martinez lent her voice to Teresa in Jack Ryan, Francesca in Les mauvaises herbes and Nina Gomez in Faits divers before speaking Mantis in Guardians of the Galaxy

Ko-Rel is the voice of Judith Baribeau, who previously played Mr Costa’s Assistant in Taking Lives and Tammy in Arctic Blast.

The great Adam Warlock is brought to life by Brent Skagford – an actor you may have seen in Workin ‘Moms or heard as Napoleon Bonaparte in Assassin’s Creed Unity.

Romane Denis may not be a name you know, but she’s a budding talent with a solid set of acting credits behind her. You can see her in the French TV series True North, Nomades and For Sarah.

Another growing talent, Sarah Levesque, gives voice to the antagonist of Guardians of the Galaxy – Lady Hellbender. You can see her in peace of Chocolate, Death of a Ladies’ Man and The United States vs. Billie Holiday.