Have you ever really wanted to own a book, but the cover was just a little too disturbing, so you were like, “No, that can’t live in my house!”? Or maybe you weren’t interested in the book, but the cover was so scary that you thought, “Yeah, my pet, you’re coming home with me.” Maybe the cover wouldn’t be classified as creepy or disturbing based on people’s first thought of scary/horror, but maybe it will make your brain wiggle to shake it off. I’m talking about all those things, and probably more, here. But just in regards to the cover, none of this “what’s in it that counts” nonsense.

You probably think I went with clowns and dolls and only scary horror covers, but there’s a romance on this list because the only criterion was whether the image kept spinning in my head even after the book wasn’t in front of me. Don’t follow me, creepy cover! Okay, maybe some of you can. 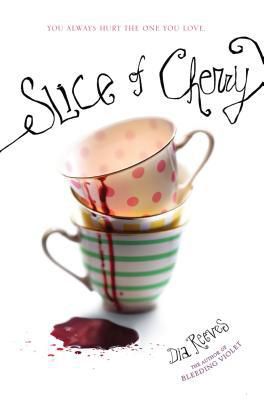 Slice of cherry by Dia Reeves

This one is creepy, not so much for what’s on the cover as for what’s not shown. Did someone drink the blood in the teacups and then pile them up neatly? Who the hell drinks blood at tea parties here?! I mean, a vampire tea party doesn’t sound scary, I’d be there (without taking blood) but as real people having a bloody tea party that I’m not up for. 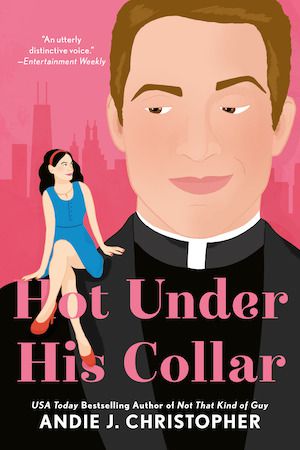 Hot Under His Collar (The Nolans #3) by Andie J. Christopher

Would you have absolutely lost money betting that this list wouldn’t have romance? Definitely. But look at the cover. Seriously, is the priest a giant? Is she the incredible shrinking woman who now fits in the palm of his hand? Does the shrinking woman dating the giant priest sound scary to me? yep. And yes. I don’t think his eyes saying “I’m going to eat you” when she’s the size of an appetizer isn’t helping. What is this the first book I thought of for this list? Maaaaaar. 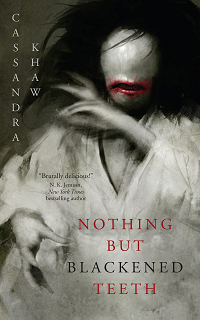 Nothing But Black Teeth By Cassandra Khaw

This one doesn’t really need much explanation, I just really, real, don’t like to look at whatever that is that is sure to eat my soul after nibbling at all my limbs and licking my fingernails – I shocked myself typing that! It also definitely, definitely makes a high pitched terrifying noise when it’s snacking. ON YOU. No, thank you!

Sign up for our Book Deals newsletter and get up to 80% off books you really want to read. 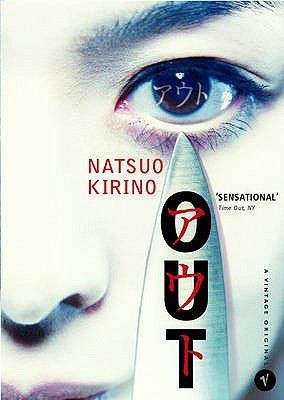 Out by Natsuo Kirino

That knife point so close to poking that eyeball made me shrug to get the creepy crawling feeling off of me. Okay, have you ever had your own eyelash in your eye? It’s the most uncomfortable feeling and so annoying and that’s a single little lash – this is the blade of a knife! A sharp, pointed, kills-things knife! I can’t even talk about this anymore because I can’t look at that cover anymore, so move on. 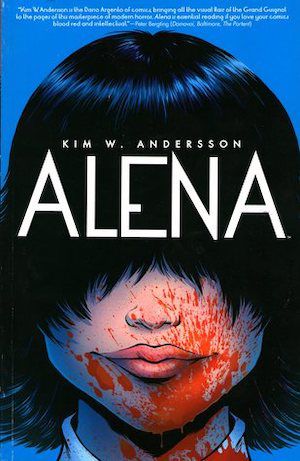 That’s a lot of blood on a teenage girl’s face that clearly isn’t hers. Because it was obviously sprayed on her. And she doesn’t look angry. Or scared. But quite amused. I like her, but from a distance. The furthest you can imagine. 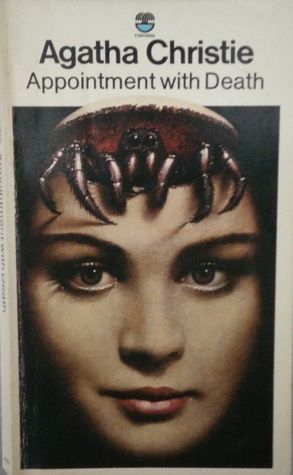 There’s plenty to talk about on this 1980’s cover of Fontana, which probably casts out a wide net of stuff for people to shudder with. Starting with anyone who is afraid of spiders. But not just any spider, apparently there is one that will jump out of your carved skull. To be honest, neither of those points puts me off. It’s the look in her eyes! What is she inviting you to? Playing with her brain spider? Absolutely not. But don’t really look at it, she can really hypnotize you and then I would feel responsible and we can’t have that. 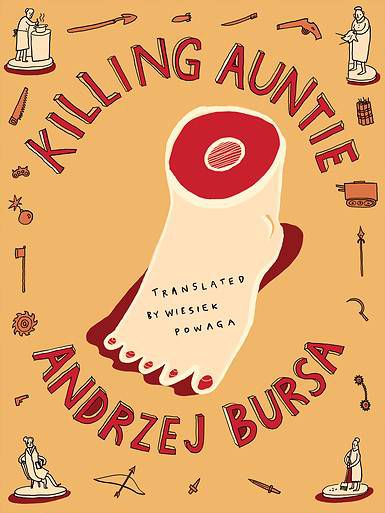 Making a graphically designed cover doesn’t change the fact that someone chopped off their aunt’s foot. (I assume from the title) Before or after she was dead? Does it matter?! On my list of desires is not staring at severed body parts. Not even if they look like cartoons – you can see the bone! 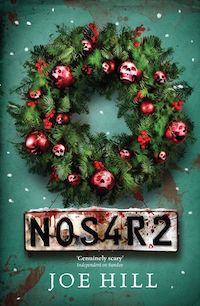 I refer to this book as the license plate book because I can never remember a series of letters or numbers, let alone a mix, as a title. Not going to happen. (I’ll never remember Nosferatu either.) But the cover with the license plate on it isn’t the one that startles me. It’s this particular one of Orion with the Christmas wreath that does. The subtle is why this scares me. You would pass this house walking your dog and be just like “Oh look, they put out their Christmas wreath” and definitely wave hello when they were on the porch. You wouldn’t notice that there are bloody skulls in it. And it’s not just “Hey, let’s mix our Halloween decor with our Christmas decor” skulls. That blood is real and they have no problem showing their victims at their front door. That’s messed up and no one is safe around that house. It’s a serial killer trophy Christmas wreath!

If you’re wondering why I didn’t credit the artists for the covers, it’s something where I kind of went back and forth and eventually got a better sense of not giving a name to something that could be read as negative as my opinions are not meant to attack anyone’s hard work. I strongly recommend looking up the cover artist if you like the cover of a particular book and want to find more of their work.

Now if you need more creepy, here are 35 new YA horror books to devour!