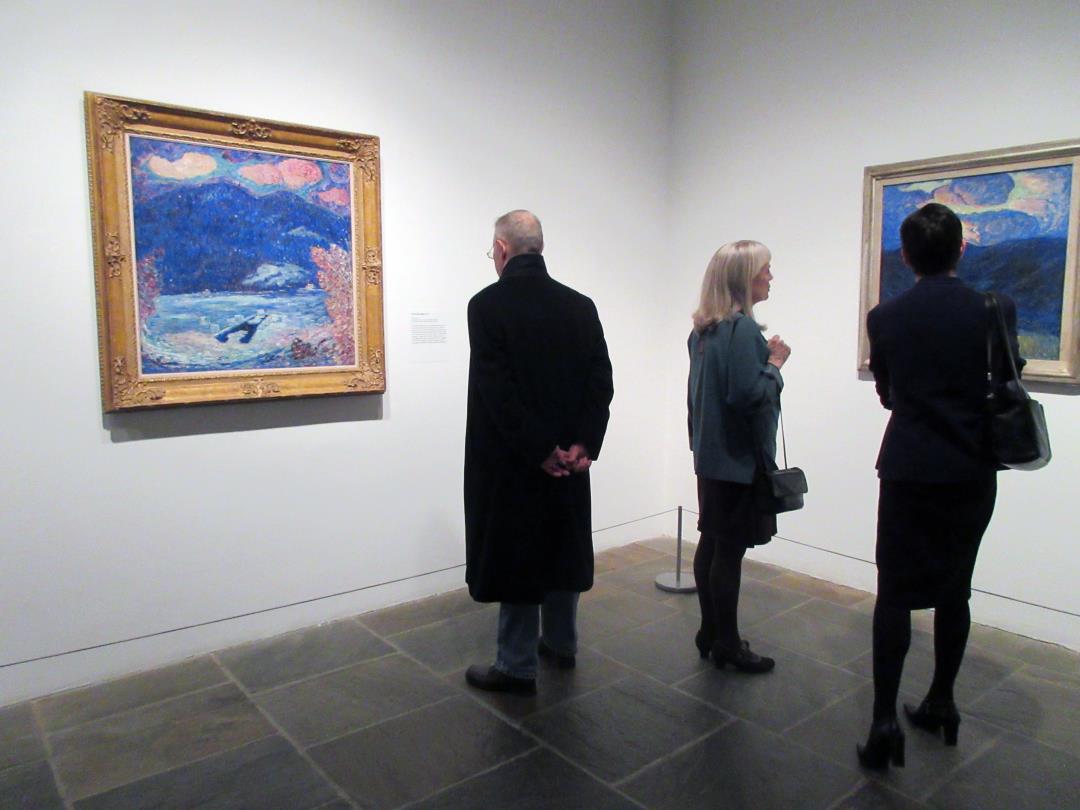 (news)
– A painting by American modernist Marsden Hartley that had been out of public view for 40 years found itself in a bank vault, a major step toward exposing the works of an increasingly esteemed artist who considered himself to be “the painter of Maine,” the AP reports. The painting, “Friend Against the Wind,” was completed in 1936, six years before Hartley’s death, and was last publicly displayed at a Portland gallery in 1980, when it was sold to a private collector. When the collector died last year, his estate contacted Maine art historian Gail Scott and said the painting had been stored in a vault at a Portland bank to protect it from theft.

Scott, who has not revealed the collector’s name, is working with the Bates College Museum of Art in Hartley’s hometown of Lewiston, Maine, to showcase the works of the artist, the Portland Press Herald reported on Monday. Scott was shown this summer the 12-by-17-inch painting Hartley created in honor of Canadian friends who drowned in a hurricane, the paper reported. “It took a few months, but sure enough, I walked to the Key Bank in downtown Portland and into the big vault and there was this painting that I’d never seen in color and had never seen in person,” Scott said. the newspaper. Scott and others knew of the painting’s existence from a black-and-white photograph included in a 1987 exhibition catalog.

The whereabouts of some 240 of the approximately 1650 of Hartley’s paintings or works on paper is unknown. Scott and the Bates Museum, given the Hartley Memorial Collection by the artist’s heirs, are collaborating on the Marsden Hartley Legacy Project to track down his works. “Hartley is increasingly recognized as one of the most important American modernists of the 20th century,” said museum director Dan Mills. “He’s also one of the few of his generation and stature who doesn’t have this kind of comprehensive scholarship.” (Read more art stories.)