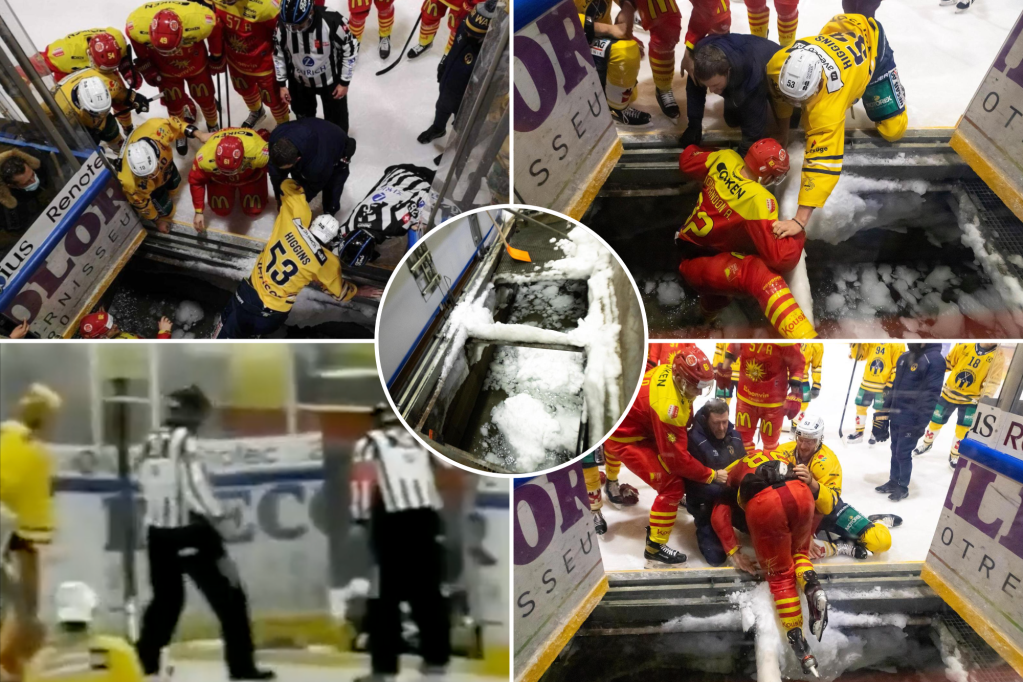 But that’s exactly what happened during a Swiss second – team game recently.

HC Sierre star Arnaud Montandon and Tyler Higgins of SC Langenthal collided and the pair bumped into a side wall, forcing the gates to open and falling into the cleaning ditch filled with freezing water.

The icy water next to the ice rink is used by Zamboni to clean the ice.

Both teams immediately put the game on pause and skated over to check on Montandon and Higgins. The duo had to sit in the cold ditch as their teammates and officials tried to get them out.

Both Higgins and Montandon were safely pulled out of the water unharmed.

After the match, SC Langenthal joked about the incident and tweeted on HC Sierre “Do you need a new skating rink?”