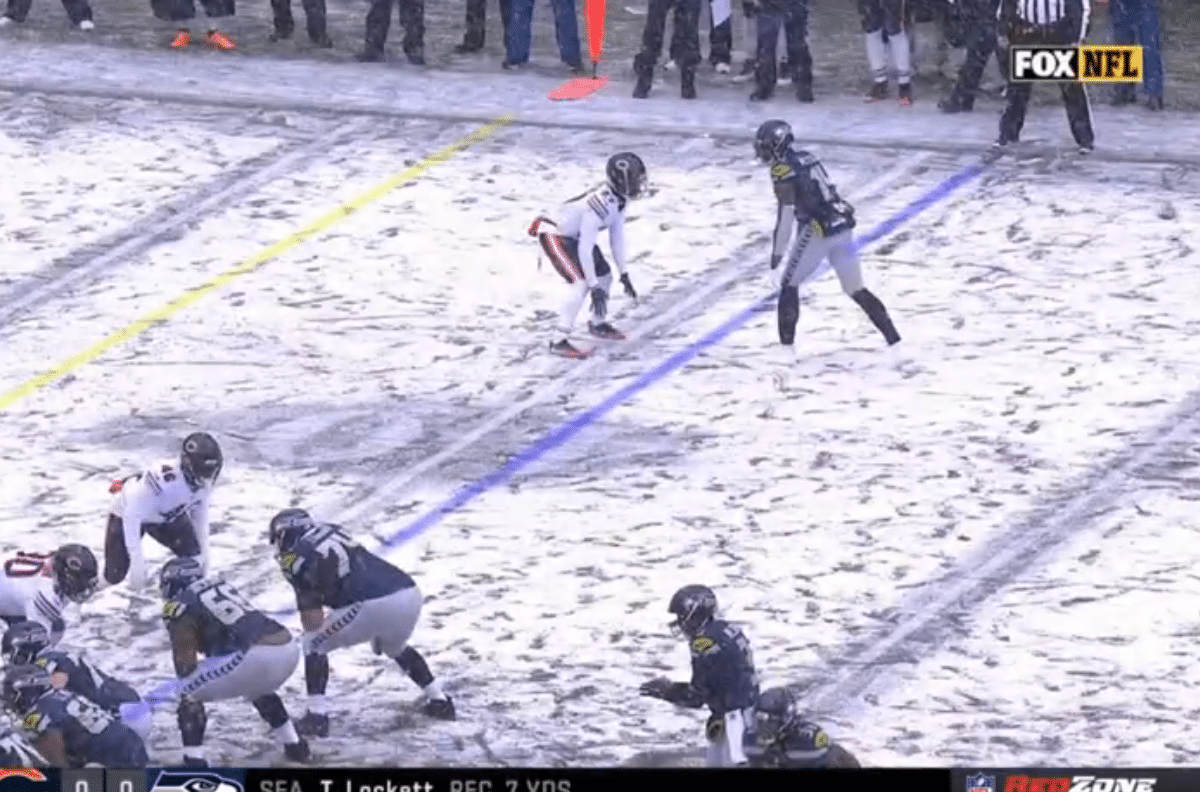 Thomas Graham Jr. had one of the most memorable debuts for a Chicago Bears defense in recent memory. In his first-ever NFL play against a powerful offense by the Minnesota Vikings, he delivered three deflections, including one that prevented a touchdown. It was an exciting moment for the rookie. Not to mention encouraging for the Bears, who saw another draft pick make some nice plays.

You would think this was enough to convince the Bears to give Graham a chance to start over in Seattle the following week. New. Artie Burns and Kindle Vildor got the wink over him. When the rookie came into play defensively during the second series, he was treated to his Welcome to the NFL moment. Lined up man-to-man on the outside, Seattle Seahawks receiver DK Metcalf burned him for a 41-yard touchdown.

Moments like these are the ultimate test for a young cornerback.

It would have been so easy for Graham to react to himself and wonder where he went wrong. Any corner that survived in the NFL would know this is a death sentence. A fact of life in this league is that at some point you will be beaten. The trick is to learn to move on and almost pretend it never happened. Have a short memory. If you get caught thinking about past mistakes, you’ll never stop making them.

This is where the Bears rookie showed everyone that he is made of strict material. It was to be expected that Russell Wilson would attack him again after such a fruitful first attempt. As it turned out, that wasn’t the best decision. Graham was targeted five more times in the afternoon, allowing just two catches at 12 yards with another pass deflection. An excellent recovery after such a difficult start.

Thomas Graham Jr. has a future in this Bears defense

That he makes beautiful plays and shows the mental strength to cope with difficult moments is also proof of this. The Bears already have a stud at cornerback in Jaylon Johnson. If Graham continues to build on what he’s already doing, the defense may have another young building block to work with. Both with Johnson and Roquan Smith. Another reminder of how good this organization still is at finding defensive talent.

This also helps validate what many said came from the concept. That Thomas Graham might have been a 6th round pick but under normal circumstances he would have gone much sooner. Remember, he had eight interceptions in his first three seasons with Oregon. He was ready for a great senior year. Instead, he chose to opt out due to the COVID-19 pandemic. That decision probably cost him a lot of money.

However, things happen for a reason.

He still got the call before design time. Still, it was a frustrating wait to finally get his chance. Graham admitted he was “butthurt” about being cut in August despite promising preseason signs. Once he got over that, he started taking advice on how to get better and prepare for the next opportunity. When that came against Minnesota, he was ready. Now he has the look of a future starter.