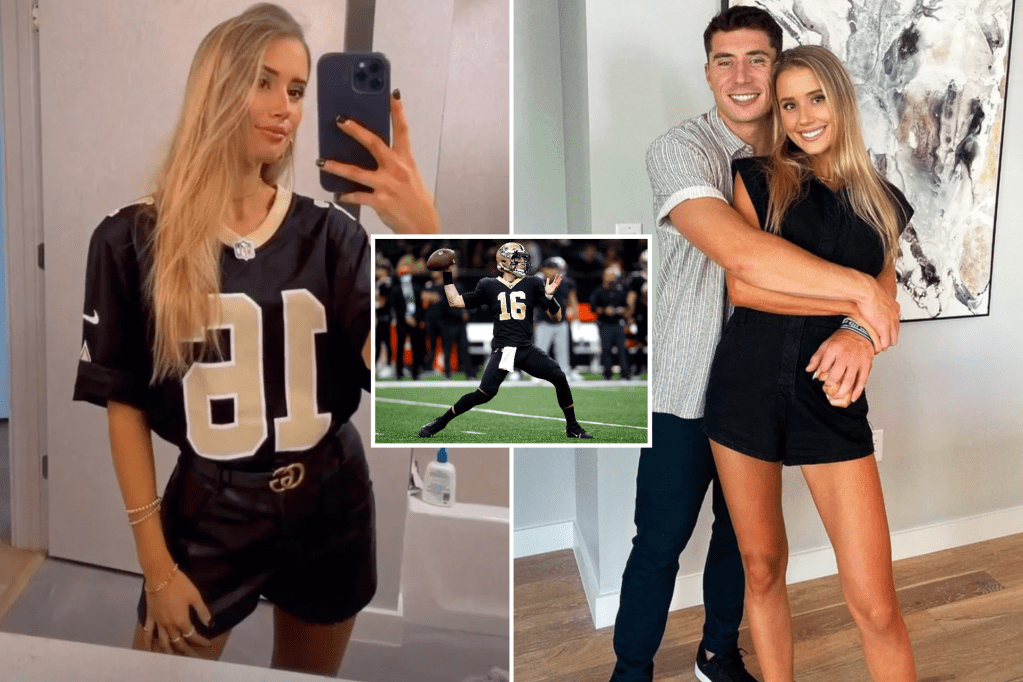 Ian Book’s favorite fan, girlfriend Kendall Moore, was especially excited to watch the Saints quarterback make his NFL debut on Monday night. Unfortunately, the outing was anything but memorable.

Ahead of Monday’s game against the Dolphins, Moore took to Instagram where she posted a video of her modeling Book’s jersey. She then captured the moment she entered the Caesars Superdome in New Orleans before the 23-year-old rookie was bottom center of the line.

The big night of the Notre Dame product wasn’t exactly a night for the books, as he completed 12 of 20 passes for 135 yards with two interceptions and zero touchdowns. The Saints dropped to 7-8 this season after losing 20-3, while the Dolphins extended their winning streak to seven.

“Personally, I have a lot to get better at,” Book said after the game. “Excited to see the film and go back to the drawing board. We sit on the sidelines and look at the IPads, there are things in my head that I already want back. It was good to be out there. I evaluate it. It’s bad. We didn’t score a touchdown. We can’t win a game that way.”

Book started Monday in lieu of quarterbacks Taysom Hill and Trevor Siemian, who both tested positive for COVID-19 last week. First string Jameis Winston is sidelined this season after suffering a torn ACL in late October.

New Orleans coach Sean Payton added Monday that he hopes to get some players back for next week’s game against the Panthers.

“I think it’s kind of where we are, to an extent, kind of like a league. It seemed clear that a lot has happened in the last week and a half. I thought our defense was fighting. We have some positive things done in the trap game.In fairness to Ian [Book], it is impossible to evaluate his game. Hopefully we can get some help here, get some guys back and be ready to leave next week,” Payton said.

While it remains to be seen if Book will launch in Week 17, it is likely that Moore will offer her full support on match day.

According to Instagram posts, the couple has been dating since 2020.