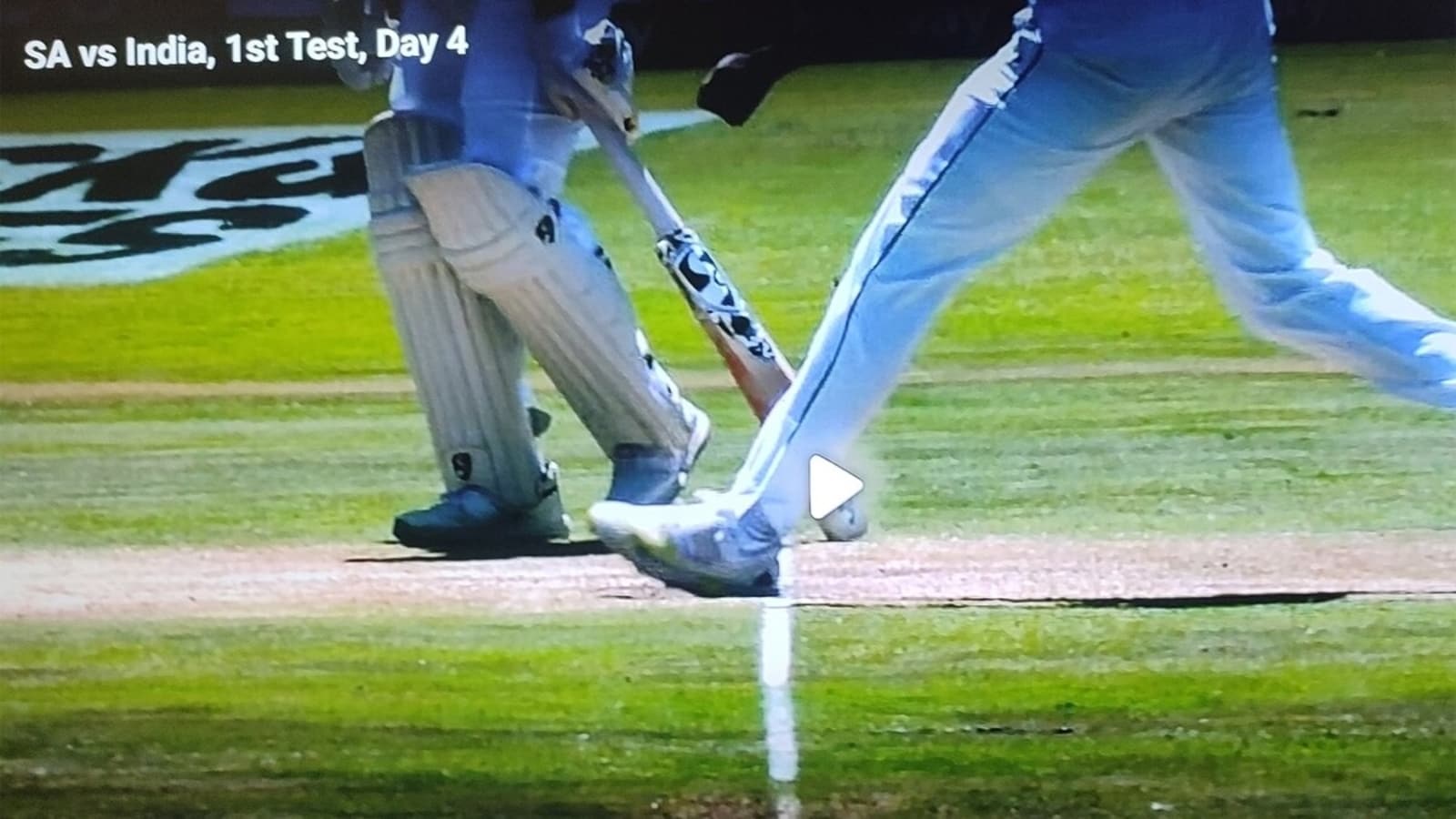 India’s decision to send Shardul Thakur as night watchman in front of Cheteshwar Pujara at the end of Day 3 of the Centurion Test against South Africa served its purpose. The Indian all-rounder played the last few remaining balls out to bring the team to 16/1 when stumps broke a boundary from Marco Jensen from the last ball.

On day 4, when the game started, Thakur seemed sure to partner with KL Rahul, but just as he seemed to have caught sight of, Kagiso Rabada made him reach the second drop.

Thakur was dismissed with 10 with Wiaan Mulder taking a good sharp catch in the barricade. Not too long after, a picture surfaced on social media claiming that Rabada had exceeded and that it was actually a no-ball that Thakur fell for when the third referee could not see it. A twitter user shared the photo.

It did not take long before others joined in, who also felt that Thakur was hard done. “Where does the 3rd referee sleep? Thakur out on no ball,” one user tweeted, while another pointed to Rabada’s frequent no-balls. Rabada on day 1 of the test match had exceeded several times and as the rules now say that the third referees are the ones to make no-ball calls, the South African pacer was called out a few times.

Where does the 3rd judge sleep? Thakur outs on no ball. #INDvsSA

#SAVE It looks like balls are no longer called in the 2nd innings. Rabada has constantly exceeded as seen in replays, but has not been called. Neither by the referee on the court nor by the 3rd referee. Hopefully there was no change in the laws of the game from one day to the next. 🏏🏏

Nevertheless, Thakur did what was expected of him. He played 25 balls to ensure that India did not suffer another blow at the final stages of the game on day 3. With three half-centuries in 2021, Thakur completed 200 test runs with an average of 33.33. In another interesting trivia, this is the first time in eight test rounds that Thakur came to double digits and scored less than 57.

Get our daily news capsule

Thank you for subscribing to our Daily News Capsule newsletter.