Iran has been accused of playing a man as goalkeeper for their women’s national team against fierce rivals Jordan, who have demanded a ‘gender verification’ investigation.

The Iranian team manager denied the allegations, claiming that the Jordanian team, which were big favorites, sought an ‘excuse’ for losing the match.

Iran’s women’s national football team has been accused by rivals Jordan of playing a man as a goalkeeper (Photo: Iran goalkeeper Zohreh Koudaei) during an Asian Cup qualifier 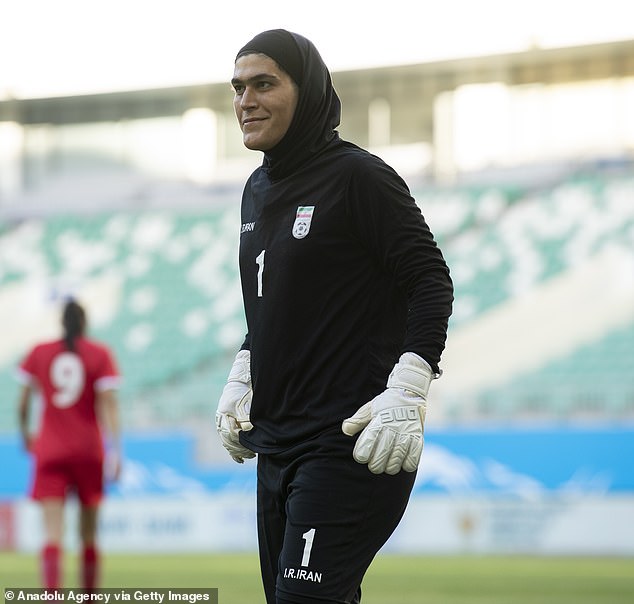 Iran’s women’s national football team has been accused by rivals Jordan of playing a man as a goalkeeper (Photo: Iran goalkeeper Zohreh Koudaei) during an Asian Cup qualifier 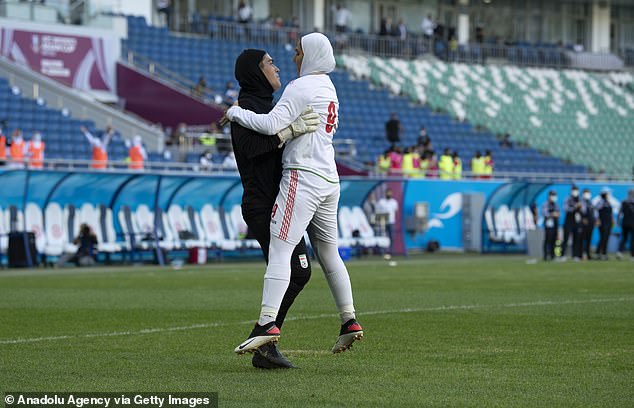 The keeper saved two penalties in the 4-2 shoot-out triumph two months ago (Photo: Koudaei with a team-mate from Iran after victory was confirmed in Uzbekistan) 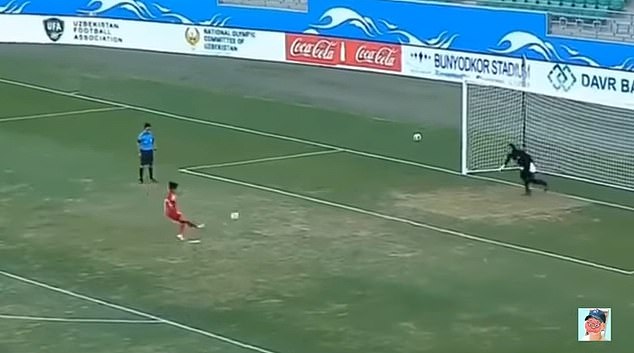 Koudaei makes a stunning save against the Jordanian player during the match in Tashkent, Uzbekistan

An AFC spokesperson said: “The AFC does not comment on pending investigations and/or proceedings, whether factual or potential.”

Prince Ali, former FIFA vice president, called it a “very serious problem if true” and demanded that the AFC “please wake up”. 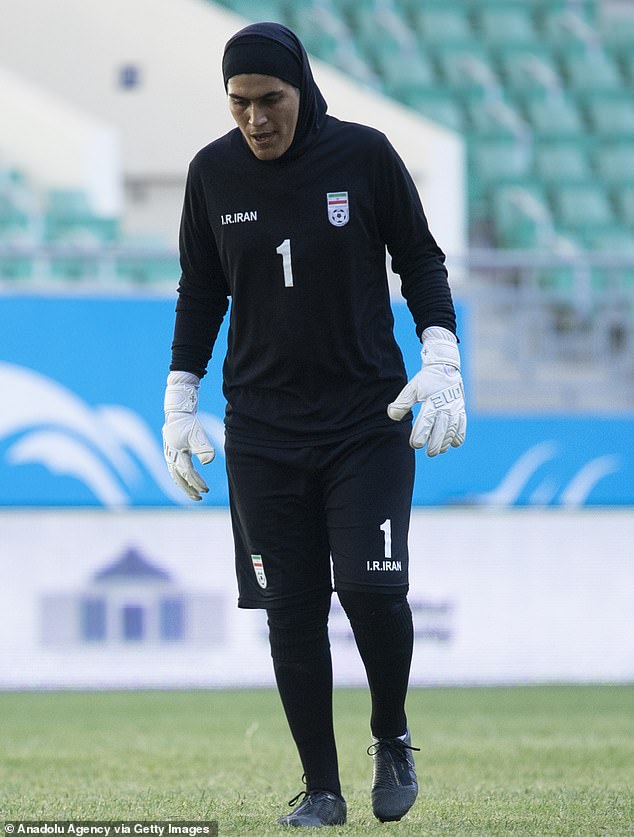 Koudaei has faced questions about her gender in the past, as reported by Saudi broadcaster Al Arabiya 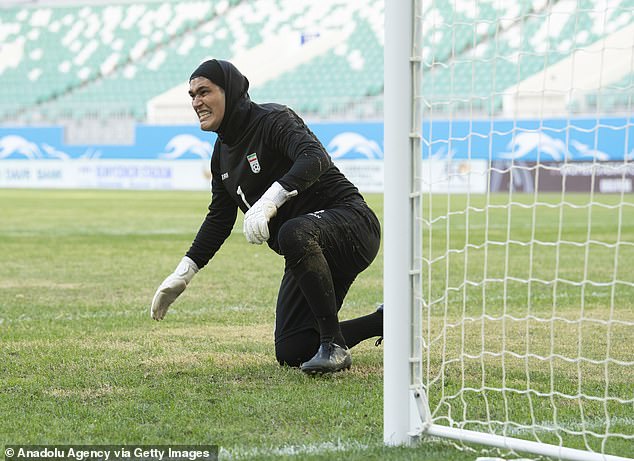 But the Iranian team’s selector, Maryam Irandoost, rejected the accusation.

“The medical staff have carefully examined every player on the national team for hormones to avoid any problems in this regard, so I am telling all fans not to worry,” Irandoost told sports news site Varzesh3 on Sunday.

The coach said Koudaei had previously represented her country in the Asian Cup qualifiers in 2008 and 2010.

“We will provide any documentation that the Asian Football Federation wishes without wasting time,” she added.

The letter from the Jordan Football Association, dated Nov. 5, expressed doubts about the “suitability of a participating player.”

It also claimed Iran’s women’s team “has a history of gender and doping issues,” and called for an “appropriate process” to be followed.

Iranoost said the accusation was used to cover up Jordan’s loss.

“These allegations are just an excuse not to accept the defeat against the Iranian women’s national team,” she said.

“The Jordanian team considered themselves the top favorites to qualify… and when they lost… it was normal to seek help under false pretenses and avoid responsibility for this failure.” 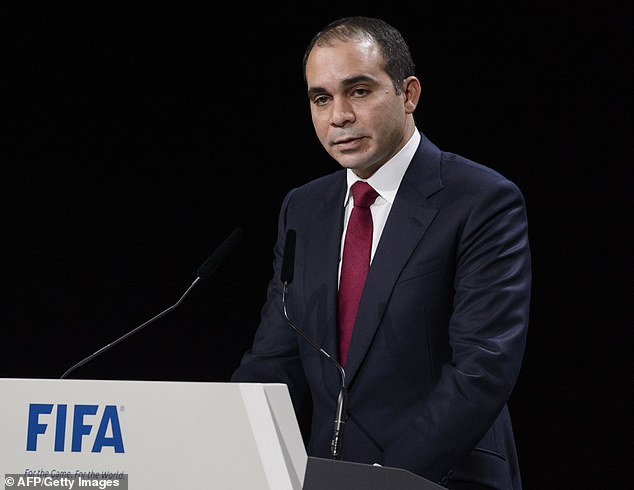 JFA chairman Prince Ali Bin Al-Hussein, who is also a former candidate for FIFA presidency, called on the AFC to ‘please wake up’

Football is immensely popular with women in Iran, despite harsh Islamic law forbidding them to watch matches between men.

The Iranian national team has previously been accused of playing men in the national football team.

In 2015, up to eight players on the squad would be men waiting for gender surgery.

Iran’s Football Association had previously said it would conduct random medical tests to check the gender of its players.

Sex reassignment surgery has been legal in the country since the mid-1980s, when the late Ayatollah Ruhollah Khomeini issued a religious statement that gave them the green light.

The ayatollah was moved by the story of Maryam Khatoon Molkara who met him and described how she had been placed in a psychiatric hospital and forcibly injected with male hormones. 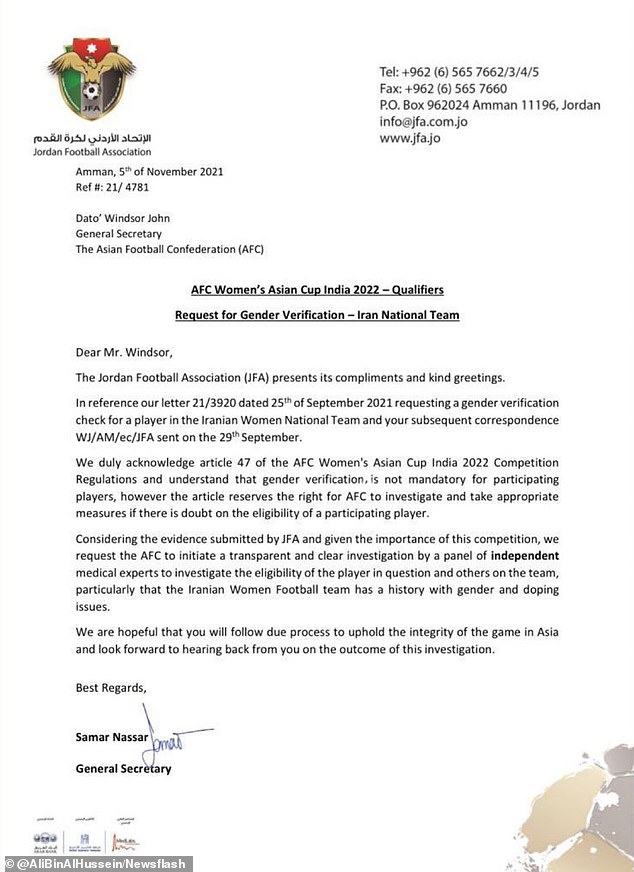 The legality of gender reassignment procedures is in stark contrast to the country’s otherwise strict laws regarding sexual morality under the country’s Sharia code, which prohibits homosexuality and premarital sex.

Tehran has been named one of the world’s hubs for gender reassignment surgery and there are no legal barriers to transgender people in the country.

The government even helps with money for hormone therapy and surgery for those who want it.

The 2022 AFC Women’s Asian Cup kicks off in India in January.