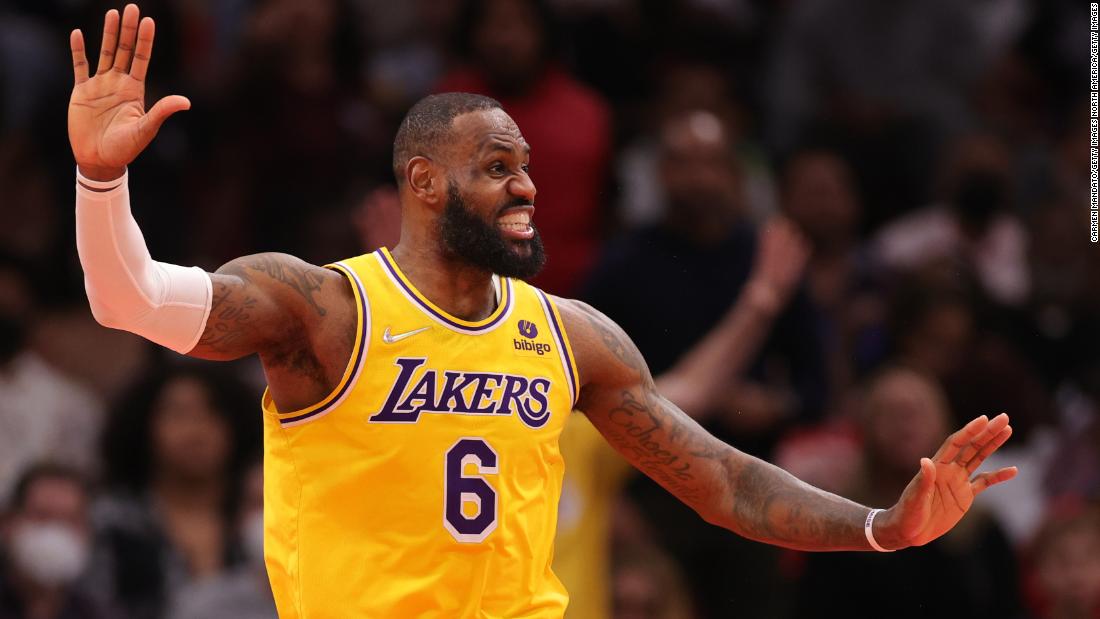 James started at center for the first time in his career, scoring 32 points, 11 rebounds and 11 assists to record his third triple-double of the season.

The 36-year-old was helped by teammate Russell Westbrook, who scored a triple-double himself with 24 points, 12 rebounds and 10 assists.

With a new ‘big three’ from James, Westbrook and Anthony Davis, the Lakers entered the season with championship aspirations but regularly failed to meet that standard.

The team is now 17-18 for the season and is seventh in the Western Conference.

Jalen Green of the Rockets, second-choice in this year’s draft, led his team — whose 10-25 record is the worst in the West — with 24 points to go, two rebounds and four assists.

Elsewhere, Stephen Curry became the first player in NBA history to reach 3,000 made three-pointers in the Golden State Warriors’ 86-89 loss to the Denver Nuggets.

Curry reached the new milestone just two weeks after breaking Ray Allen’s record for most NBA three-pointers, but was unable to prevent his team’s defeat.

“It was cool to hit that milestone,” Curry told reporters. “It’s a nice achievement.

“It’s kind of a weird thought to think for the rest of my career. For the most part I’m pretty sure every three I make will be a new record, so I’m just going to enjoy it.”

The Nuggets nearly lost a 24-point lead at halftime, but were pushed over the line by reigning MVP Nikola Jokic’s 22 points, 18 rebounds and five assists.

It was only the Warriors’ seventh loss of the season, but Steve Kerr’s 27-7 team record is still the best in the NBA.