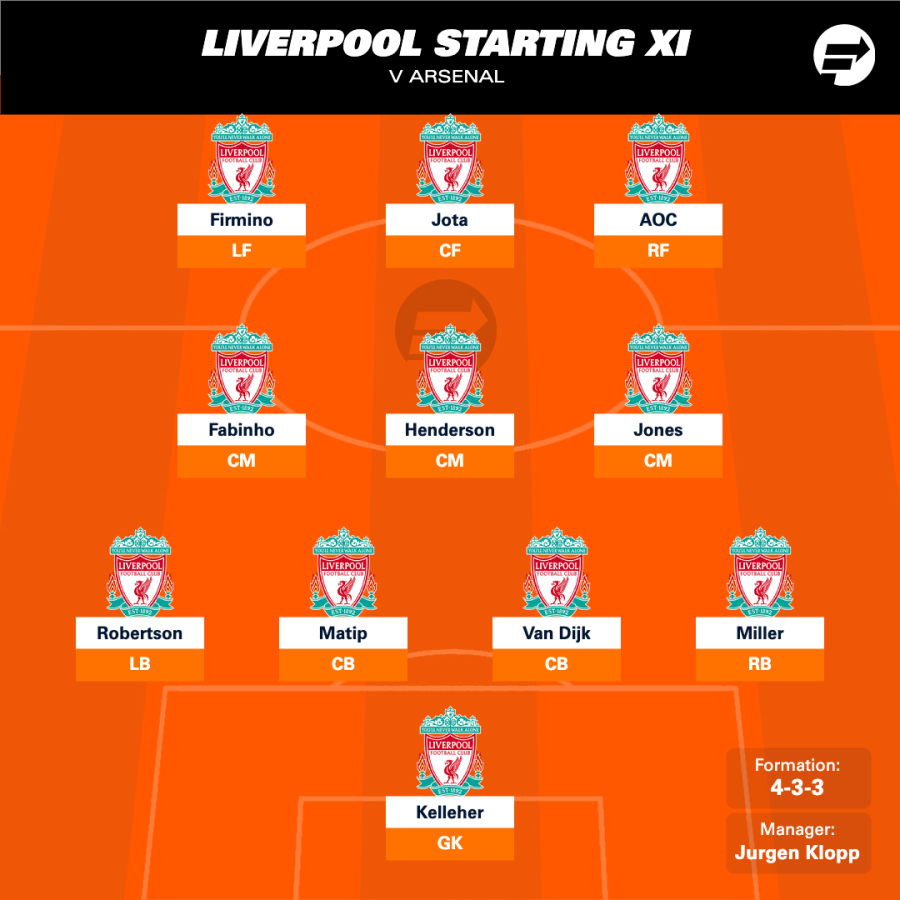 Liverpool and Arsenal will meet in the English League Cup on Thursday night and both Jurgen Klop and Mikel Arteta will be forced to shuffle their squad to accommodate a series of absences.

For the home team, Klopp should have a largely apt squad to pick from, with a few notable exceptions.

On defense, Trent Alexander-Arnold and Alison are back from isolating with COVID, but this game likely comes too soon for the pair. As such, Caoimhin Kelleher is likely to remain in goals, with a defense of four from Andy Robertson, Virgil van Dijk, Joel Matip and James Milner at right back.

Thiago Alcantara remains out with injury and Naby Keita is on international duty, so in midfield we are likely to see Klopp go with a midfield trio of Fabinho, Jordan Henderson and Curtis Jones.

Similarly, Liverpool are still without Sadio Mane and Mohamed Salah due to the African Cup of Nations, so Diogo Jota, Roberto Firmino and Alex Oxlade-Chamberlain should form the club’s attacking trio on the night.

Like Liverpool, Arsenal are also missing several first-team players due to international duty.

In defense we should see the return of Takehiro Tomiyasu at right back, with Ben White and Gabiel in the center and Keiran Tierney on the left. Aaron Ramsdale should resume his place between the posts.

The absence of Thomas Partey in midfield is likely to be addressed with a duo of Martin Odegaard and Granit Xhaka, with Emile Smith Rowe returning from injury to take his place in the number 10 position.

In attack, Arsenal are without Nicolas Pepe and Pierre-Emerick Aubameyang, so Alexandre Lacazette is likely to lead the line, with Bukayo Saka on the right and Gabriel Martinelli on the left.

How Liverpool and Arsenal could line up in the League Cup