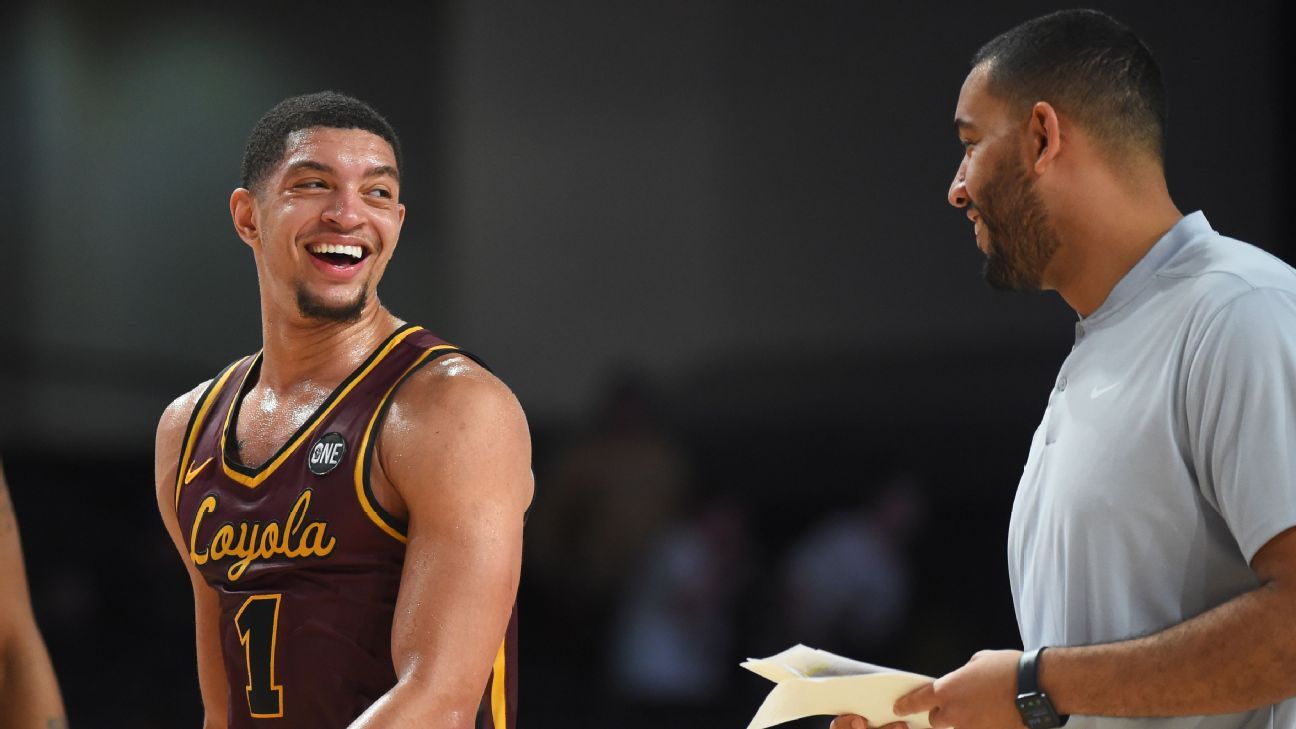 It should have been apparent long before the ball left JP Moorman’s hands, traveled 70 feet through the air of Desert Financial Arena and ripped through the net, yielding the most stunning finish of the season.

The gap is closing.

UC Riverside’s wild November 11 victory over the state of Arizona was the first of several notable victories, over a 24-hour period, to be announced (or should have) that the “haves” no longer have as much as they once had over the “have-nots”.

The next day, Furman defeated Louisville, Princeton overthrew South Carolina, Oakland outlived the state of Oklahoma, and Santa Clara stunned Stanford. All anxiety, by definition. All easily due to chaos early in the season, or strength programs adapting to raiding the transfer portal. But they are also indisputable evidence of a shift, however small, in the balance of power in college basketball.

“Mid-majors” — for our purposes, programs outside the top 7 conferences (Power Five, Big East, AAC) and Gonzaga — posted a 0.153 win rate against their major conference brethren, in games played through December 31 . At least that’s on 11% from each of the previous five seasons, per ESPN Stats & Information. And while that may not seem like a huge number, remember that in most cases these games are “buying games” — competitions in which power conference programs pay large sums to mid-majors to prepare them for competition. Tuning effectively.

The NCAA tournament, of course, is where mid-major wins resonate the loudest, and since 2011, Cinderella has been crushing her share of the dances. Mid-majors have won at least five first-round games in nine of the last 10 NCAA tournaments. During that period, mid-large teams have been underdogs 288 times against Major Conference, Big East, AAC or Gonzaga and have won 21% of those games!

It would be a mistake to limit the impact of mid-majors to the college game. The success of mid-major alumni in the NBA can be found in every Steph Curry three, Damian Lillard buzzer-beater, Paul George dunk and Kawhi Leonard fadeaway.

Of the 10 former college basketball players who made All-NBA First, Second, or Third Team last season, four played in high schools. Three of the five players in the 2019-2020 All-NBA Second Team were mid-major alums. Last season, half of the former college players played on the NBA’s top two teams at mid-majors. In the past nine seasons, at least one player has played in the top three NBA teams in a mid-major program.

So the demand for recognition.

So the need for a barometer.

Each week, our committee ranks the best mid-major programs based on a list of simple criteria, including: overall resume, personal results, and performance through statistical formulas, scientific calculations, analytics, algorithms, and NASA quality statistics.

So without further ado, we present this week’s KC’s Mid-Major Top 10:

With Porter Moser leaving for Oklahoma and All-American Cameron Krutwig leaving after his senior year, it would have been understandable if the Ramblers had left.

Coach Drew Valentine has Loyola (9-2) at the top of our poll, with non-conference wins over Arizona State, DePaul and Vanderbilt. The Ramblers’ two losses are to Michigan State (with 2) and Auburn (with 9) — both currently AP Top 10 teams — and both on consecutive days, in the Bad Boy Mowers Battle for Atlantis.

Next one: vs. San Francisco (Salt Lake City, Thursday)

Look, this is hardly a niggle for the Rams (11-0), and more of a nod to Loyola’s play against better competition.

Anyway, Niko Medved continues to work wonders in Fort Collins. His Rams are one of only three remaining undefeated teams in DI (Baylor, USC), with quality wins over Creighton, Saint Mary’s and Mississippi State.

A meeting with Boise State on January 7 will be a big test.

Next one: at Boise State (Friday)

Mark Pope’s team had arguably the best start to the season of any mid-major teams with opening week wins over San Diego State and Oregon (in Eugene, against 32!) The Cougars finished November with another impressive win over Utah , before being stumbled upon by the very good Utah Valley team of Mark Madsen.

Next one: vs. Pacific (Thurs)

The eternal Mountain West powers are back, looking forward to a second straight trip to the NCAA tournament and their ninth since 2010. Coach Brian Dutcher’s team didn’t shy away from anyone in the non-conference, suffering defeats to BYU, USC. and Michigan — but also record quality wins out over the state of Arizona and Georgetown.

Still, it’s their mid-December win over Saint Mary’s in the Jerry Colangelo Classic that stands out and gives the Aztecs a spot for…

Next one: vs. Nevada (Saturday)

It’s not surprising to see Randy Bennett’s team at the elite mid-major programs in college basketball. What’s surprising is how much competition Saint Mary’s will have at the conference this season, beyond the obvious Goliath who lives in Spokane.

Still, the Gaels (12-3) will be a force in the WCC, as evidenced by their appearance in the Maui Jim Maui Invitational. Impressive wins over Notre Dame and Oregon (not to mention a strong performance in a championship game against Wisconsin) coupled with solid Ws over Utah and Missouri state are all signs of great optimism in Moraga.

Next one: at BYU (Saturday)

The most winning program in WCC history (I know, right?!) The Dons (13-1) won their first 10 games of the season, against a veritable who’s-who of KC’s Mid-Major Top 10 contenders. Davidson, UAB, UNLV and Fresno State are all quality gains, as is the ever-impressive removal of a Power 5 (66-65 in Arizona State in mid-December.)

A hard-fought defeat to a solid Grand Canyon team is the only blemish on Coach Todd Golden’s schedule.

It doesn’t get more impressive than what Bob McKillop accomplished in 33 seasons of coaching with Davidson. Nine conference coach of the year awards, 2008 national team coach of the year and nine trips to the NCAA tournament. This season could be number 10 given the start of the Wildcats (11-2).

A current streak of nine-game wins, including a Christmas blast over Alabama, has lit the burn of two L’s to San Francisco and the state of New Mexico early in the season.

Next one: vs. Rhode Island (Saturday)

It’s the Bruins’ last season (10-3) in the OVC before they leave for the MVC, and not many people will be upset to see them go.

Coach Casey Alexander has followed up on the huge success of legend Rick Byrd with consecutive seasons of 26 wins. Belmont’s Big 3 of Nick Muszynski, Ben Sheppard and Grayson Murphy are among the best trios in the game, and wins over Drake, Iona, Saint Louis and Chattanooga are all legit.

Next one: Southeast Missouri State (Thurs)

No bribes were taken in Woj’s back room in making this choice.

The committee spent hours debating the merits (and mistakes) of the Bonnies. Still, as awful as they looked against Virginia Tech, the final decision was made to keep coach Mark Schmidt’s team (8-3) in the Top 10.

Wins over Boise State, Clemson, Marquette, and Buffalo have happened, and we believe Kyle Lofton and the Bonnies are more That team than the one we saw against the Hokies.

Next one: vs. Saint Louis (Saturday)

This Top 10 ranking is certainly one of the most prestigious achievements in Rick Pitino’s Hall of Fame career.

Watch the Gaels win over Alabama in the ESPN Events Invitational in late November and tell me this team isn’t real. Losses to Belmont and Kansas The next two games are the only setbacks so far for Iona (11-2) — which also saw victories against the likes of Harvard, Hofstra and Liberty.

Anything but a repeat win in the MAAC Championship would be a surprise.

Next one: Manhattan (January 14)