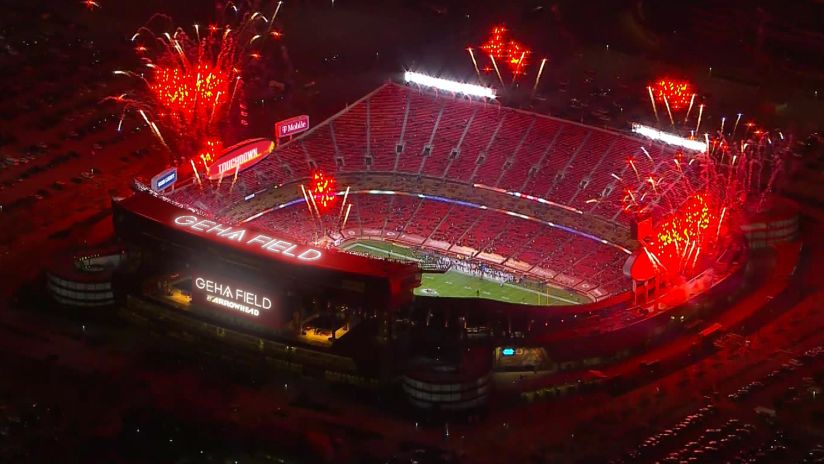 KANSAS CITY, Mo. — The Kansas City Chiefs secured their spot in the playoffs when they defeated the Pittsburgh Steelers on Week 16.

As AFC West champions, the Chiefs are guaranteed a top-4 place in the AFC play-off picture; however, the loss to the Cincinnati Bengals last week puts their fate in the hands of the 4-12 Houston Texans if they want to secure the No. 1 seed and a first round goodbye.

The best-case scenario for Kansas City is for the Chiefs to defeat the Denver Broncos on Saturday afternoon.

A win guarantees home advantage through the division round if they get that far. In that case, if the Chiefs win the AFC Championship for the fourth time in a row and play against a team not called the Tennessee Titans, they will play at GEHA Field in Arrowhead Stadium.

If the Chiefs win and the Texans manage to upset the Titans, Kansas City will secure the coveted first-round bye and home field advantage.

In reality, any remaining AFC matchups will have playoff placement implications, making it nearly impossible to guess who will play against whom.

Assuming the Chiefs and Titans win (giving Kansas City the second seed), there are a few “most likely” situations barring major disruptions.

If the playoffs started now, the Chiefs would host AFC West rival Los Angeles Chargers, who split the season series 1-1, in the Wild Card round.

The Chargers play Sunday night in a division to be won against the Las Vegas Raiders.

Things really take a chaotic turn when the Jacksonville Jaguars can upset the Colts.