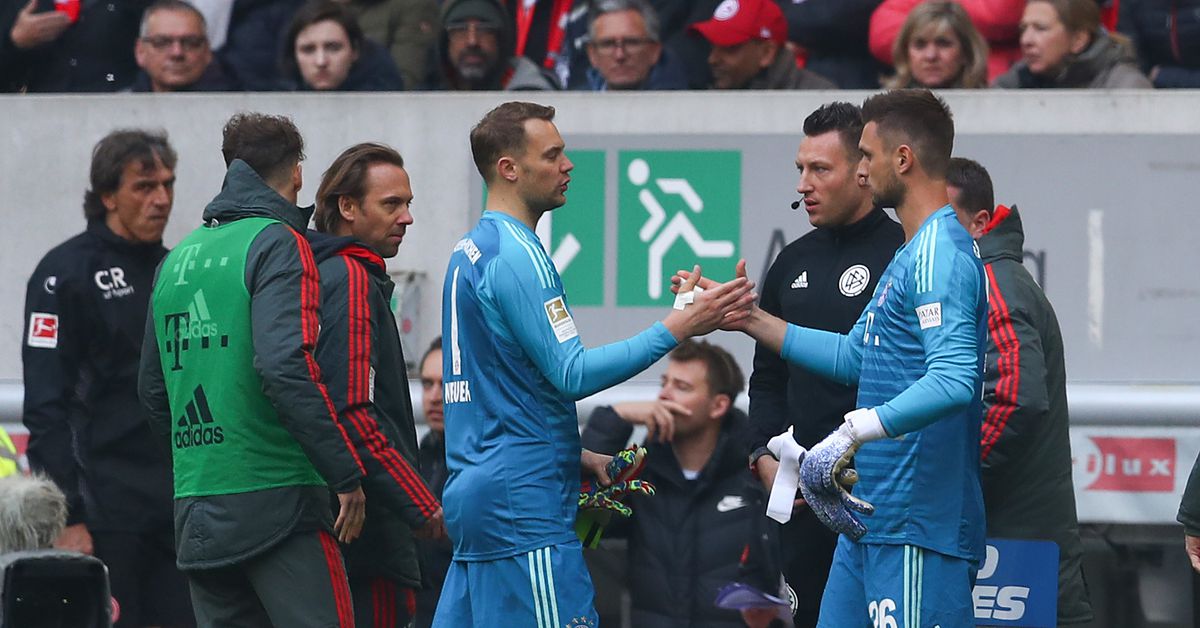 Sven Ulreich made his first round appearance for Bayern Munich since DFB-Pokal’s victory over Bremer SV in the 2-1 defeat to Borussia Mönchengladbach for the second half. Manuel Neuer was not available for selection as he was still in quarantine for the coronavirus in the Maldives, but he has since returned to Munich and Sabener Strasse.

For what it’s worth, given Ulreich hadn’t played since late August, it would always be a difficult task for Ulreich to get a job done, but none of Gladbach’s goals were really his fault and, as a collective, Bayern just weren’t. good enough to take all the points, or even just one point.

There’s certainly an argument that if Neuer had been in goal maybe two goals wouldn’t have come in, but that’s all just a fugazi at the moment. Ulreich recently expressed concern that the DFL would let Gladbach’s game go ahead with all the corona cases Bayern had, but in a recent interview with Bild, Neuer’s backup was able to remain in a light mood.

In the interview, Ulreich joked about the sentiment that former manager Pep Guardiola had conveyed when he was Bayern manager by playing Neuer in midfield rather than in goal. Julian Nagelsmann had no choice at all with the players he had available for the ‘Gladbach match’ and really had to tap into Bayern’s youth to have enough players to put together a full roster. Ulreich joked that Neuer could have replaced an outfield position had he been available for selection and not quarantined in the Maldives. “It’s always a fun gimmick for the media. In my opinion, Manu is the best goalkeeper in the world in terms of football, and in theory he could also play on the pitch. He would have the necessary physique and from his football lessons he certainly could. Unfortunately we didn’t have him, otherwise in theory we could have made an interesting line-up – me in goal and him in the six or something,” said Ulreich.

Ulreich also has no doubts that Neuer will eventually sign another contract extension with Bayern, as his current contract with the club expires next year. With the way he performs day in and day out on the training pitch and in games, Ulreich believes his compatriot will be Bayern’s number one goalkeeper for at least a few more years. “I don’t know how long he wants, but why would he think about quitting? I see him in training all the time, he is in great shape. It has a great quality that calls it every week. I think he can play for a few more years,” he explained, regardless of what that means for his own fortunes from getting playing minutes.