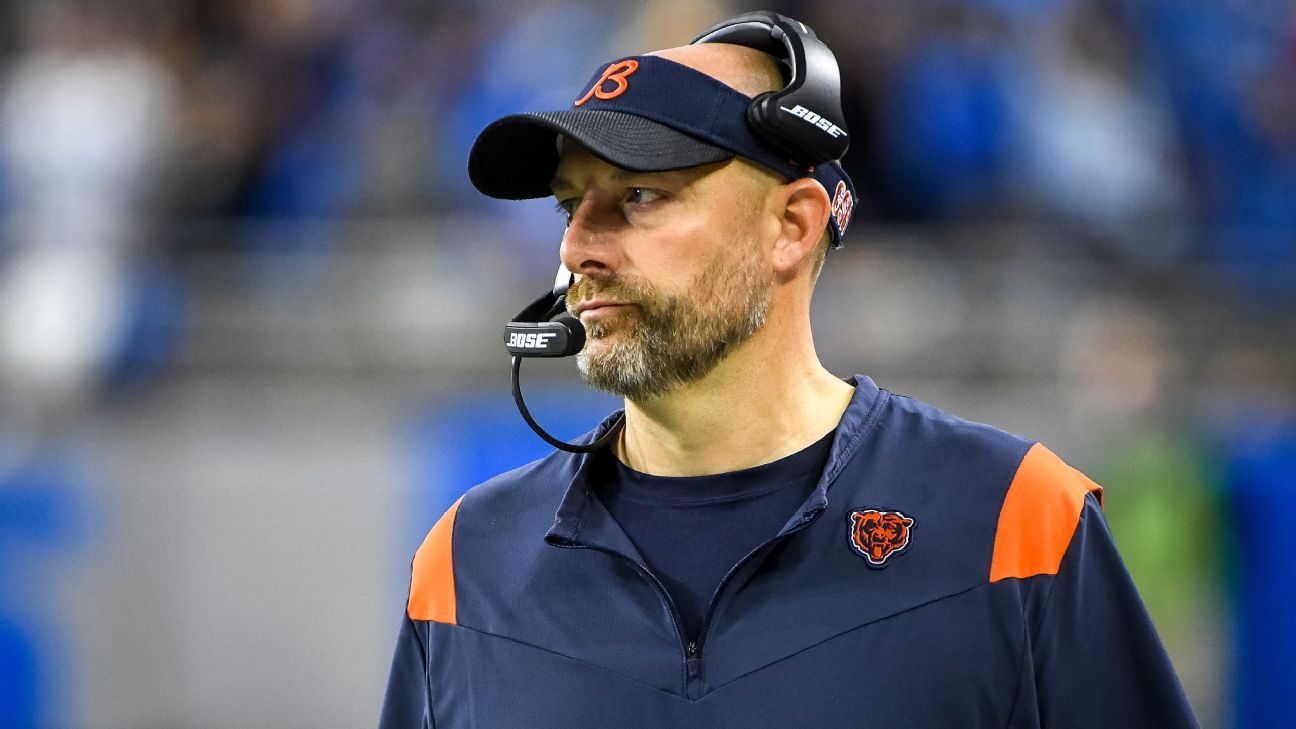 Amid swirling rumors about his job security, Chicago Bears coach Matt Nagy said Monday that he is working under the assumption that he will coach the team’s last two games of the regular season.

The Bears have never fired a coach during the season, but a new NFL rule allows teams to begin interviewing candidates during the final two weeks of the regular season if the coach is either no longer employed or has been told that he will not return for 2022. Nagy denied a report last month that he had been told he would be fired after the Thanksgiving Day match at the Detroit Lions.

The Bears (5-10) broke a three-game losing streak on Sunday with a 25-24 victory over the Seattle Seahawks, but they are among eight teams that have been eliminated from the playoffs.

Asked Monday if he assumed he would train the season out, Nagy nodded and said, “Yes.”

Earlier, Nagy said he was unaware of any changes in the timing of the Bears’ annual coaching evaluation process, which typically ends after the regular season. He noted the level of effort of his players in an otherwise meaningless match Sunday in Seattle.

“One thing you can always evaluate is the effort of players,” he said. “You never know [what the result will be]. But you can always judge effort. We saw that yesterday. … You appreciate that. It says who the players are in this building. They deserve it and they deserve to have the feeling of winning. It’s been awhile. When you get a chance to win, you have to enjoy it. And for me personally, I’m just really happy with the players. “