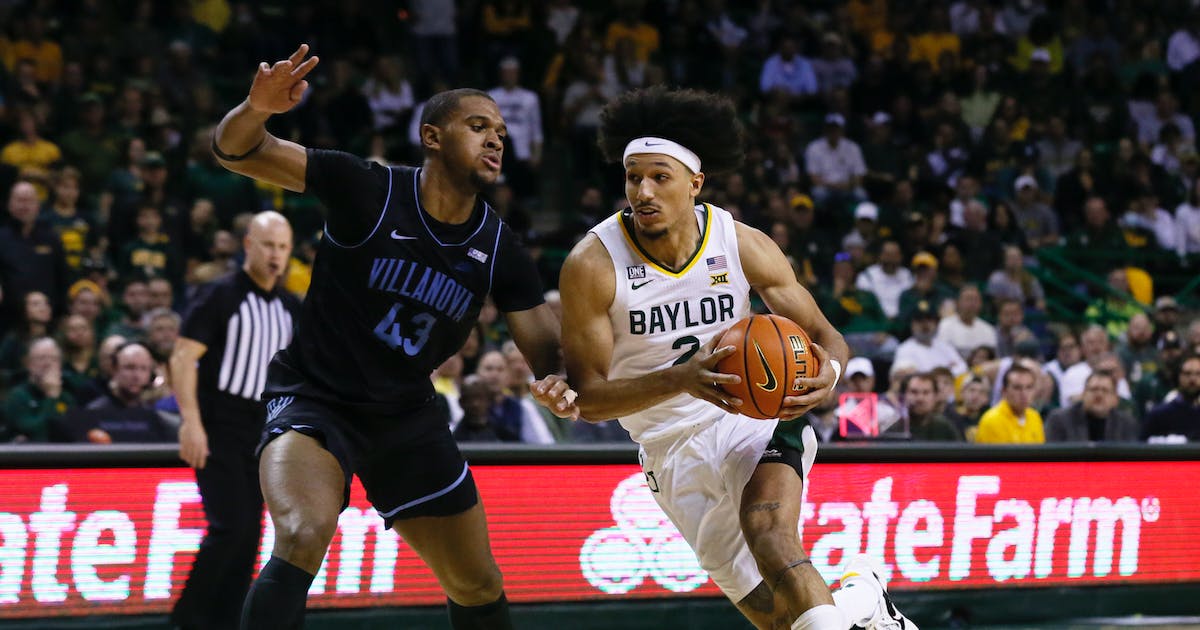 Thanks for checking out Basketball Across Minnesota, my weekly take on some of the state’s best hoop stories, from preps to pros. — Marcus Fuller

Minnesota-born Kendall and Courtney Brown Jr. aren’t the only siblings playing Division I basketball across the country. But there’s something else about where these former East Ridge High School stars are today that makes their journey unique.

They play for number 1 Baylor. The other plays for Division I newcomer St. Thomas. In other words, they’re at the opposite ends of the college hoops spectrum.

Kendall Brown is a hotshot freshman starter for the defending NCAA champion Bears, who improved to 14-0 on Tuesday after an 84-74 win over Oklahoma.

Courtney Brown Jr., a junior transfer from Milwaukee, is redshirting for an 8-7 St. Thomas team that made the jump from Division III this season.

Watching from afar, Kendall is happy to see St. Thomas doing well and starting a foundation even while his older brother is sitting outside. The Tommies are “a good place for him and a good fit for him,” said the younger Brown.

Fitting into Baylor also seemed easy for Kendall, who stormed into college as one of the country’s top freshmen. It was an exciting start to the year for the Brown family in Minnesota, who watched their success in Waco, Texas.

“It’s great to be a part of a culture like this,” said Kendall, who imagined playing on the big stage when he left home as a junior in 2019 to attend the Sunrise Christian Academy in Kansas. “Just trying to repeat and do it with the guys we have is a really good feeling. It’s just different.”

When asked what he meant by different, Kendall said the Baylor program felt even more like a family with their strong faith-based culture under Drew.

“We really care about each other, and it definitely shows up on the field,” Kendall said of the Bears, who started the season as under the radar as you could be for a defending National Champion and No. 8-ranked team.

Gonzaga, Duke and Purdue got more buzz, and each eventually held the No. 1 spot in first place, but Kendall and his company slowly climbed to the top.

Best known as a high school slasher, Kendall impressed college hoops analysts and scouts with his shooting, defense and passing skills, including a near triple-double with 13 points, 10 assists and eight rebounds in his career. second college game.

“I feel like every freshman that comes in would like to contribute,” Kendall said. “I just wanted to get out there, play my game and do what I’m doing. I wouldn’t say there was that much pressure. Expectations for myself: I want to be the freshman of the year in the Big 12.”

When Kendall left Minnesota two years ago to attend prep school, he was a spindly 6-5 point guard who radiated potential after completing his sophomore year at East Ridge. In just two years, the younger Brown filled a chiseled 6-8, 210-pound sky-walking wing that not much national media saw coming.

Jalen Suggs and Chet Holmgren made headlines as five-star Minnesota recruits moving from Minnehaha Academy to Gonzaga. But Kendall Brown, without so many accolades, signed with Baylor, who reloaded after beating the Zags in last year’s NCAA title game.

Kendall misses the days when he played with his big brother growing up in Cottage Grove and high school in Woodbury, but he’s glad they’re both now part of something special on different sides of the Division I hoop scene.

“My brother means everything,” said Kendall Brown. “As young children we did everything together. I was playing basketball with him pretty much 24/7. We still talk to each other every day, but this is what we wanted to do. These are our dreams, so we have to chase them .”

Five Minnesotans who stood out this week:

The 6-2 senior took 27 points on 10-for-12 shooting to beat host Hibbing 80-49 in the North Star State Hardwood Showcase title game last Thursday, scoring 28 points in a win over Brooklyn Center on Wednesday night.

The South Dakota State commit and the state’s leading scorer had 25 points, 10 rebounds and five blocks in a win at Sleepy Eye on Tuesday.

27 — Gopher Jamison Battle’s double-digit scoring streak (every game for the past two seasons).

The Tommies have won two of their first three games in the Summit League, but their biggest challenge yet comes Thursday as hosts Oral Roberts and All-America guard Max Abmas.

The top-ranked Class 4A Pirates (7-0) led by Gophers recruit Braeden Carrington will try to avoid becoming the second consecutive victim of Osseo, who previously surprised No. 4 Minnetonka on Tuesday.

Basketball Across Minnesota is published weekly at startribune.com/sports. After reading this, don’t be a stranger to Twitter, because chatting about these stories makes sharing them even more fun. Thank you for reading. — Marcus (@Marcus_R_Fuller on Twitter)