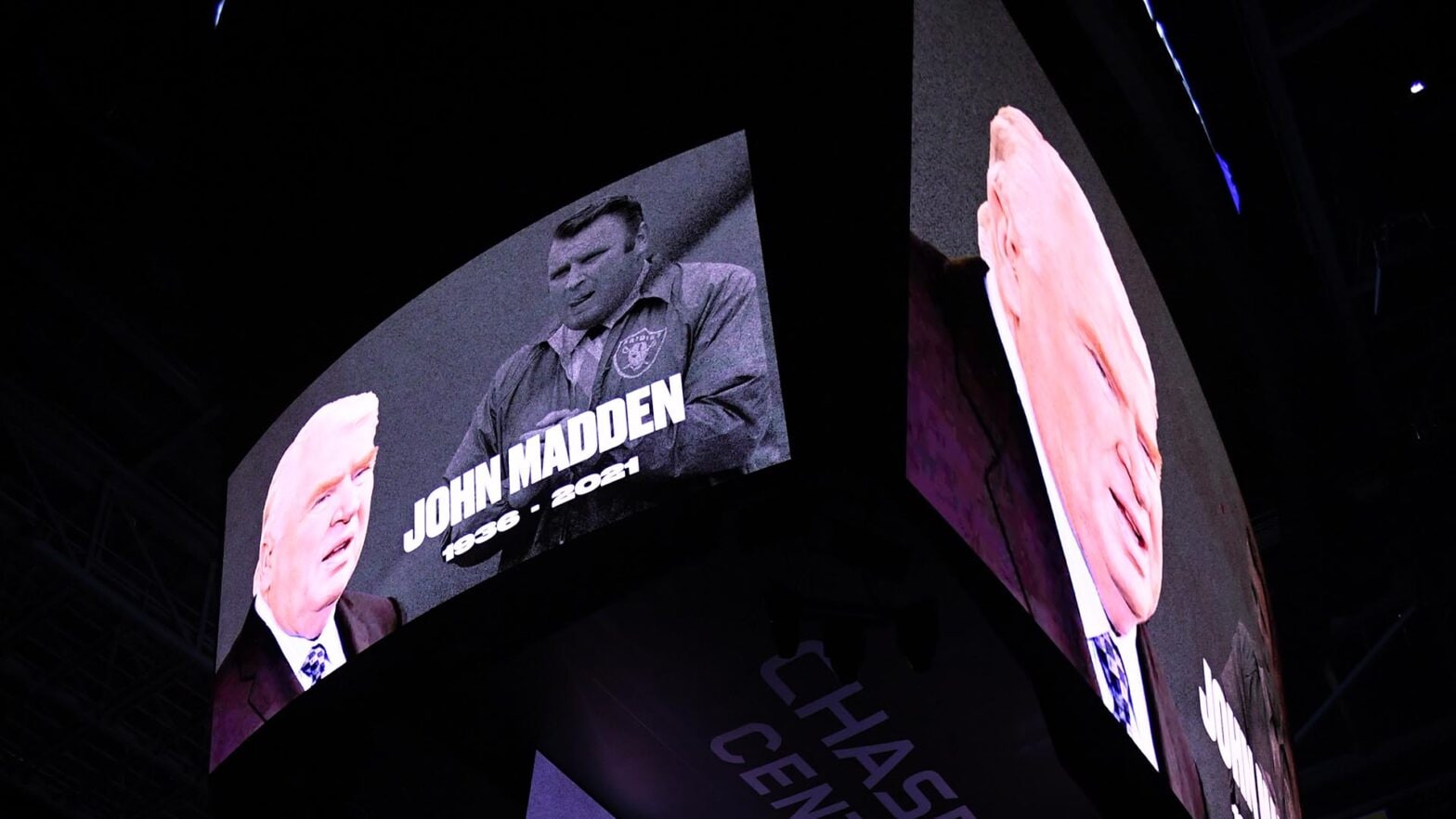 The Warriors honored NFL great John Madden for Tuesday’s game against the Nuggets at Chase Center.

NFL Hall of Fame coach and broadcaster John Madden died Tuesday at age 85. One of the most legendary names in professional football, Madden’s unexpected death was felt in the sports world.

Rest in Peace to Hall of Fame Coach John Madden! Young people know him from the Madden NFL game, but he is a legend because he was a great football coach who won Super Bowl XI, coached the Raiders for 10 seasons and became the youngest coach to have 100 regular season wins.

RIP to the legend Coach John Madden! I never heard of ALL-PRO teams in my youth. It was all about the All Madden team!! One of a kind! Rest Coach

A Bay Area legend. Thank you for all you have done for the bay and for coaching. You will be missed! https://t.co/FEF2vuwPlA

Growing up with Madden owned every game and still play to this day!!!! #RIPMadden https://t.co/SvexygOiLD

RIP to the legend John Madden..

John Madden has passed away at the age of 85. Rest in peace John… pic.twitter.com/gW1N4rFprZ

RIP to the legend John Madden🥺