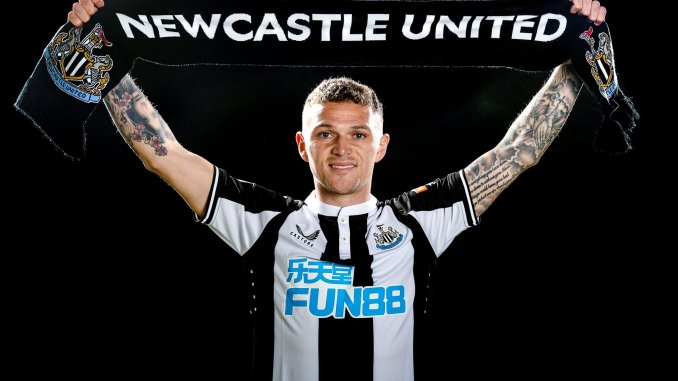 Newcastle United have signed Kieran Trippier from Atlético Madrid for £ 12 million until the summer of 2024.

Trippier joins Newcastle as his first signing from this transfer window after two and a half seasons at Atlético Madrid, where he made 85 appearances in all competitions following his move from Tottenham Hotspur in July 2019 for £ 20 million.

The 31-year-old signed a two-and-a-half-year deal at Tyneside until June 2024, making him Newcastle’s first signing since a £ 300 million acquisition led by Saudi Arabia was completed in October 2021.

Speaking about his decision to sign for Newcastle, which sees him return to English football for the first time since May 2019, Trippier said: “I am delighted to join this fantastic club.

“I really enjoyed my time in Madrid, but when I realized the interest of Newcastle United, and having worked with Eddie Howe before, I knew that this was where I wanted to be.

“I am aware that we have a lot of work ahead of us, but I know well the demands of the Premier League and I know how incredible this club is with very talented players. I can’t wait to get started and I’m excited to be out at St. James’ Park as a Newcastle player. “

Magpies manager Eddie Howe added: “I am very happy to welcome Kieran to Newcastle United. I have long admired his skills and followed his career, so when the opportunity arose to secure it, we did not hesitate. “

Howe also offered a joke to fans, insisting that “a lot of work had been done on the planning” ahead of the transfer window opening this month, as evidenced by how quickly this deal was completed and is expected. more signatures to be produced in the coming weeks. .

Trippier could make his Newcastle debut on Saturday 8 January at St James’ Park when the Magpies host Cambridge United in the third round of the 2021-22 FA Cup.

During his time at Atlético, Trippier helped the Colchoneros win the 2020-21 La Liga title ahead of Real Madrid, following a tense deciding match on the final day that saw England’s right-back claim his first title in senior football.