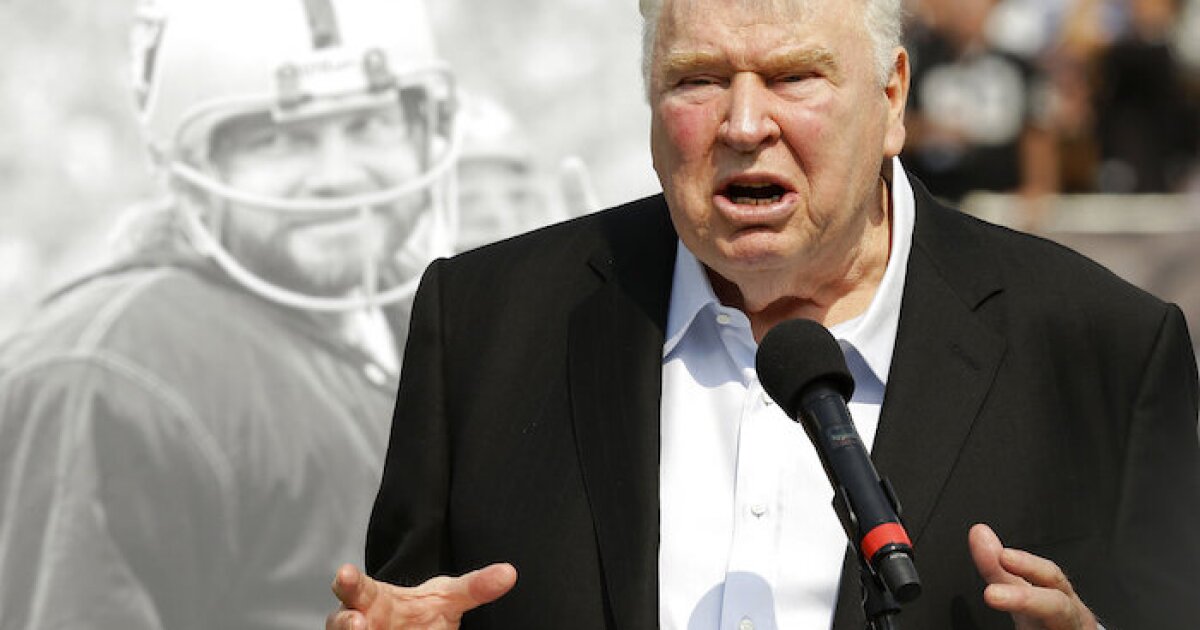 NFL coaching and broadcasting legend John Madden has passed away.

“On behalf of the entire NFL family, we extend our condolences to Virginia, Mike, Joe and their families,” NFL Commissioner Roger Goodell said in a press release.

Madden was the head coach of the Oakland Raiders and led them to Super Bowl XI.

He is also known for calling games on two networks along with Pat Summerall for 22 seasons.

Madden also had his video game, which not only lent him his name but also played an active role in its development, NBC Sports reported.