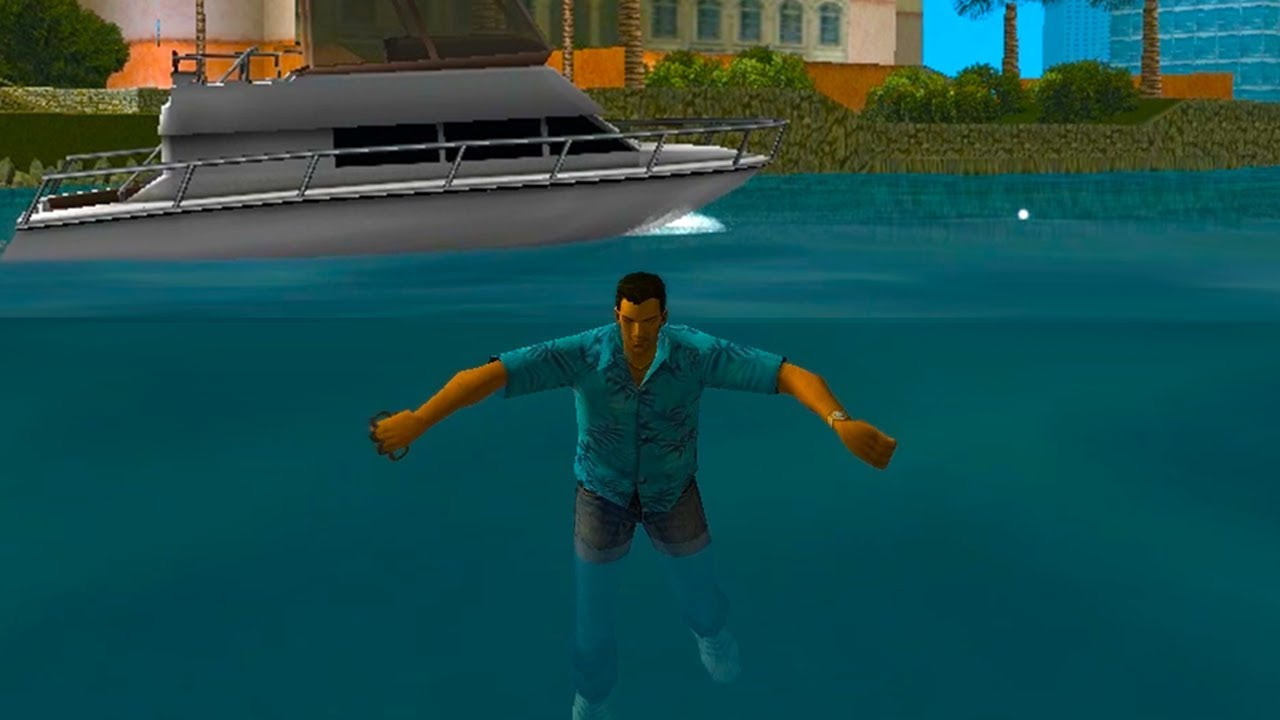 Forget those clickbait YouTube thumbnails that seemed to suggest the opposite: Tommy Vercetti still can not swim in GTA Vice City in the GTA trilogy. Recordings of Rockstar’s remaster are starting to be shared online, and one of the first things fans have tried, of course, is to jump into the ocean. However, as you can see from the timestamp embedded above, it does not end well.

Vercetti’s inability to swim has been a sore point for more than a decade now. Vice City is of course inspired by Miami, and its rich blue water seems ripe for paddling. The truth is that the Scottish developer did not have time to add the system to the original, and the text of its PS2 manual encourages you to stay out of the water due to the presence of sharks.

Some mods added to the game in the years since its 2002 debut have incorporated swimming systems, and there was some hope that Rockstar would retroactively integrate something similar into the remaster. Leaked footage confirms, however, that the open-world classic plays identically to the original, meaning you’ll drown if you fall into the crisp oceans of Vice City.