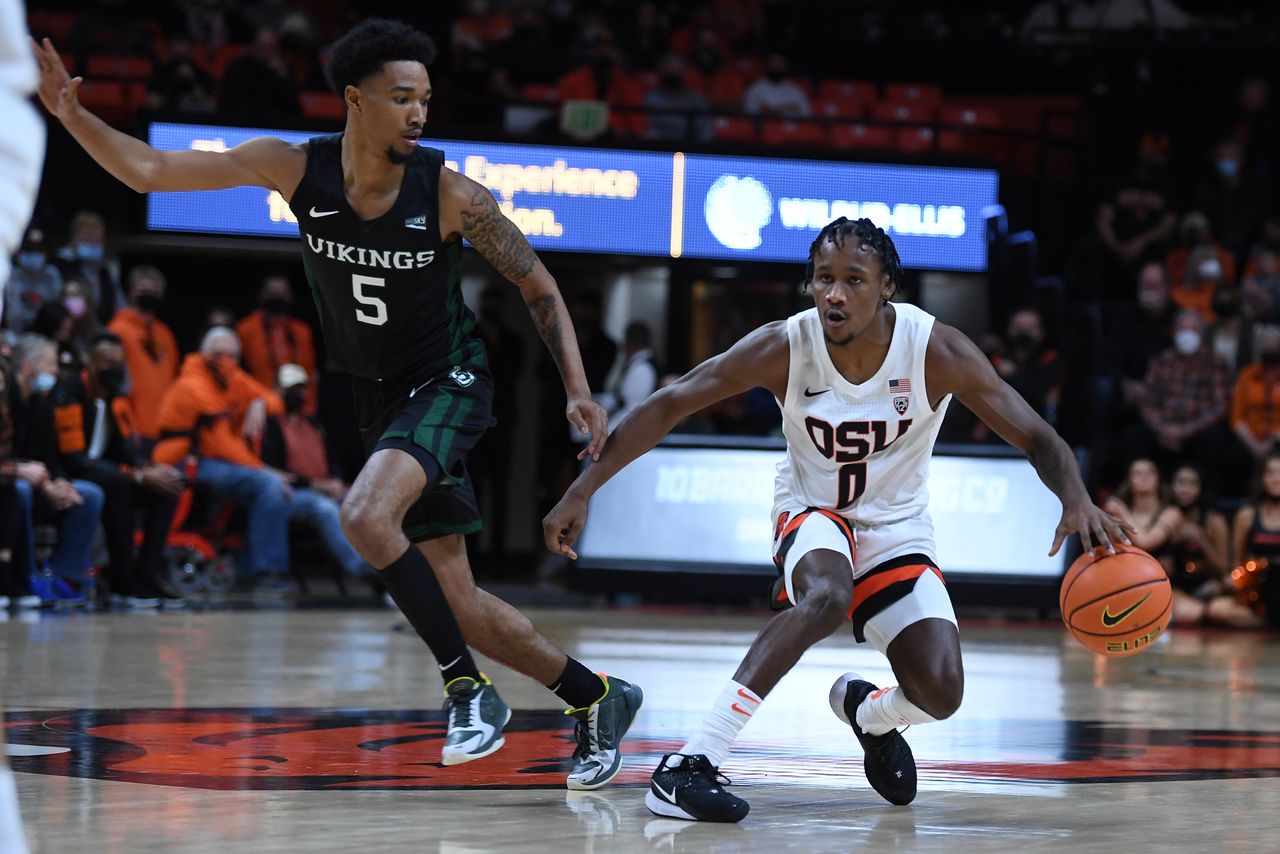 Oregon State guard Gianni Hunt will not play for the remainder of the 2021-2022 men’s basketball season as the Beavers sophomore announced he is working on his mental well-being.

Hunt has missed the last five games due to personal reasons. On Thursday, Hunt announced on social media that he is serving the remainder of this season.

Wrote Hunt: “As I have taken time off from basketball to focus on my mental well-being, I want you all to know that this was and has not been an easy decision for myself; it’s the best for me now.

“After some thought and with the help of my loved ones, I’ve decided to use the rest of this year to put basketball on indefinite hiatus.

“To the community, family and friends of the State of Oregon, I hope you understand and respect my decision.”

Hunt entered the season as one of two point guards on the roster. He started the first four games, before JC transfer Dashawn Davis became the prominent headguard of the team. Hunt played a season-low nine minutes on December 5 against Arizona, the last game he entered.

It is unknown if Hunt will return to action in the state of Oregon in the 2022-23 season.