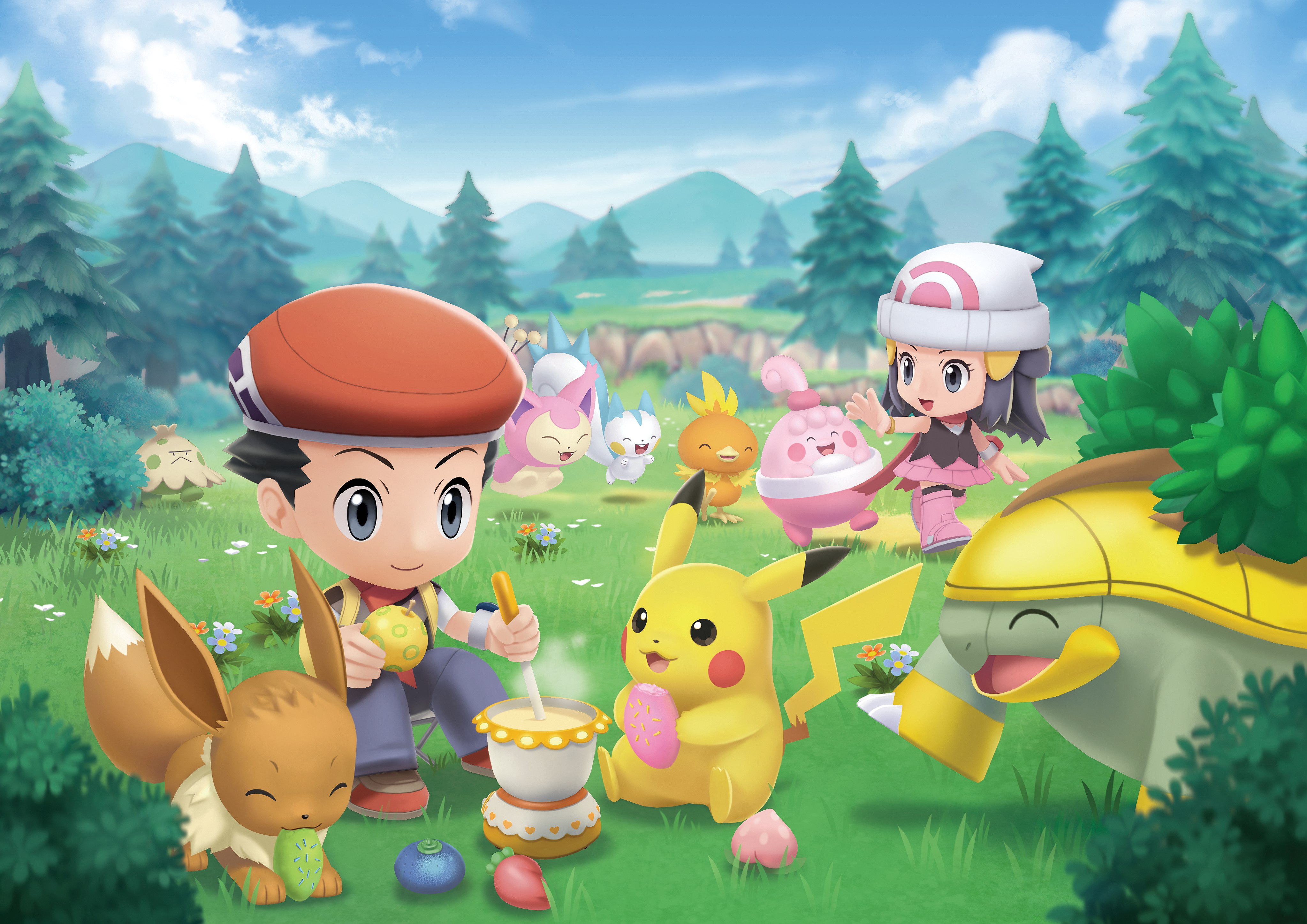 Ramanas Park is a place where you will encounter legendary Pokemons Pokemon Brilliant Diamond and Shining Pearl.

Releasing on November 19, on the day of release, you will be able to visit Ramanas Park and have a chance to encounter legendary Pokemon.

New in this release, Ramanas Park is a facility you can visit after entering the Hall of Fame. In the rose-filled park you will find caves scattered everywhere and the chambers inside have a mysterious atmosphere. This is where you will encounter legendary Pokemon.

Some of these legendary Pokemon can only be encountered in one or the other game version, but you can still try to get them on your team in other ways, such as by dealing with other trainers.

Examples of legendary Pokemon you may encounter are Mewtwo and Rayquaza. In Brilliant Diamond, the legends are Raikou, Entei, Suicune and Ho-Oh. Those with Shining Pearl may encounter Articuno, Zapdos, Moltres and Lugia.

Inside the rooms of Ramanas Park are pedestals, and it is said that if you insert the corresponding slate into a pedestal, a legendary Pokemon will appear. It is unclear exactly how these boards can be obtained, so you will need to do some research while exploring the Sinnoh region.

To play this content, it will be necessary to install updated data, which must be available when the game is released.

There is also a perk to the game if you have played Pokemon Sword and Shield or Pokemon Let’s Go Eevee and Pikachu.

If you have saved data from one of the aforementioned games on your Nintendo Switch system when you launch Pokemon Brilliant Diamond or Shining Pearl, you will be able to get a Mythical Pokemon in the game.

To become friends with this mythical creature, if you’ve stored data from Sword or Shield, talk to a gentleman in the flower field at the southwest end of Floaroma Town to get the mythical Pokemon Jirachi as a companion.

If you’ve saved data from Let’s Go, Pikachu or Eevee, talk to a flower lady in the southwest end of Floaroma Town to accompany Mythical Pokemon Mew.

If you have more than one saved data from the qualifying games, you can only receive one Jirachi and one Mew in Pokemon Brilliant Diamond or Pokemon Shining Pearl.

On launch day, version 1.1.0 will be released. In it, communication features will be added to the Grand Underground, Super Contest Shows, Union Room and Mystery Gift. This update will also implement the Hall of Fame, so you will be sure to update on day one.

Interactions using local and internet communication in the Union Room will be limited to two players. You will be able to fight, swap or shuffle plates in the Union Room initially, but a future update is planned to also enable greeting and capsule decoration.

Some in-game movies and animations will be added, including the title demo that plays when the software launches and the final movie will be implemented.

Noticed issues will also be fixed, so again, make sure your game is up to date.

In addition, future updates are planned to enable Link Trades at Global Wonder Station (GWS) in Jubilife City, as well as Link Battles via the Colosseum feature in Pokemon Centers.