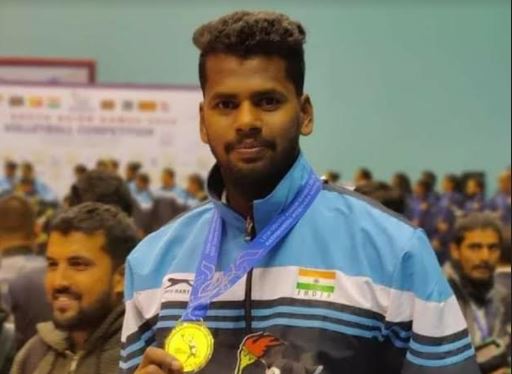 New Delhi: Manoj LM, a 24-year-old player from Hassan, Karnataka, has high expectations for the RuPay Prime Volleyball League, which kicks off in Kochi on February 5. Manoj, who will be part of the Ahmedabad Defenders team, is optimistic that the league will help many volleyball players constructively.

“I believe that the RuPay Prime Volleyball League will help players who are facing financial problems to build their lives in an even better way. The competition will also help find talented volleyball players in India and further develop the rich talent pool of the country. volleyball in India.” It will also help players to break into the Indian side and make our country proud. I am personally very excited to play in the RuPay Prime Volleyball League and I cannot express my excitement in words,” he said.

Speaking about how he fell in love with the game, Manoj, who is the son of a bus driver, said: “I started playing volleyball in school when I was 12 years old. I had a good physique and structure to be a volleyball player.” “But I started playing the sport properly when I was 17 years old under the guidance of my coach Ramesh Patel. That’s when I developed a craze for the game,” said the volleyball player, who works for Indian Bank in Chennai.

The middle blocker added that he further honed his skills at a sports hostel in Bangalore. “Patel sir trained me and helped me join DYES (Karnataka Sports Authority) hostel in Bangalore and I met my coach and role model Dakshinamoorthy at the sports hostel. He helped me reach my best level. I had I’m very lucky to have been trained by great coaches, who inspire me every day. They have worked hard constantly with sheer willpower and have a lot of love for the game. I have a lot of respect for them and they have always pushed me to keep trying.”

The RuPay Prime Volleyball League will feature 24 games and the League will shortly announce the matches for the upcoming season of action.