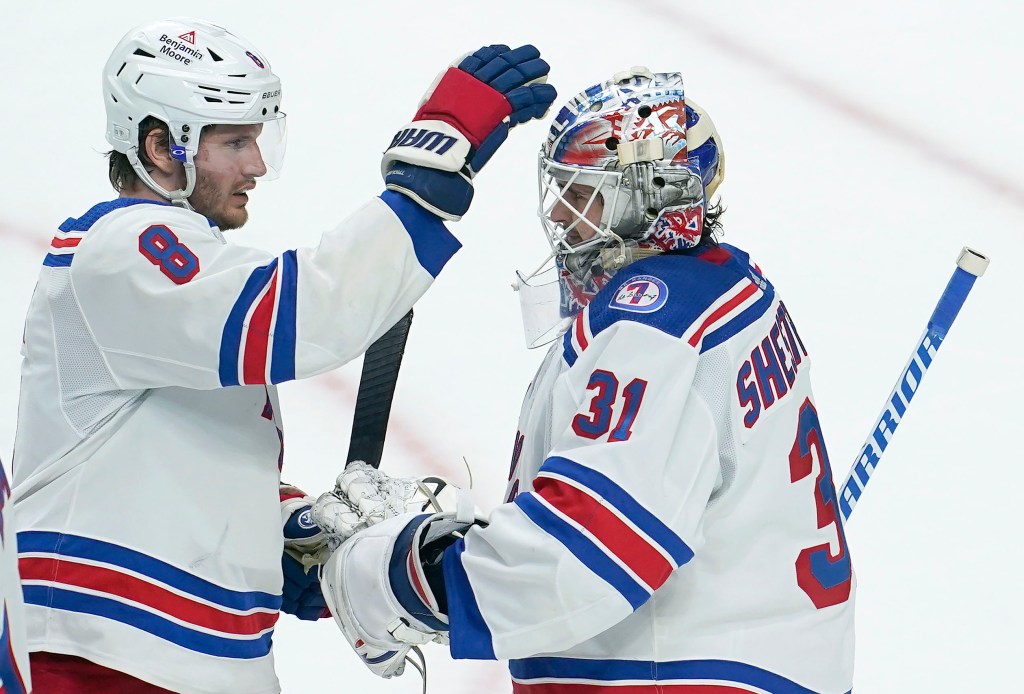 SAN JOSE, California – Igor Shesterkin had not had a full training session since January 5, had not played since January 2 and was just cleared of the COVID-19 protocol on Thursday morning after being out of the game for three games in over the past week.

Still, he got the starting task, and the 37-save shutout, Thursday in Rangers’ 3-0 win over the Sharks, while Alexandar Georgiev backed up and Keith Kinkaid returned to the taxi team.

Shesterkin had only started three of Rangers’ previous 15 games since suffering a groin injury in the third period of a 1-0 win over the Sharks in Garden on 3 December. The 26-year-old Russian missed eight matches in rehab, returning to the first of three straight starts on December 29 and backing a game before testing positive last week.

“I do not think he gets enough attention,” acting coach Kris Knoblauch said of Shesterkin, who apparently came on the ice once at home after his positive result was announced on January 6. “In New York he does, but about the NHL, when talking about the elite goalkeepers in the league, he might be mentioned once in a while, but he should be mentioned in that conversation all the time.”

Georgiev, who came after four straight starts for the first time in his NHL career, recorded a record of 5-4-1 with a 0.931 save percentage and 2.06 goals against the average in 10 starts and 11 appearances since Shesterkin first got out of the game. early last month.

Alexis Lafreniere, Ryan Reaves, Julien Gauthier and Barclay Goodrow were in the COVID protocol. Dryden Hunt joined the team for the morning skate, but remained on injured reserve with the upper body injury he sustained in Vegas on January 6th.

The Rangers won 214 of 405 draws (52.8 percent) over the previous nine games that went into Thursday, and had risen to 25th place in the NHL in face-off efficiency of 47.7 percent. Zibanejad won 93 of his 154 draws over this stretch for 60.3 percent, raising his seasonal work on the dots to 51.8 percent.