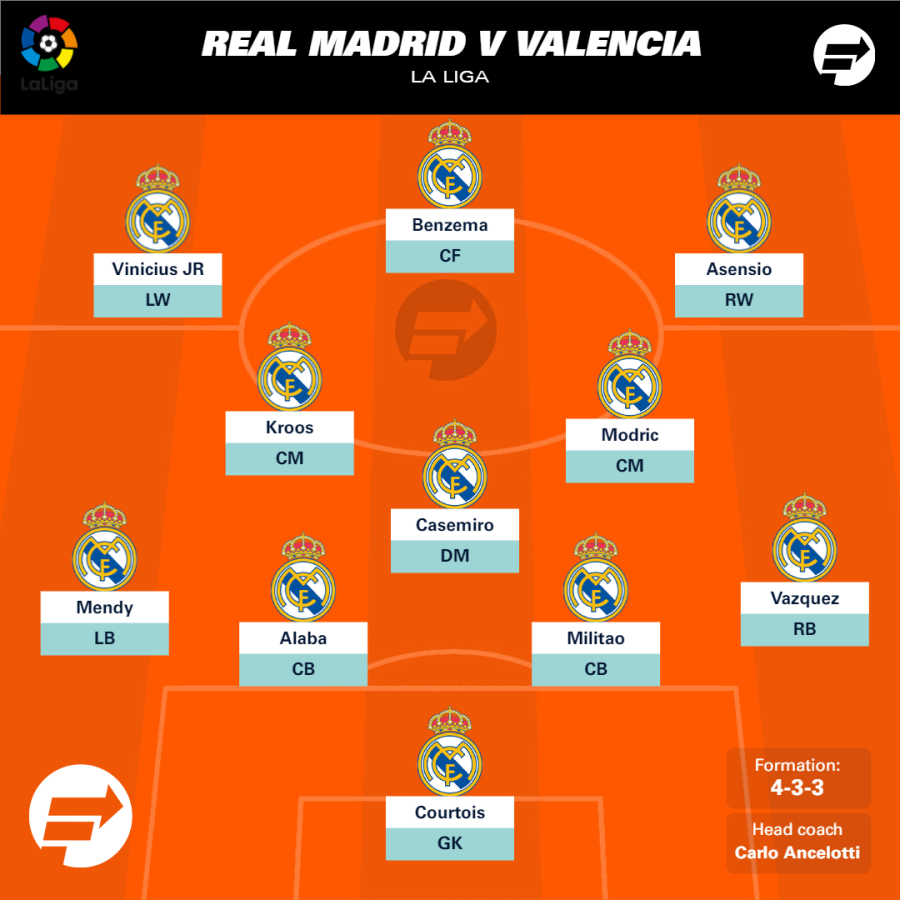 Real Madrid will welcome Vinicius Junior to the starting eleven for this weekend’s La Liga game against Valencia at the Santiago Bernabéu.

The Brazilian has missed the last two games with Real Madrid after being isolated by a positive coronavirus test.

His absence has also been felt, since although Los Blancos won the Copa del Rey during the week, defeating Alcoyano 3-1, they lost the previous game that ended in a 1-0 away loss against the city’s rival. , Getafe, in La Liga.

Dani Carvajal is unlikely to participate while recovering from a calf problem, while Luka Jovic is unavailable due to a period of isolation.

Thibaut Courtois will go out on goal behind the back of Lucas Vázquez, Eder Militao, David Alaba and Ferland Mendy.

Toni Kroos and Luka Modric rested for the Copa del Rey victory and will probably return to midfield three alongside Casemiro.

Federico Valverde and Eduardo Camavinga will be the players to leave.

Mariano Díaz had to retire against Alcoyano due to a hamstring problem, so he will miss, although Karim Benzema would have entered as his replacement anyway.

Vinicius Jr and Marco Asensio will flank the Frenchman, with Rodrygo and Eden Hazard moving to the bench.