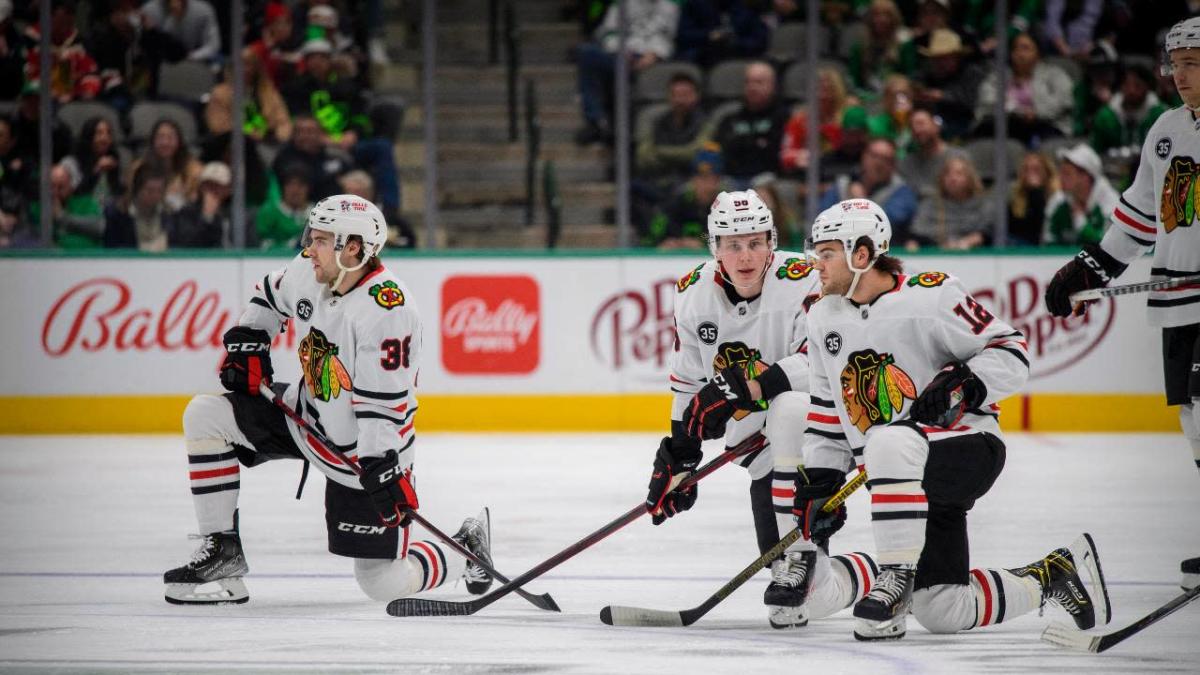 ‘Rejuvenated’ Hawks ready to get started again, but when? originally appeared on NBC Sports Chicago

After a five-day vacation break, the Blackhawks returned to training at the Fifth Third Arena on Monday and felt fresh. The break allowed players and coaches to seriously recharge their batteries, both mentally and physically.

“It was [nice] in fact, “said Connor Murphy.” Usually we only have two and a half, three days where you try to get home quickly after a fight, have a late night and then not get as much rest so we were able to do a little of both during this break, get some sleep and rest and stay healthy, and then on top of that, see the family. … Usually you do not get to see them often during the year, so it’s always nice to be able to do it around the holidays. It’s a special time. “

“It was nice to have some time off, but I think we’re all ready to be back,” Alex DeBrincat repeated. “The rest is very nice and almost like the start of a new season. You feel rejuvenated and have some energy left. It’s just good to get started rehearsing again.”

The Blackhawks have some newfound energy, but it looks like they’ll have to wait a bit to channel it into a game mode.

Late Sunday night, the NHL announced that Tuesday’s Blackhawks game against the Columbus Blue Jackets has been postponed for COVID-related reasons. Less than 17 hours later, Wednesday’s game in Winnipeg was also postponed.

The next Blackhawks game is currently scheduled for New Year’s Day in Nashville. It’s exactly two weeks since their last game, which was played on December 18 against Dallas.

“Obviously, it’s a shame when games get postponed and stuff like that,” DeBrincat said. “But hopefully we can get them all in and go from there. I think everyone just wants to play hockey right now and I’m sure all the fans want to watch hockey. We’re just trying to get back to playing and to be healthy and do it that way. “

In some ways, the uncertainty from day to day has been more frustrating for the players than last year.

“I would say it’s probably a higher level of frustration,” Murphy said. “Last year we knew what we were getting into for a long time, so as much as it was hard to deal with some of the different protocols and the no fans in the bubbles, we could know it was just the way it was. that season.

“This year, when you have so much more hope of having matches in a row and a pretty long stretch of getting to play over 30 matches that way, the way we are pretty normal, it’s frustrating to go back. is something that is out of your control, how the COVID outbreaks have hit lately and you’re just trying to do what you can and that’s staying healthy and washing our hands, we’re all vaccinated and trying to get the boosters.

“We’re just trying to stick to that process and really hope it disappears and goes back to normal and keeps that frustration down and focuses on our game no matter what training days we have due to lost matches.”

The Blackhawks have now had five postponed games, including four at the United Center:

Make-up dates have not yet been set, but expect a majority of them to be sprinkled into February, when NHL players are no longer going to the Olympics.

Things seem to change from minute to minute, and the Blackhawks – like all other NHL teams – are just trying to roll with the punches.

“We’re just trying to follow what’s being told to us and stay clear and stay optimistic and positive that we’ll be able to get back to playing and be back in front of our fans and keep it going,” Murphy said. . “You look at situations, it could be worse, just some teams in Canada that do not have fans and it’s a hard way to come back to, so we’re just really looking forward to a chance to get back to the games and get back to trying to win and develop our game. “