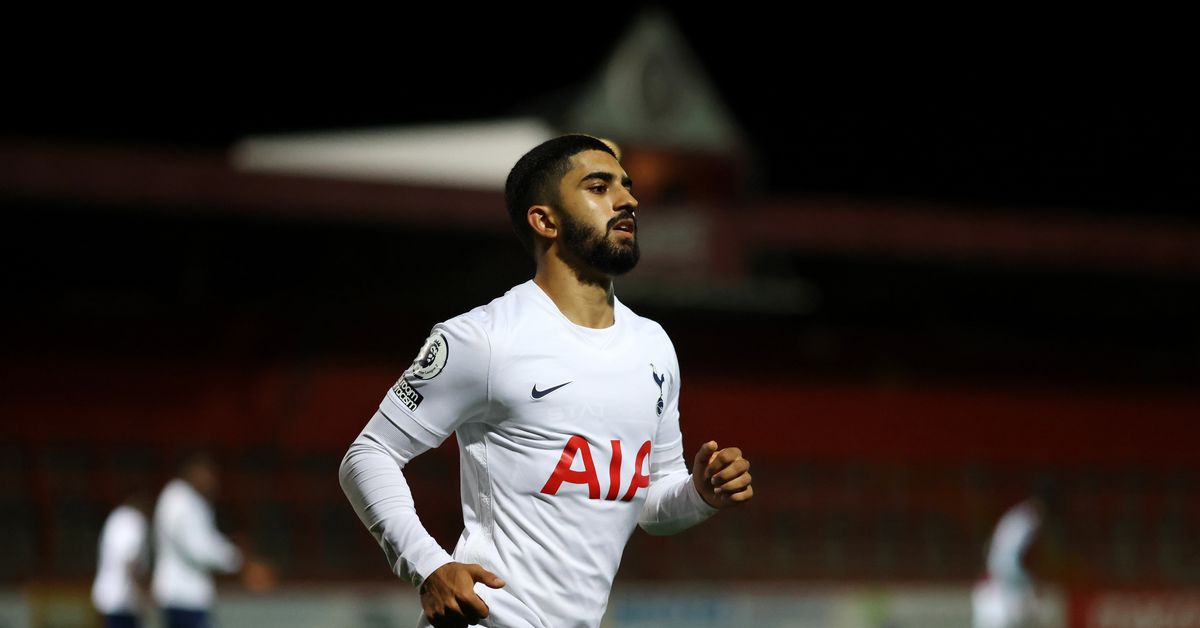 Yesterday we reported on Blackburn’s apparent interest in Tottenham Hotspur U23 striker Dilan Markanday, initially intended as a loan. However, some of you were skeptical in the comments that this was not the forerunner of a Blackburn approach to a full handover.

Well, you seem to be right. This morning our longtime friend Lyall Thomas reports in Sky Sports’ transfer tracker that Blackburn and Spurs are close to an agreement that would see Markanday go to the Championship permanently.

The Spurs had offered the U23 star a new contract, but he wants to play regular football in the first team.

A number of Championship clubs are willing to give him that chance, including Blackburn.

Stoke, Bournemouth and Nottingham Forest have also expressed interest. Markanday is in the final six months of his current contract with Spurs.

Dan Kilpatrick later came up with some additional details, including that Markanday could go to Blackburn for just an initial fee of £500k.

#thfc Per @SkySportsLyall, Blackburn & Spurs close to agreement on permanent deal for Dilan Markanday. Fee around £500k upfront but can go up to over £1million with add-ons and a significant resale clause. The deal could be announced next week. @standardsport

In the meantime, it appears that the Spurs are looking to fill Markanday’s role in the reserves with a new striker, Ramsgate forward Joshua Ajayi, who is apparently on a trial basis with the club with a view to signing a professional contract.

Excl: Tottenham has invited 19-year-old Ramsgate striker Joshua Ajayi (son of boxing trainer Tunde Ajayi) to train at the club next week. The teenager, who left Crystal Palace in 2020, has scored 17 goals this season at Step 4. Stevenage is also eager. More in my column on Monday… #THFC

It’s tempting to see what happened to Markanday as a failure in the way Spurs have developed their young academy talent. In recent years we have seen some shining stars of the Spurs academy and reserves leave the club on what amounts to a pittance due to concerns that their way into the first team has been blocked.

That’s not necessarily outrageous – their path would be blocked by many top club academy lineups and a club like Spurs won’t be able to bring every promising youngster to the first team. That’s just not how things work.

But until recently, Spurs have been seemingly reluctant to loan out their promising young players to gain experience and transfer value, especially under Mauricio Pochettino, and even more reluctant to give them first-team minutes before handing them over later. sell a healthy profit. There have been some notable successes – Oliver Skipp is obvious, you could argue that Japhet Tanganga is another. Tom Carroll was sold for £5million in 2017, Ryan Mason for £13million in 2016, etc. The club still ranks very high on Dane Scarlett (who has yet to be loaned out) and Troy Parrott.

But for every success there have been players like Keenan Bennetts, Dennis Cirkin, Reo Griffiths, Luke Amos and more – solid talents but who had few first-team or loan opportunities and ended up being sold or fired, for free or under value. And there’s also someone like Cameron Carter-Vickers, with whom the club should have made a small profit years ago, but who is somehow still kicking around the club at the age of 24, constantly on loan with no real interest in the perceived value of Spurs.

Tottenham youth watcher and prominent Spurs podcaster Windy outlined this perspective on Twitter this morning – it’s not necessarily about promoting these players to the first team. It’s that the Spurs have seemingly mismanaged these players towards the end of their Spurs careers, leaving a ton of potential money on the table.

Windy isn’t wrong here, but I think it’s more complicated than this. Look – youth development is difficult. Sometimes you catch lightning in a bottle and end up with a Harry Kane or an Oliver Skipp, but most of the time not. Players don’t develop at the same pace and sometimes they falter or even completely fail. The fact that the Spurs have managed to get players like Kane, Mason and Skipp through the academy to the first team is remarkable, but has probably distorted the opinion of many Spurs supporters about academy players in general.

That includes this blog! Even hyped players like Parrott and Scarlett may not turn out to be as high a level as people once thought or wanted – based on his current loaned performance, Parrott could surpass at Championship level. Heck, we once thought Tom Carroll would become Xavi, but after he left Swansea he has a solid career in the second division into his thirties. That doesn’t make them failures – it’s hugely valuable to bring out a few talents at the 2nd or 3rd division level every year.

These young players have also woken up in recent years to the fact that they also have agency in their future. From this perspective, it’s smart what they’ve done by finishing their contracts – it gives them the only measure of control they have, the right to leave for something they think is better. That also forces the club to ask what they can charge for other clubs that may be interested in buying.

So in that sense a small fee to Markanday in exchange for a bunch of escalators if he gets it right, a healthy resale clause and possibly a buy-back option isn’t the worst thing in the world. As I understand it, that’s similar to deals Spurs arranged for Amos, Cirkin and Edwards when they left the club – it trades instant cash for a long-term bet that the player will be fine in the end, basically an extended hedge, although Spurs don’t. have some control over their future development.

I’m trying to balance my frustration that the Spurs are ready to ditch Markanday without giving him a real first-team look with a more measured look at the academy and why things are the way they are. Spurs may not have gotten millions for Markanday, but that doesn’t necessarily mean they screwed up completely.