Before his singles match with Sheamus in WWE this week Slap, Ricochet debuted a new entrance theme song. Additionally, the SmackDown Superstar showed a different side of his character, doing a mini-dance during the entrance and the match itself.

Before their match, Sheamus blamed Ricochet for breaking Ridge Holland’s nose in a backstage segment. Sheamus continued on how to get back at Holland, vowing to give his opponent “the beating of his life.” As noted above, Holland provided an injury update on his broken nose, confirming that he recently had surgery.

Ricochet and Cesaro have been in a feud with Sheamus and Holland for several weeks. For those who missed it, Sheamus defeated Ricochet with the Brogue Kick. You can click here for the full results from SmackDown.

You can listen to Ricochet’s new entrance music at this link. (H/T to reddit). 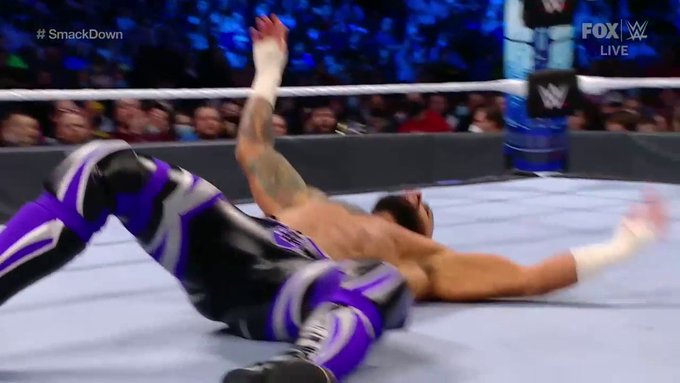 Have a news tip or correction? send to [email protected]