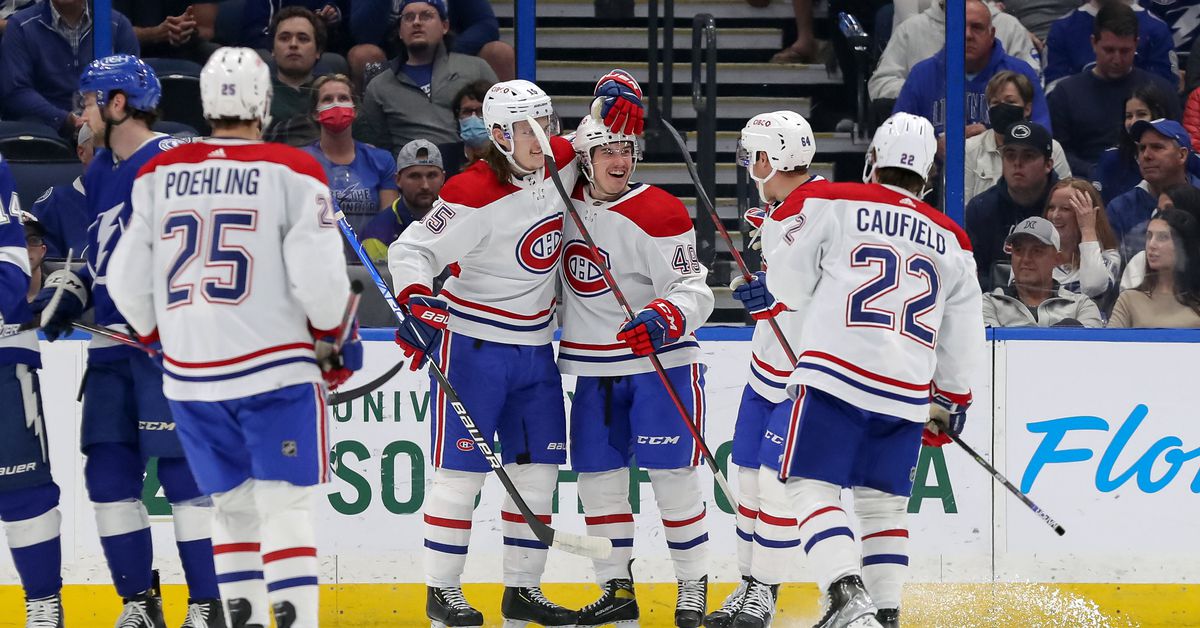 Thoughts before the game:

3) Much better than socks

2) He must also have received them for Christmas

1) Playing well against the NHL’s top team, thinking about the upcoming first overall pick, not a bad night for fans of the Montreal Canadiens