The Saints Row release date has been pushed back by about six months, developer Volition has announced. The studio’s creative director Jim Boone has issued a message announcing that the upcoming reboot – the next part of the long-running action-adventure game series – has been delayed from the launch date of February 2022 to August 2022.

The Saints Row reboot was originally scheduled to arrive on February 25 next year, but the delay means it now falls on August 23 instead. “Our priority is to create the best Saints Row game yet, and if we released on the original date, it would not be up to the standards we have set ourselves and that you expect and deserve,” Boone explains in the message. , which is posted on the game’s website. “The team just needs more time to make our vision fair; we are making some tweaks and there will not be much change in the game outside of the overall quality and polishing. ”

Boone goes on to explain that the study “underestimated the impact” that the ongoing COVID-19 pandemic would have on the team’s schedule, but notes that they adapted to working from home very quickly and “continued to be incredibly productive.” The study says it has become clear that the developers just need some more time with the new Saints Row to make the most of it because of the “size and scope” of the game.

The message describes this extended development time as “generous, yet essential”, which should help the team reach their reboot ambitions – the “biggest and best Saints Row game ever” that Boone repeats here.

The post goes on to add that we will not see any changes in the story, the characters, “or anything that we have lovingly imagined over the last few years and have already shared with you” – so good news for fans who are excited about what has been revealed so far. We’ve seen a few so far, including a fun look at Saints Rows gameplay last month, which gave us a pre-alpha look at some chaos in the dune buggy and the sights of the surroundings, Santo Ileso. There have also been a few clips revealing Saints Row districts, mission types, and action that you can check out on the game’s YouTube channel and website at these links. 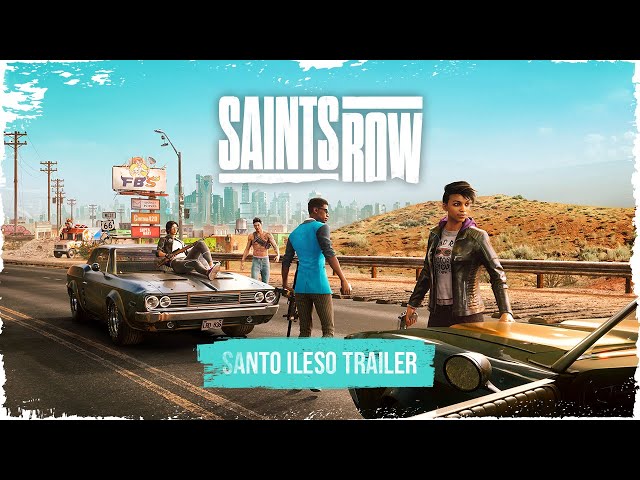 “As gamers ourselves, we know what it feels like to have something delayed that one has been looking forward to; it’s frustrating and you feel disappointed, ”Boone adds. “But we also know that when we finally get Saints Row in your hands, it will have been worth the wait. It is our absolute priority to get this right. ”