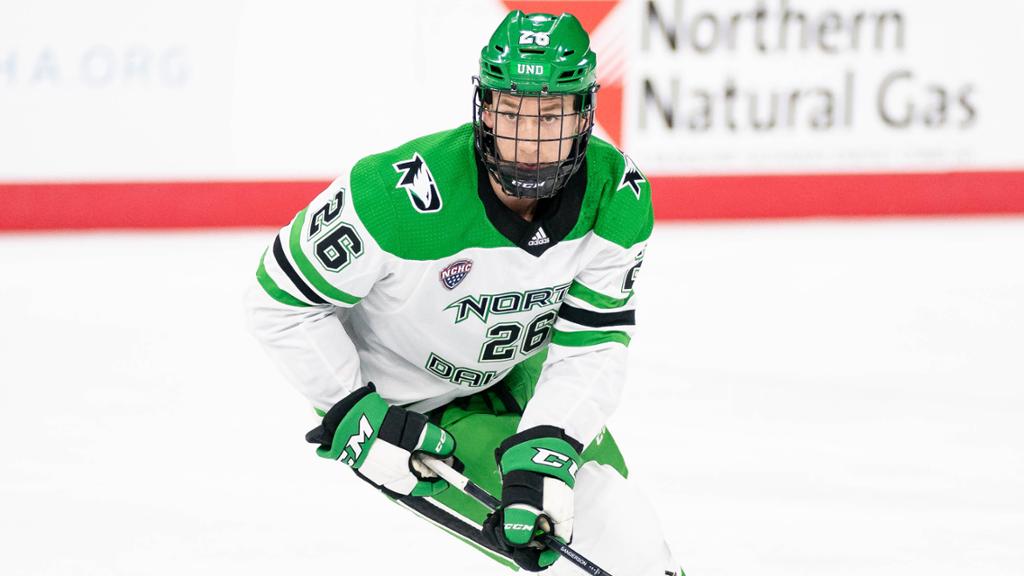 Ottawa Senators prospect Jake Sanderson has been nominated for the 2022 Hobey Baker Award.

Sanderson has been excellent so far this season for North Dakota, where he has six goals and 22 points in just 17 games.

His 22 points are the second most among blueliners in the NCAA, while his average of 1.29 points per game. games are the best among collegiate d-men.

The 19-year-old’s 16 assists this season are the 13th most in the NCAA and are third best among defenders. Sanderson was also named captain of the United States 2022 World Juniors team.

Last season, Sanderson’s UND teammate, Shane Pinto, was one of three finalists for the award. Senators forward Adam Gaudette was the 2018 winner after a dominant season with Northeastern.

Fans can vote for the winner with the first phase of the poll now open until March 6th. At that time, 10 finalists will be nominated before the Hobey Hat Trick of three finalists is announced on March 31st. The winner of the Hobey Baker Award 2022 will unveil on April 8th.