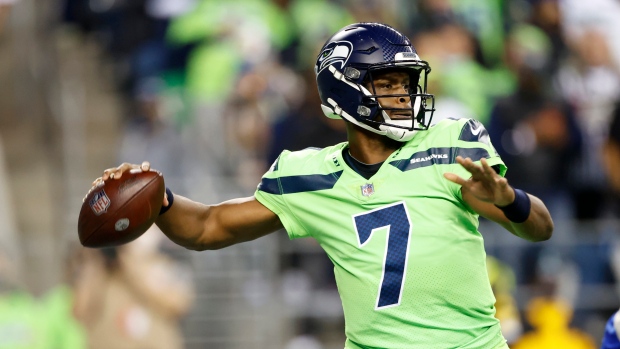 SEATTLE (AP) – Seattle Seahawks backup quarterback Geno Smith was arrested on suspicion of driving under the influence Monday after the team’s season-ending victory in Arizona.

“Geno is fully cooperating with the investigation. I hope an open mind can be maintained by all as the facts are ascertained,” Smith’s attorney Jon Fox said in a statement.

Smith has just finished his third season with the Seahawks and had the most extensive playing time during his tenure in Seattle. He appeared in four matches and started three while Russell Wilson was out due to a finger surgery. Smith threw in 702 yards and five touchdowns with one interception.

Smith had only appeared in one game during his first two seasons with Seattle. He was on a one-year contract with Seattle and will be a free agent after the end of the current NFL season.

Seattle coach Pete Carroll said Smith attended meetings at the end of the season on Monday after being released from custody.

“We have to let his people handle all that. He was in the meeting with us today. I have nothing but that,” Carroll said.