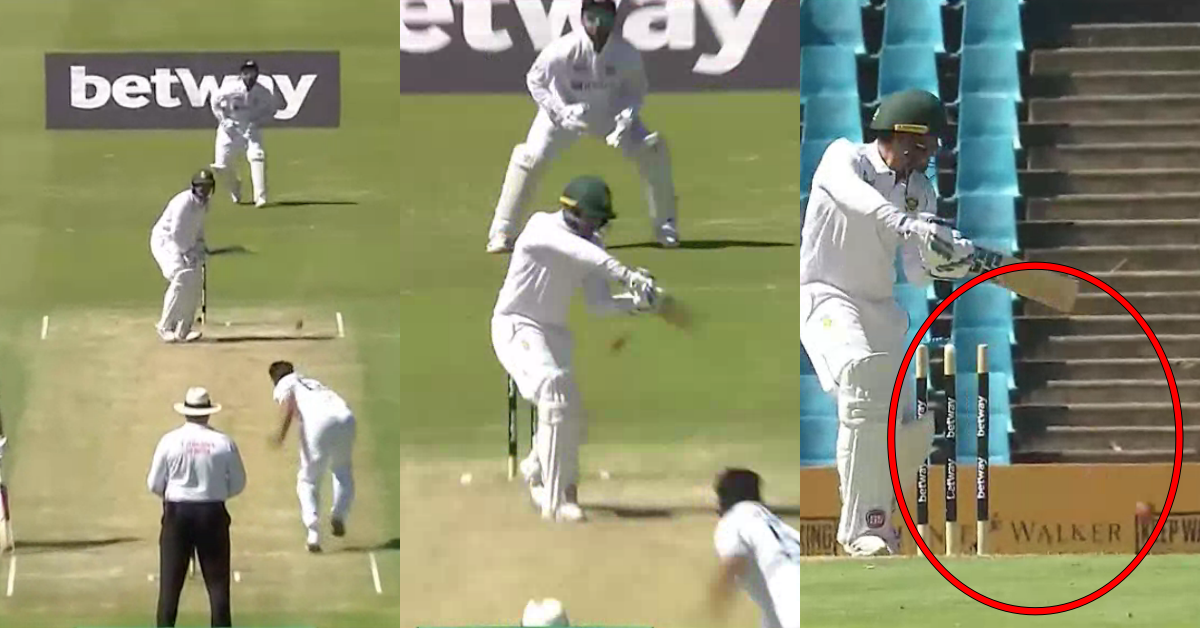 South Africa Wicketkeeper-batsman Quinton de Kock and vice-captain Temba Bavuma looked brilliant against the Indian bowling unit and they played a counter-attack innings after losing some quick wickets, they added 72 runs of 134 balls before de Kock was rejected by pacer Shardul Thakur in the first ball in the 35th over.

Shardul Thakur unleashed a swerving effort from the right that the visitors’ keeper did well to tip wide. Also Quinton de Kock was really mad at himself after the firing.

South Africa gets off to a bad start on Day 3

South Africa got off to a very bad start against the Indian tempo trio Jasprit Bumrah, Mohammed Siraj and Mohammed Shami.

Jasprit Bumrah gave India the big breakthrough in the first over himself by rejecting the opponent’s captain Dean Elgar in the 5th ball.

Then Keegan Petersen and Aiden Markram, who were trying to build a partnership, were fired by senior pacer Shami. Rassie van der Dussen was also sent back to the pavilion by Mohammed Siraj.

At the time of writing, half of the South African team has been sent back to dugout and Temba Bavuma is teaming up with Wiaan Mulder.