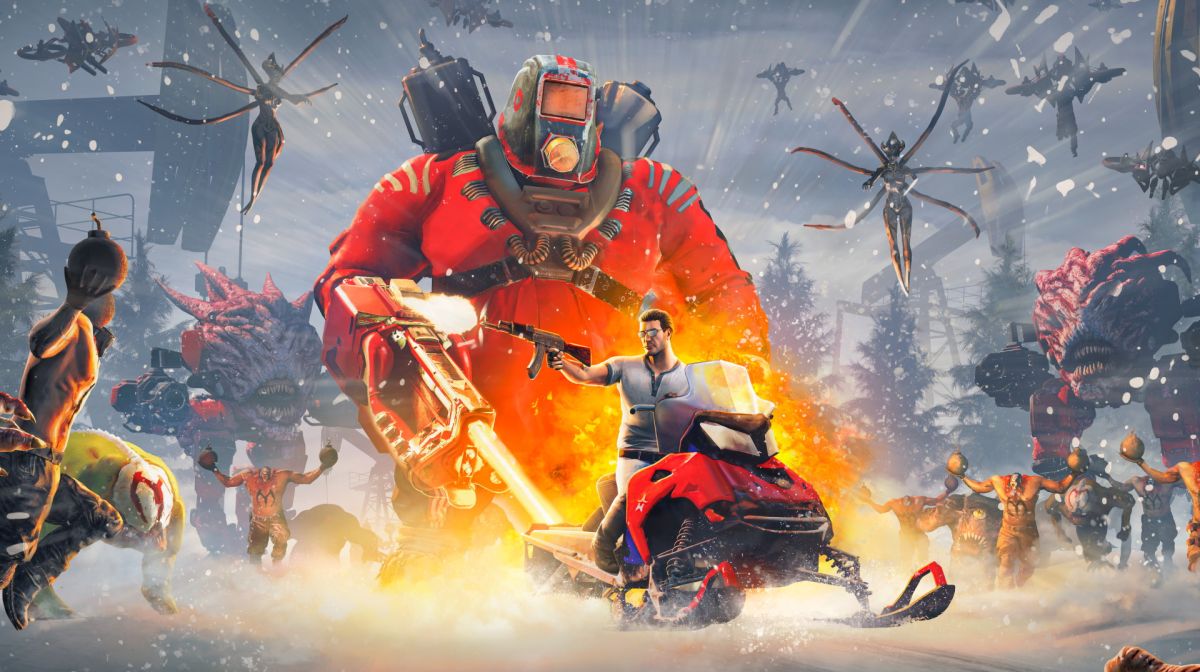 Siberian Mayhem offers five “massive” new levels in the rugged Russian north, with action across the Arctic coast, deserted forests, abandoned villages and even a ghost town. New enemies and bosses will join the original horde, which in fun and interesting ways will be sprayed with new weapons and vehicles, including snowmobiles and new mechanisms.

However, it’s clearly still very much the old Serious Sam, which means massive hordes of ridiculous enemies that let the player from all directions while bullets fly and everything explodes. It’s not a bad thing – really, that’s the essence of the Serious Sam experience, and I’m definitely here for it – but as I said when the new game was first teased, I hope that along with all the new things in Siberian Mayhem, the designers have also tightened up the level designs. Great levels are amazing, but it’s not to wander aimlessly for minutes at a time through open, empty spaces (my biggest complaint about Serious Sam 4).

Serious Sam: Siberian Mayhem is available for wish list now on Steam, and will be available with a “bigger” discount for owners of Serious Sam 4. (Sorry, no actual numbers yet.) It’s set to be released on January 25th.